The Germanisches Nationalmuseum in Nürnberg is one of those huge, rambling, mysterious places where no matter what you're interested in, you can find a bit of.  First we headed for the small section of modern and contemporary art and found an assortment of German artists and themes.

There were several Expressionists, as you might expect in a survey of German art. 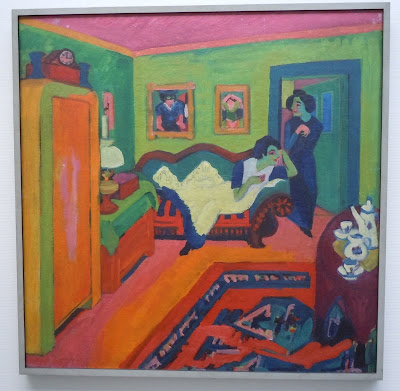 Ernst Ludwig Kirchner, Interieur mit zwei Mädchen (Interior with two girls), 1908/1926
(Kirchner was one of the Brücke artists I wrote about in an earlier post) 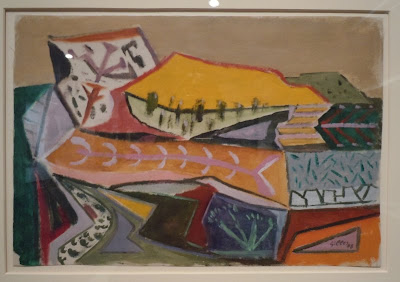 Several of the more recent artists had political themes. 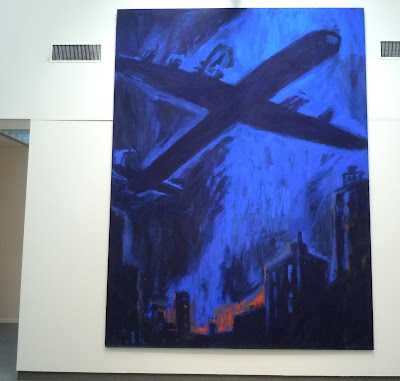 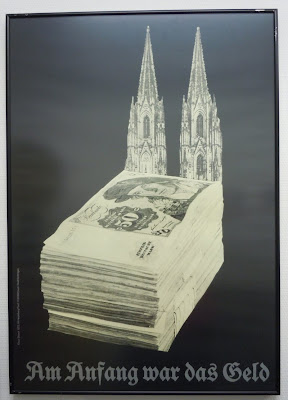 Next we went to the old masters, mainly in search of Albrecht Dürer, who was born in Nürnberg.  We found three beautiful pictures. 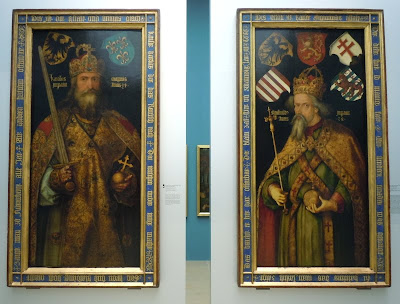 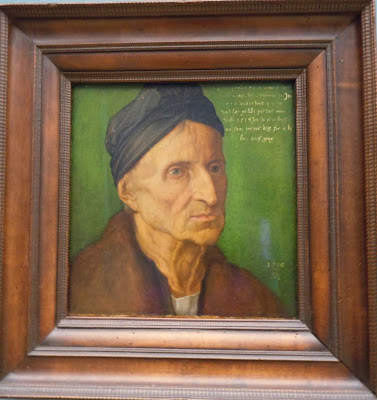 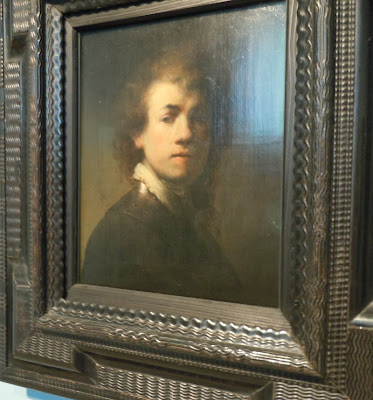 Rembrandt, Self Portrait in a Gorget, 1629
Don't know how he snuck into this pantheon of German art; maybe they made him an honorary member.  This is his earliest known self-portrait; sorry for the side view, but the reflections were fierce. 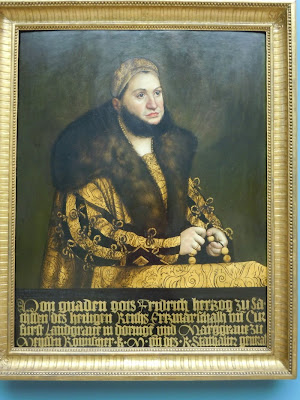 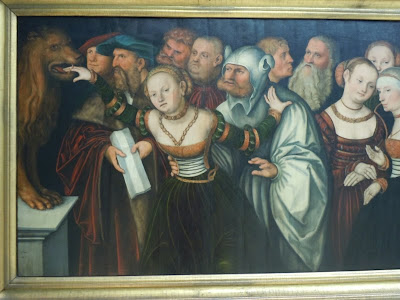 Lucas Cranach, The Fable of the Mouth of Truth
(you put your hand into the lion's mouth; if he ate it you were lying and deserved it)