Back at the sewing machine

If the man from Mars started reading my blog in October or November, he would probably wonder why I use the word "needle" in my title.  To judge from my recently reported activities, I've been doing everything but fiber art.  To an extent that's true, partly because I lost almost the entire months of December and January to travel and illness.  But I am happy to report that I am back at the sewing machine in earnest on a totally new project.

Although I consider my "serious" work to be the creation of fiber art for exhibit, I do love to work with beginning and intermediate quilters, encouraging and enabling them to develop more self-confidence in both design and execution.  I've often said that my mission in life is that nobody should ever have to use somebody else's pattern to make a quilt.

In aid of that mission, I am writing a book about quilting without patterns.  It's about using the traditional Rail Fence block as a launching pad for many variations and experiments.  We hope to have it published this spring -- electronically, not on paper, because the process of finding a conventional publisher and getting a book done is vastly more complicated and time-consuming than the exciting new world of e-publishing.

I found writing the book to be the easy part.  The hard part is coming up with the quilts to illustrate it, and that's what has been occupying me for the last couple of weeks.  None of these are quilted yet; I've been in piecing mode, cranking out top after top, one every day or so (hey, they're mostly small!).  I must report that it's really fun to whip out little quilts with minimal agonizing -- quite a change from my usual time-consuming and tedious processes that might keep a quilt on the design wall for weeks.

Here's the traditional Rail Fence, with the prominent color at the side of the block so it forms zigzags: 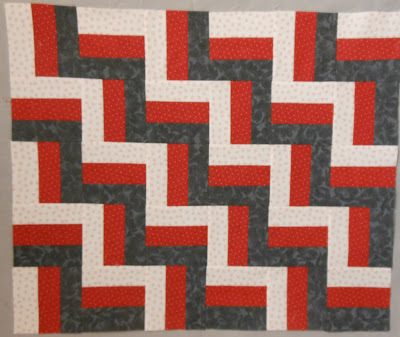 Here's the traditional block again, but the prominent color is in the center of the block so it forms over-and-under weaves: 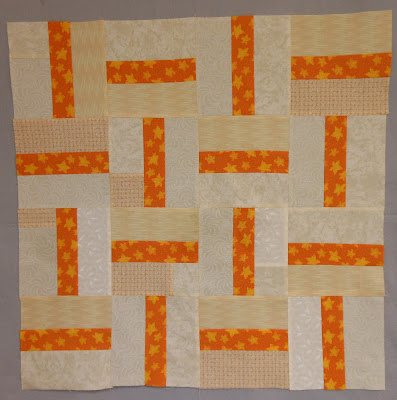 Here's a variation in which the block is rectangular, not square, and one of the rails is made up of smaller piecing: 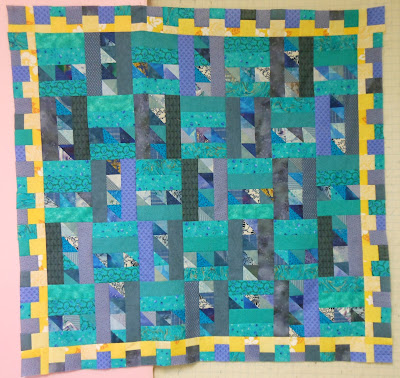 Here's one in which the blocks are small, rectangular and stacked into long columns: 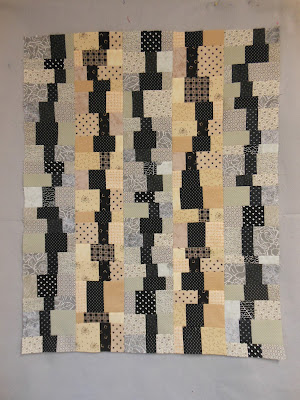 
Posted by Kathleen Loomis at 6:34 AM