This post is indeed about a hand-stitching tutorial, but the student is me.  I was browsing around on the Interweave/Quilting Arts website the other day and discovered a mini-book that's available for free download.  It's called Hand Sewing for Quilters and includes several articles on different stitches.  I glommed onto the article on the running stitch, which of course I have known how to do for decades, but was excited to see how it was used in this particular body of work.

The artist was Julia Caprara, an influential artist and educator in the UK who died in 2008.  I had not been familiar with her name, but a bit of googling revealed that she had inspired and influenced many fiber artists whom I do know.  The article I downloaded was a revisit of something she had written for Quilting Arts magazine several years ago.

Here's the photo that sent me running, so to speak, to my embroidery bag. 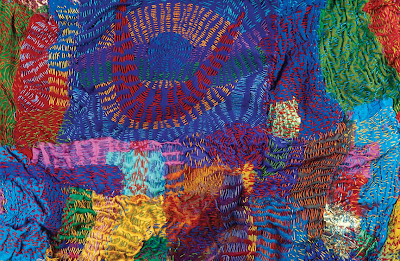 I focused in on the large motif at top center, with the red arc surrounding the blue sunburst.  I've been shamelessly using Julia's techniques in my daily stitching for much of the last two weeks.

The concept of using a bunch of running stitches to make shapes rather than lines is, of course, not new (think satin stitch) but I hadn't thought to use it that way until now.  I love it and hope that after working faux-Julia for a while, I'll be able to internalize the technique and make things that look less Julia and more Kathy. 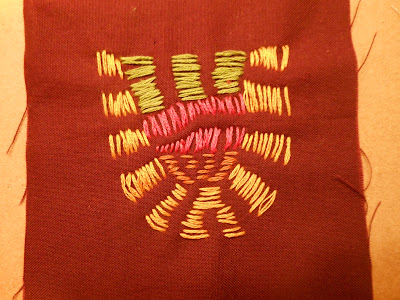 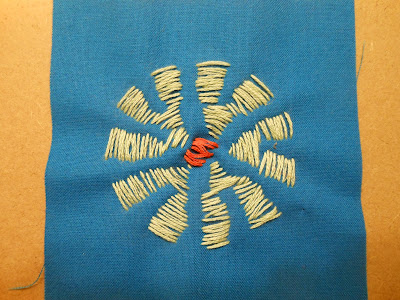 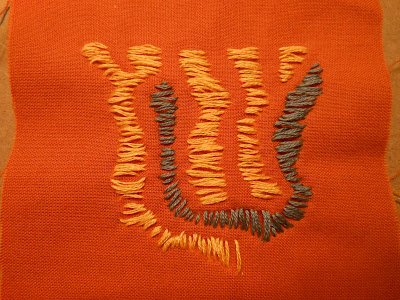 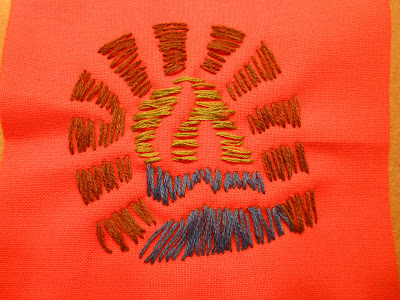 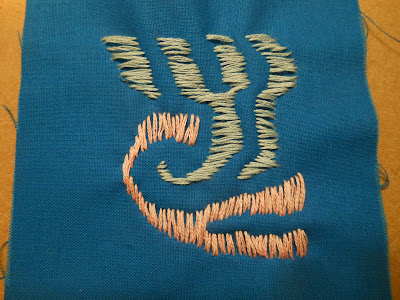