So after you've made more than 30 pieces in a series, isn't it time to move on?  That's what I have been asking myself for the last couple of months, after spending six and a half years with my pieced fine lines.  I'm up to 20 in the "Crazed" series, 4 in "Crossroads" and 8 in the "Fault Lines" series and some related works that are named something else.  The difference between the three series is one that may be appreciated only by their adoring mother, and the three approaches have occasionally blurred together.

I think I've pretty well mastered the technical aspects of this body of work -- my fine lines are almost always of uniform width, even when they pass a lumpy intersection of multiple seams -- and construction is fun.  But I've consciously resisted the temptation to do the same thing twice.  Each time I start a new piece I've tried to articulate exactly what was going to be different, and what I hoped to learn.  (I wrote about that a couple of years ago.)

Last year I was tempted by a SAQA themed call for entries to make a quilt in this style that was indeed a little different from its predecessors.  Check the photos to see how my "Fault Lines" quilts, starting with monochrome backgrounds, tiptoed into complexity with more than one monochrome background, got larger, but still retained their character as important line work on top of unimportant background. 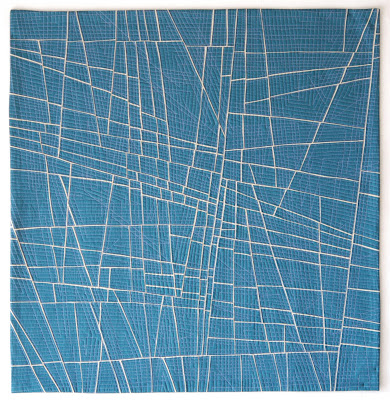 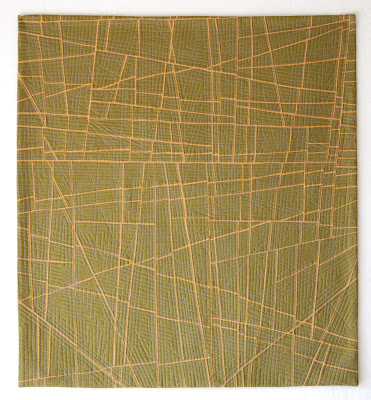 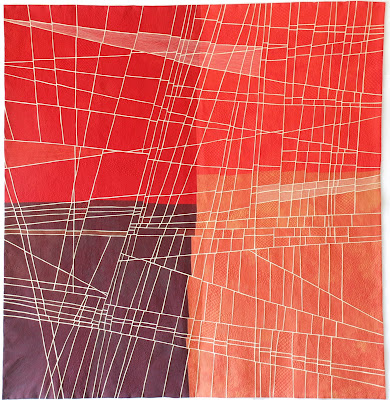 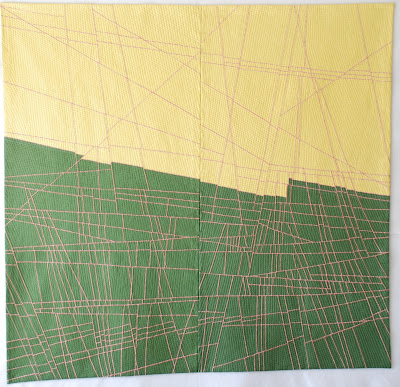 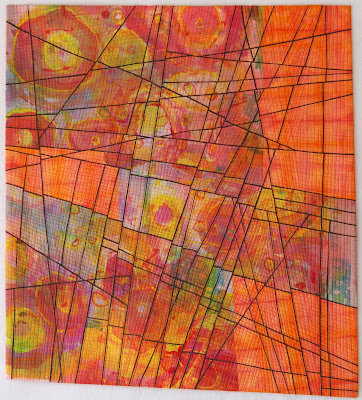 Then with "Big Ice," the series suddenly took on a new character with a background in several different values of blue.  For the first time, I was working with figure-ground relationships instead of just drawing networks of lines.

This was new territory, and begged for exploration.  Stay tuned, and I'll tell you tomorrow what happened next.