Junk art -- the kids make some

Here are the fourth-graders working on their junk art. 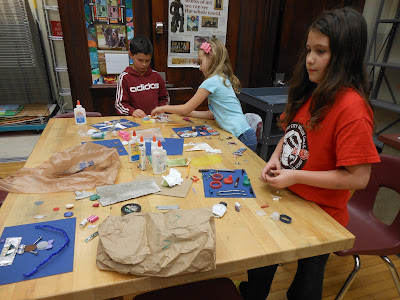 We had sheets of mat board for them to use as supports; they could choose either the blue side or the white side.  We had two hot glue guns going with grownup assistance, but encouraged the kids to stick down as much as possible with Elmer's glue.  Unfortunately, on some of the pieces the glue became a major artistic element.  (It will probably be less so after the glue dries.)

Some of them used my suggestion to group objects by color. 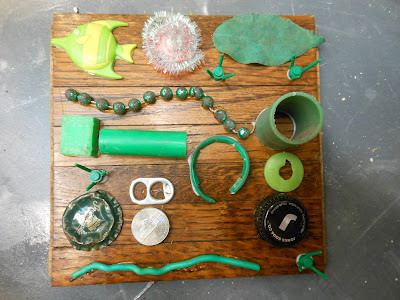 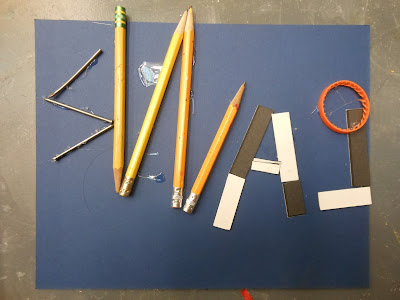 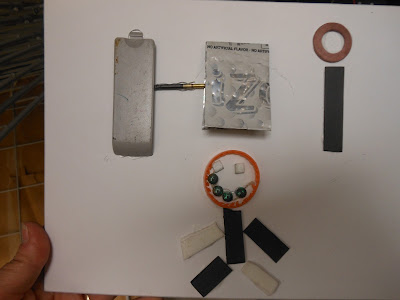 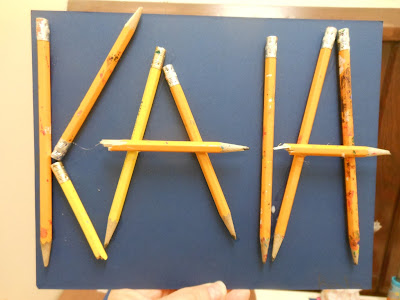 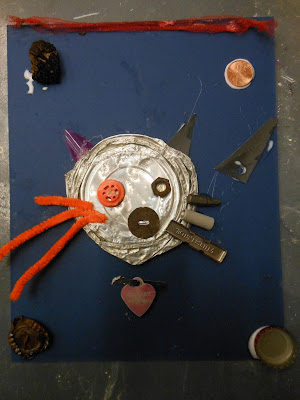 Others made symmetrical compositions. 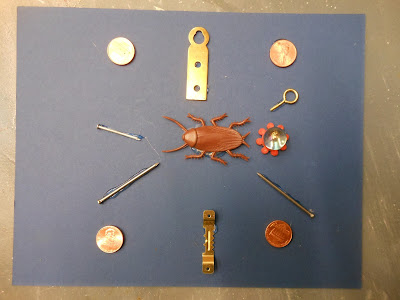 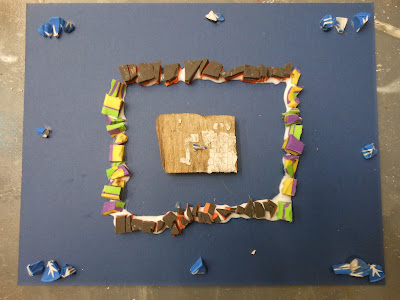 Some were possible candidates for psych evaluation. 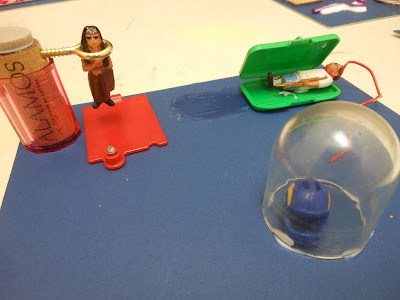 More later -- stay tuned.
Posted by Kathleen Loomis at 5:54 AM