I've written before about Laurie Doctor, a fine artist with whom I have studied calligraphy, and how she helped me become unblocked after decades of thinking I couldn't do that sort of thing.  This week I had the pleasure of seeing a show of her work, along with that of her husband, Steven Skaggs, who also does calligraphy, along with typography and related art.

For some time Laurie and Steve have made a practice of turning off all their electronic devices on Sunday.  Instead of keeping up with the world via internet or email, they take trips or make art.  When they do art, they frequently give themselves a task, which both of them complete that day.

Their show, at Patio Gallery in the Jewish Community Center in Louisville, features 25 pairs of such tasks. 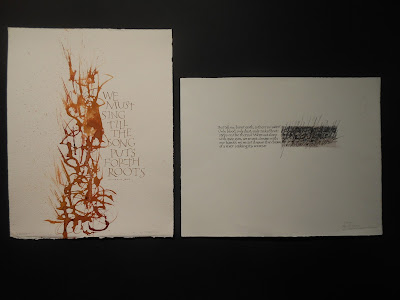 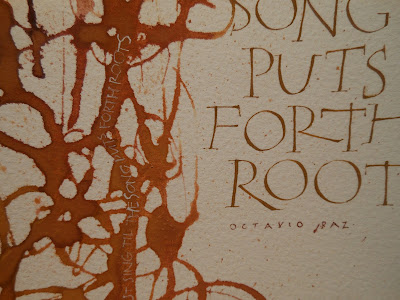 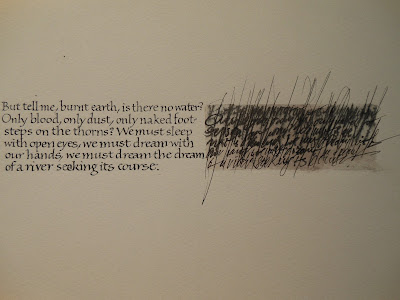 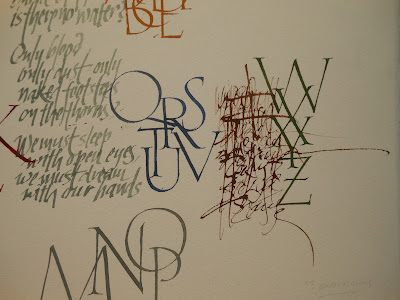 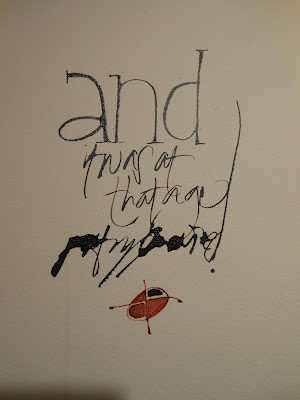 
On their "sabbatical Sundays" Laurie and Steve work at the same table, but without much interaction, unless the task specifically calls for it.  For instance, one day they made two alphabets, in which each did an A, then they exchanged papers while each made a B, etc.

Although most of the paired works have to do with text, one day Steve brought in a small carved birdhouse and said that would be the inspiration for the day.  (Laurie at left below, Steve at right.)  You can see how Laurie's birdhouse is calligraphic in nature. 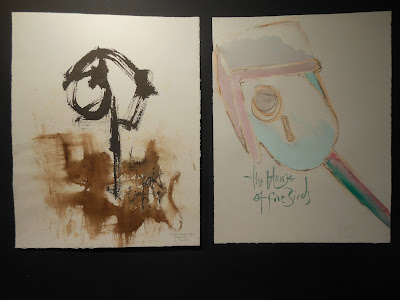 I am in awe of this work, and the resolve to devote one day a week to art or other activities uninterrupted by the outside world.

The show continues through June 11.