Perhaps you remember the early years of this century, and the fascination that many people had over the dates of 1/1/01, 2/2/02, etc.  For a while there it was old hat -- heck, every year you got a new one -- but people realized that the party was going to end on 12/12/12.  So on that day, a lot of people on the Quiltart list did twelve twelves on their blogs.

After checking out several of those posts, I decided to run down to the studio and do one myself.  And then my friend Uta Lenk left a comment on the blog, "Now wouldn't that be a new Daily Art project for 2013?  13 thirteens for thirteen - what - weeks, months?" 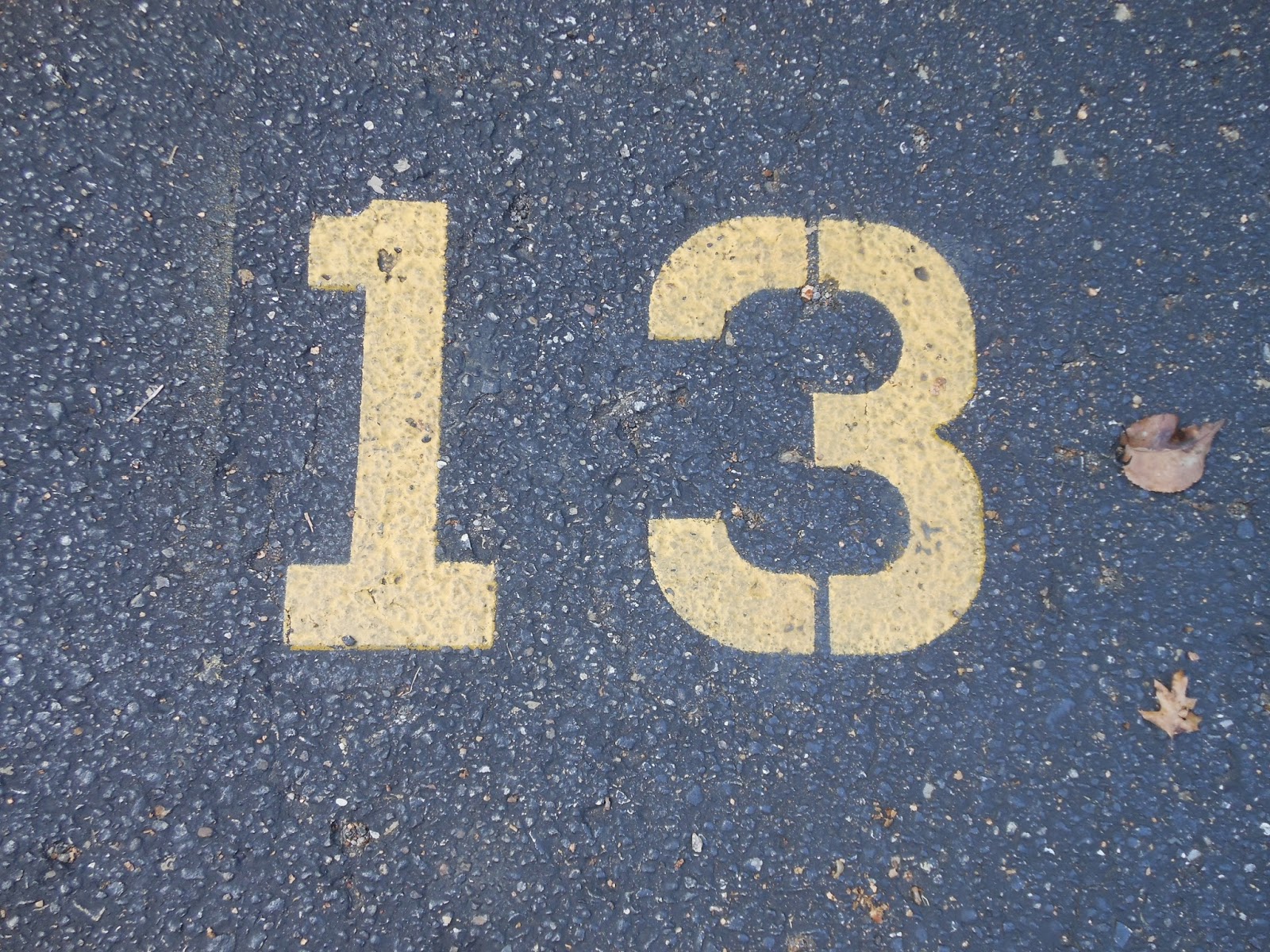 Uta and I share an enthusiasm for daily art, projects in which you commit to following the rules every day, week, or whatever.  She has documented several on her blog, including photographing her special tree every day in different weather, light and seasonal conditions; and finding a specified color each day to photograph.  This year she's taking a photo every day at high noon. 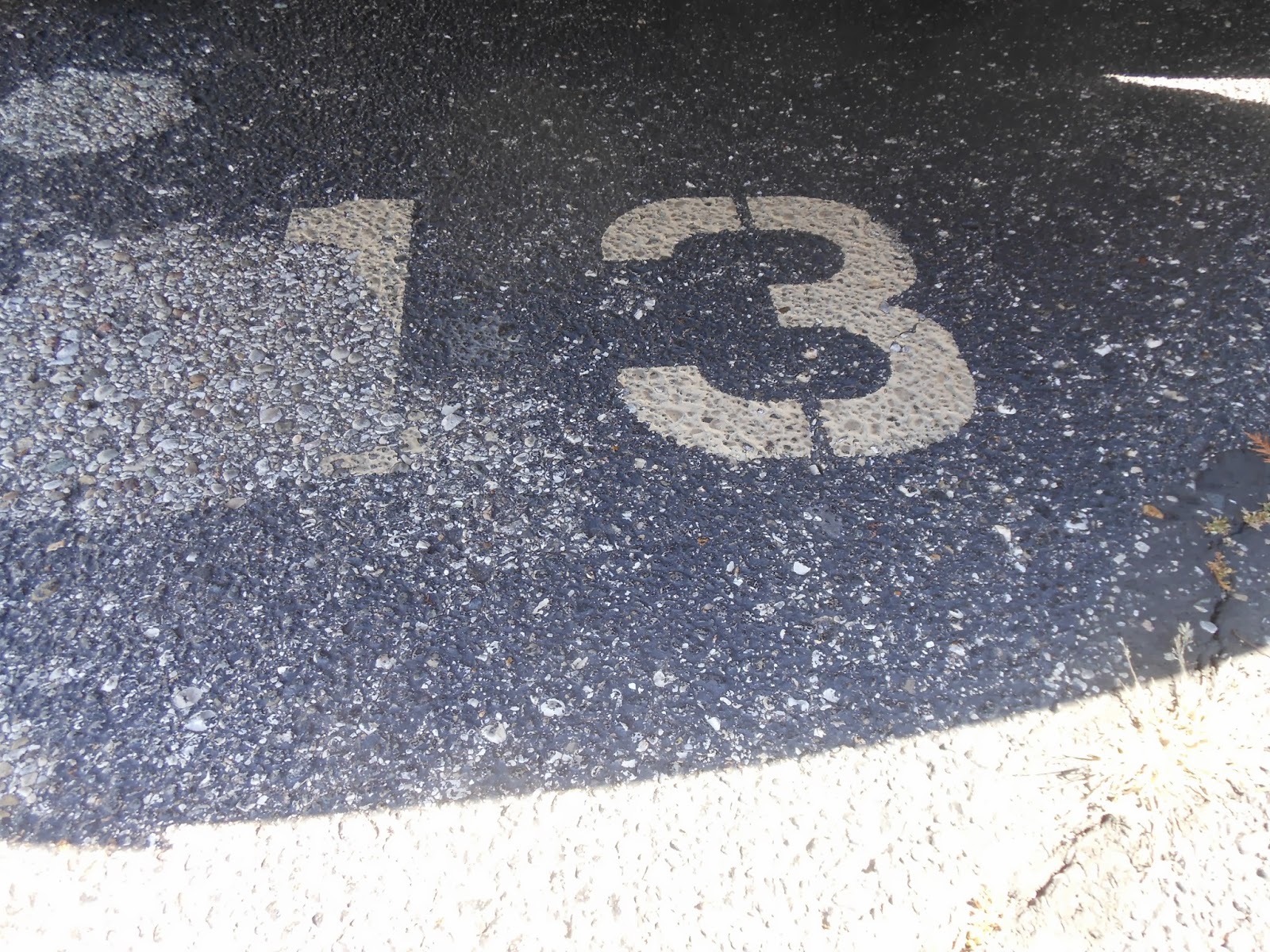 In 2010 and 2011 Uta and I did a year-long project called Daily Mail with very simple rules: every day, each one would send the other an email with one or more pictures attached.  I wrote about that  here and here and here.  We both enjoyed it so much that her comment about the twelve twelves immediately led me to issue a challenge: we would do thirteen thirteens during 2013, posting every fourth Tuesday. 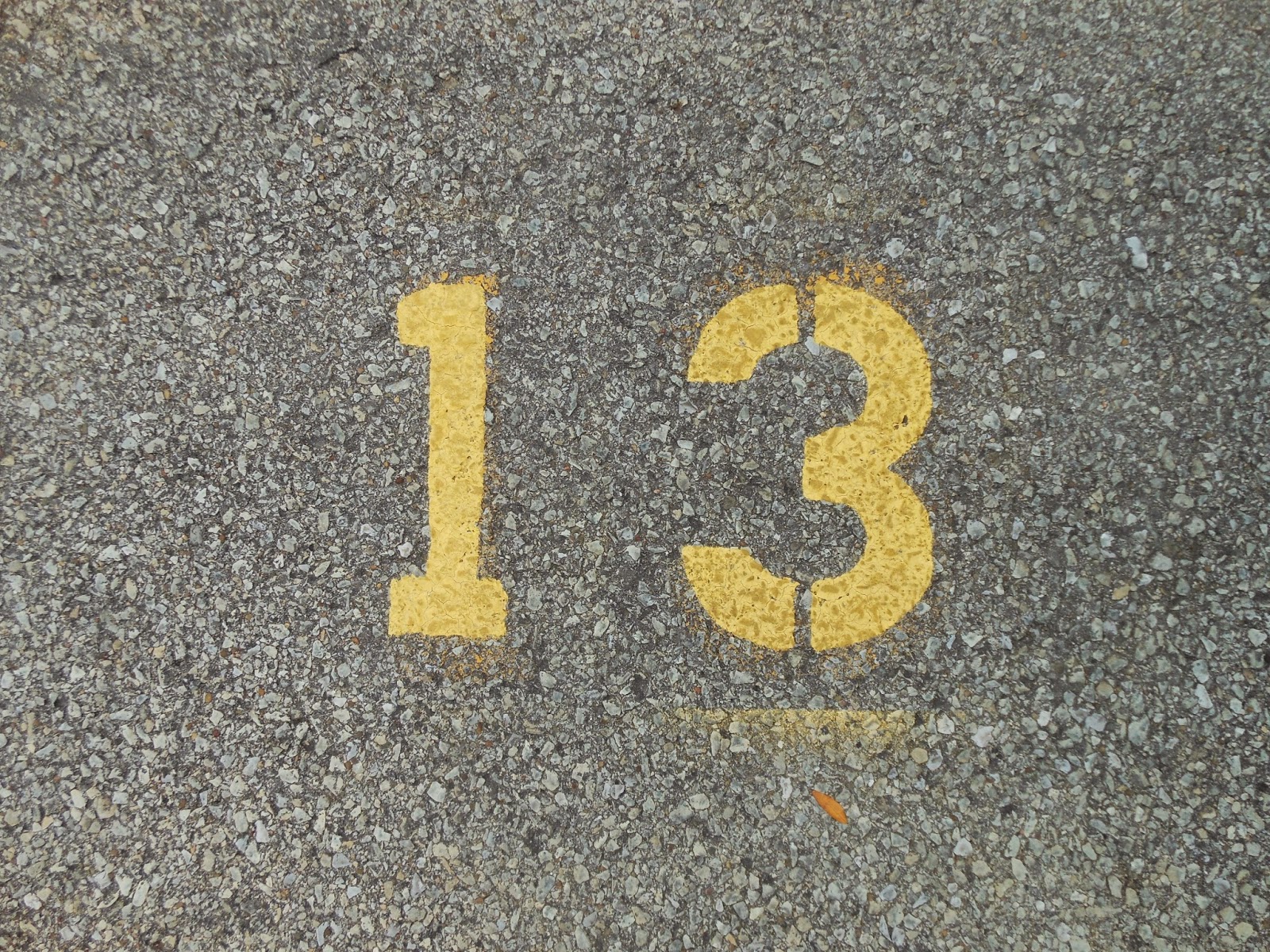 Unlike our Daily Mail project, in which the photos were frequently accompanied by commentary and discussion, here we said hardly anything. 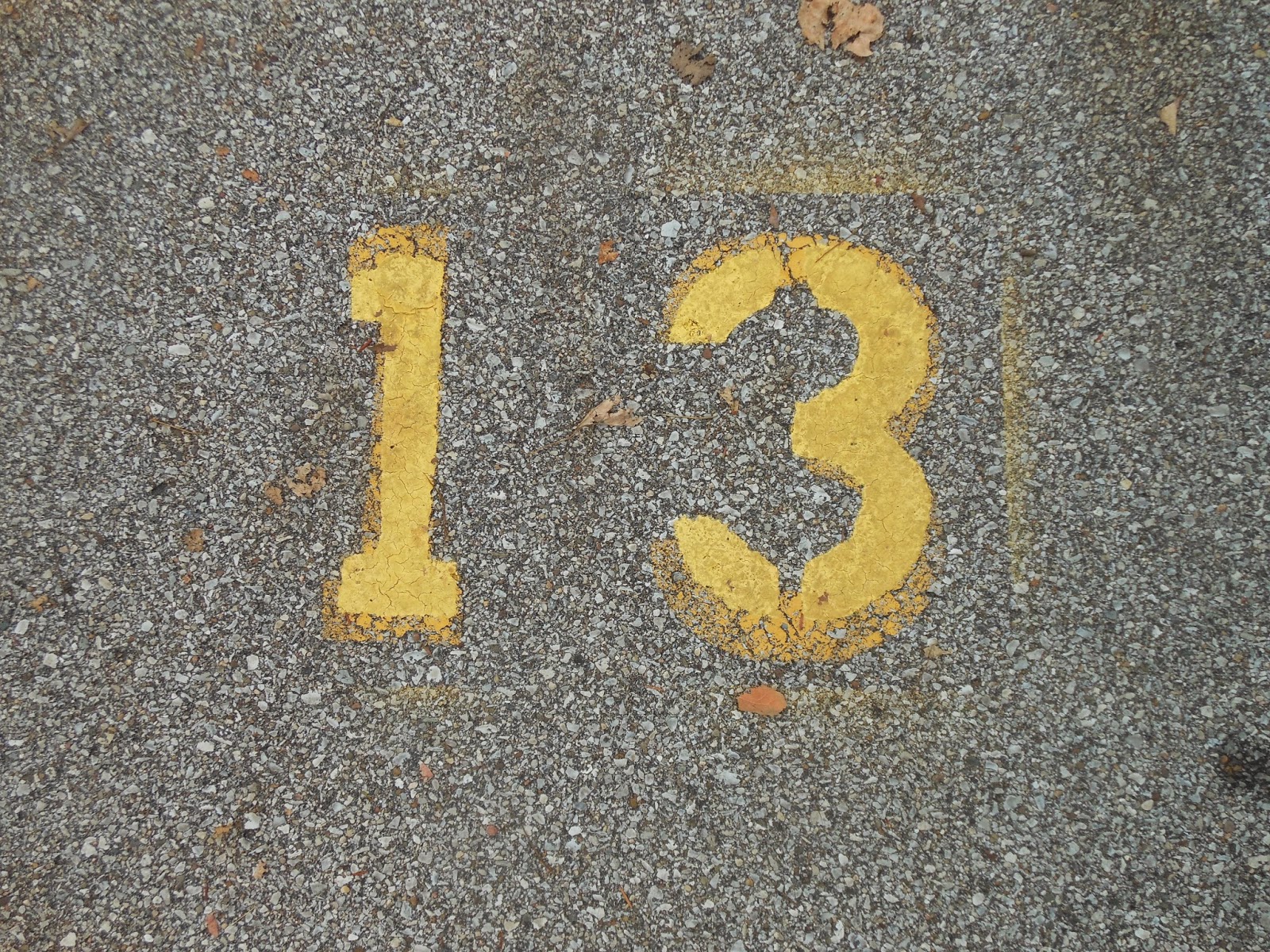 The blog was private during the year of the project, but now that it's complete -- that's 169 thirteens for each of us, or 4,394 things included in the collections -- we'd like to share it with you. 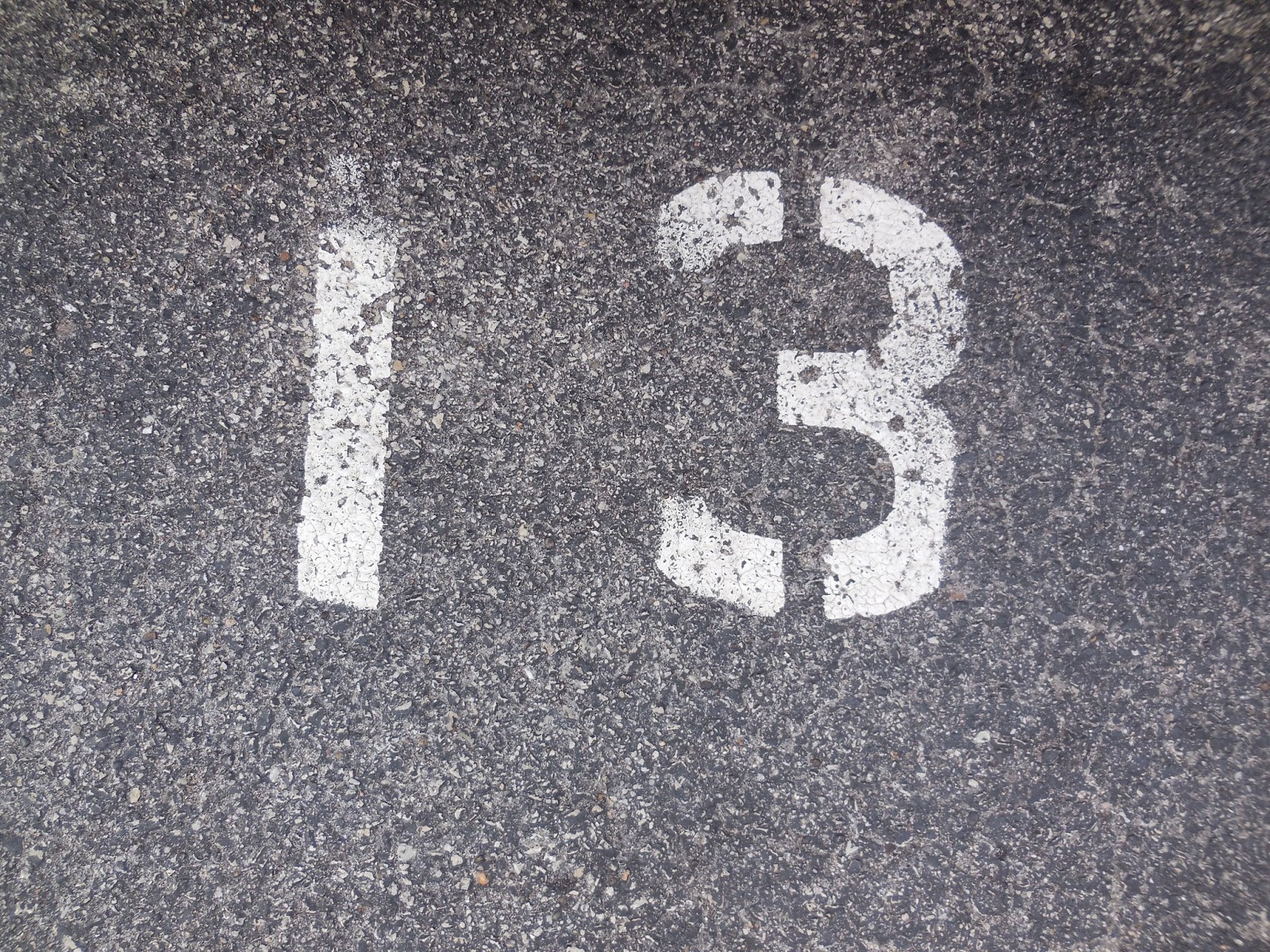 Since Uta lives in Germany and I live in the US, we went bilingual with the title of the blog: Dreizehn Thirteens.  Please visit us and check out all our thirteens! 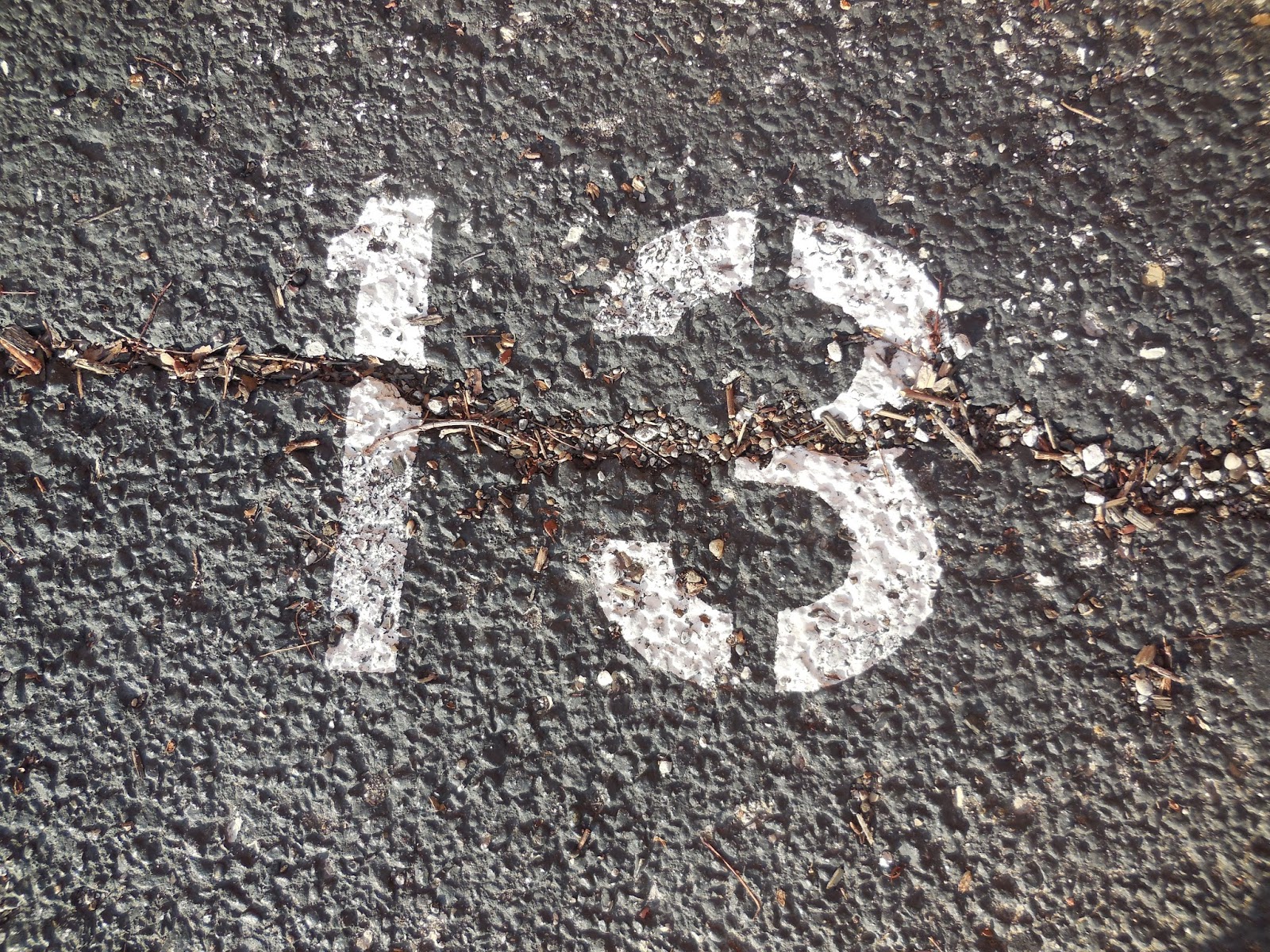 (The photos you see here are a bonus -- despite lurking about in parking lots for several months, I didn't get 13 pictures until the year was over, so never posted this set.) 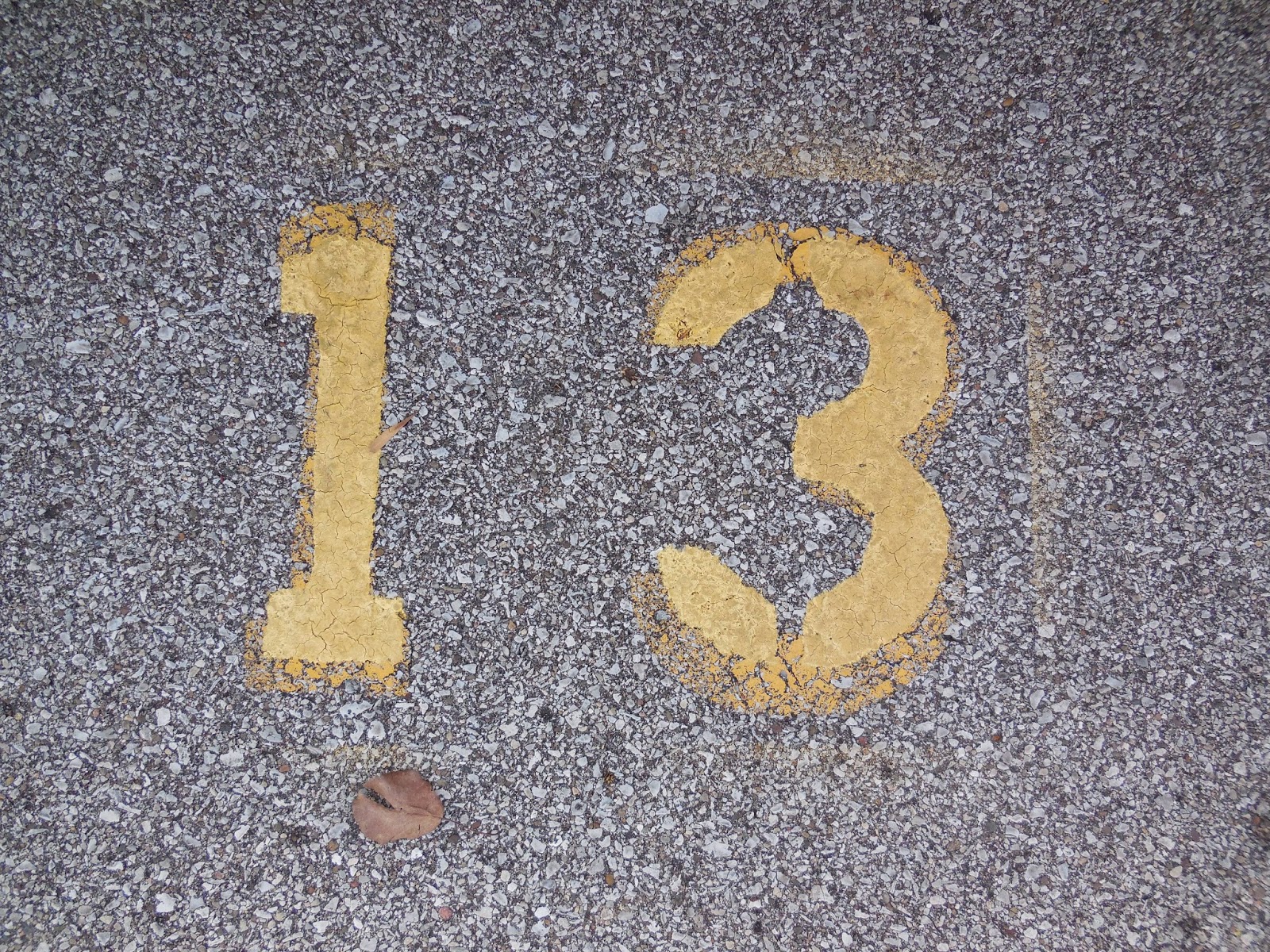 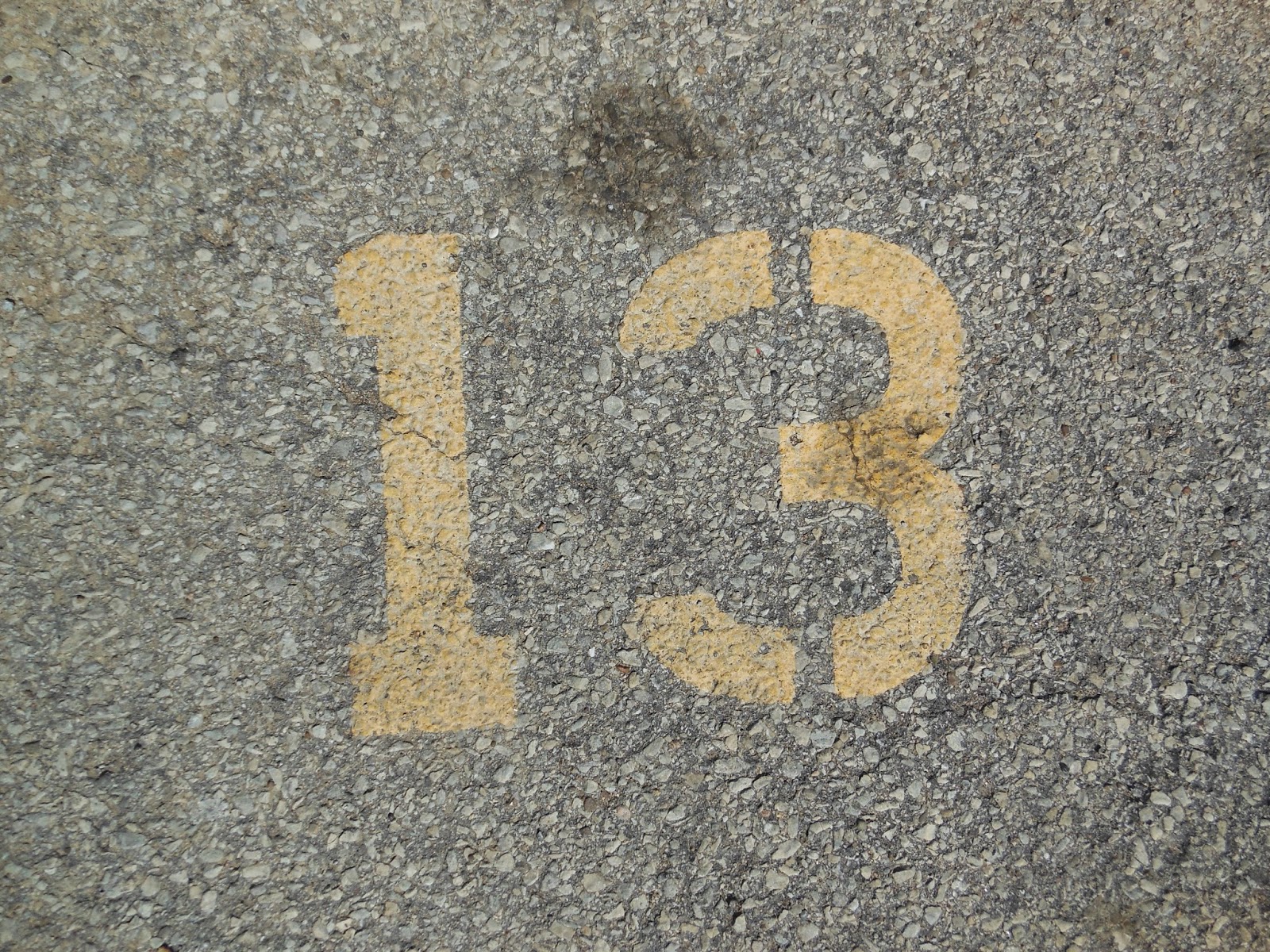 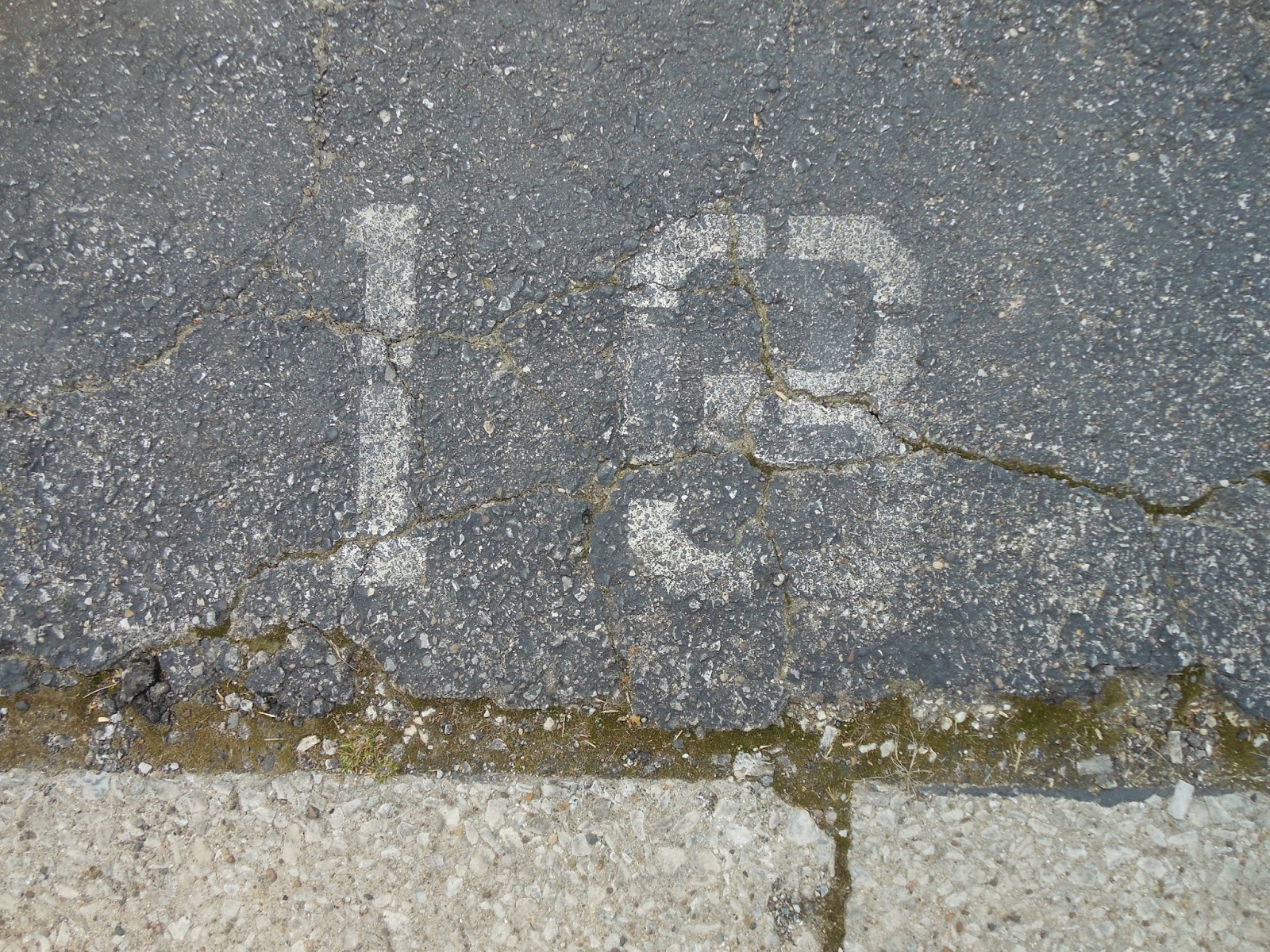 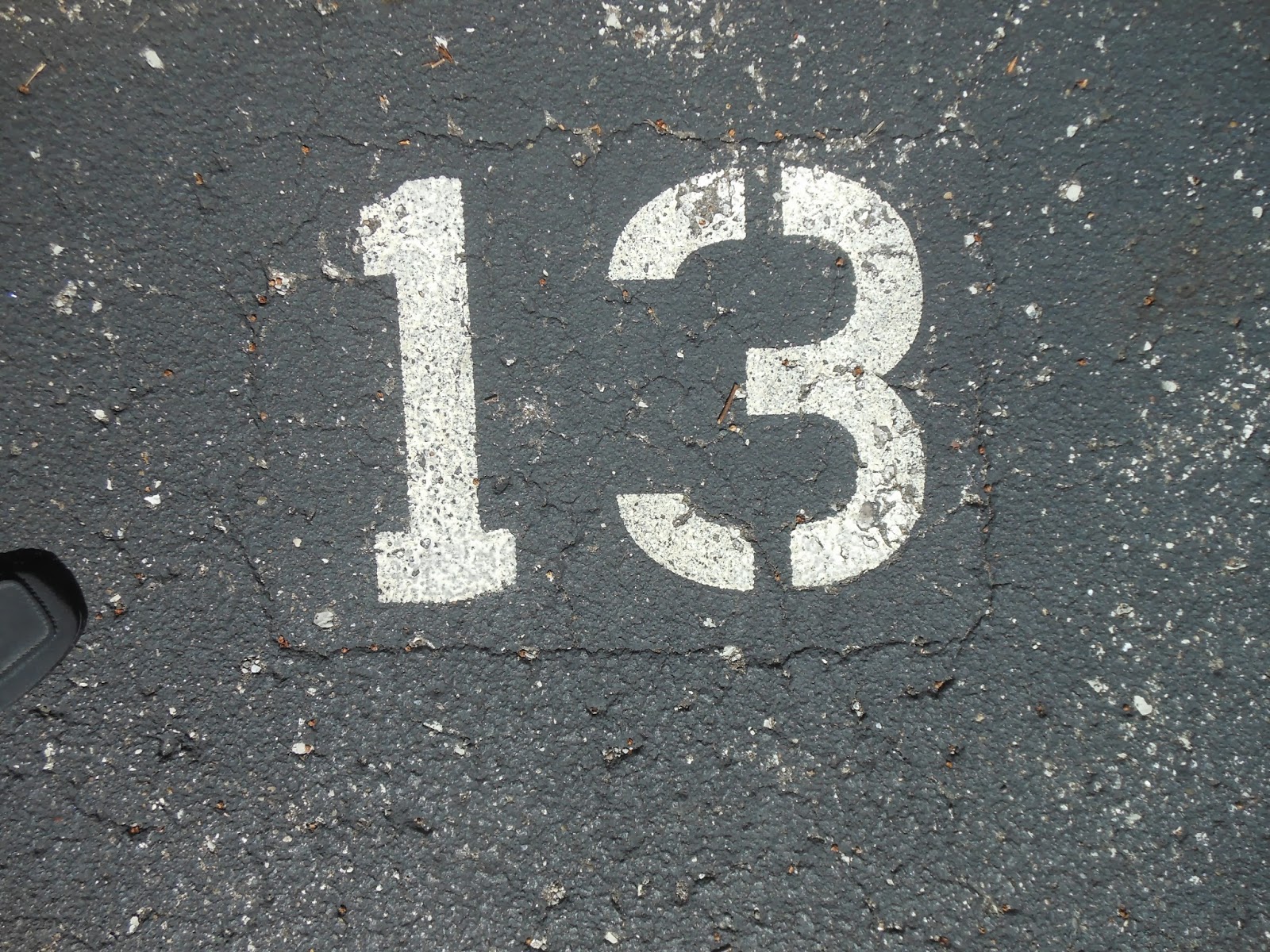 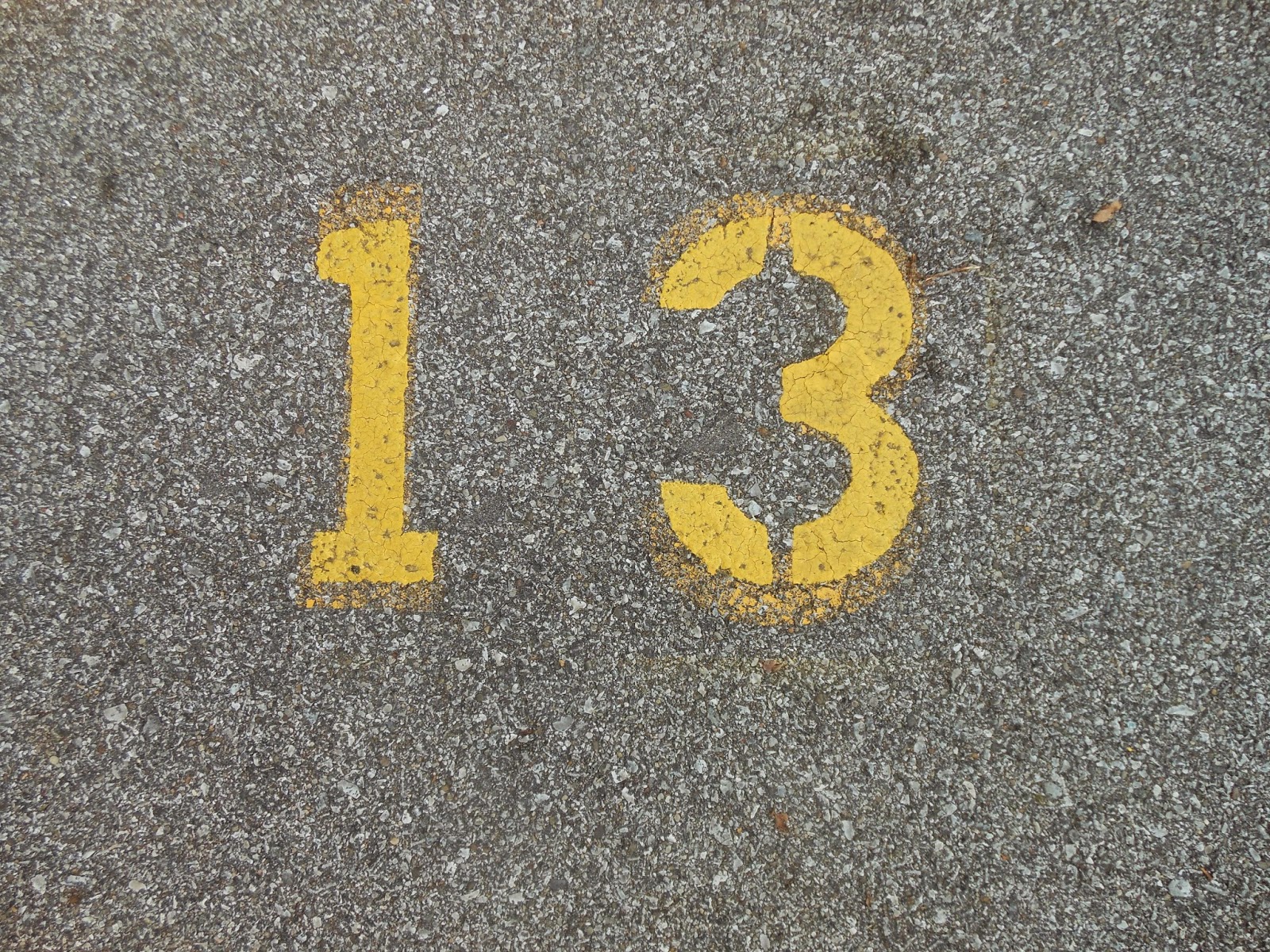 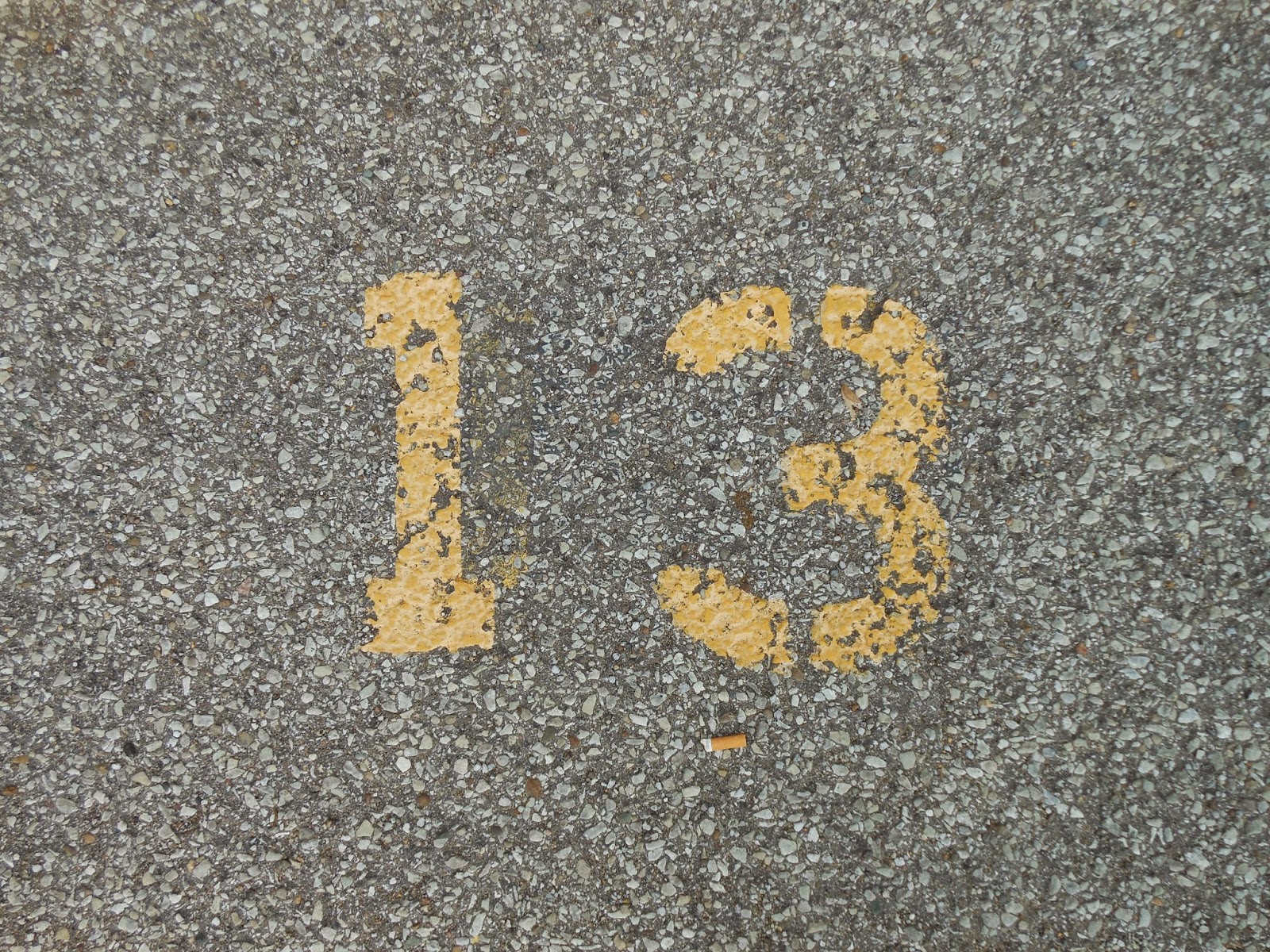 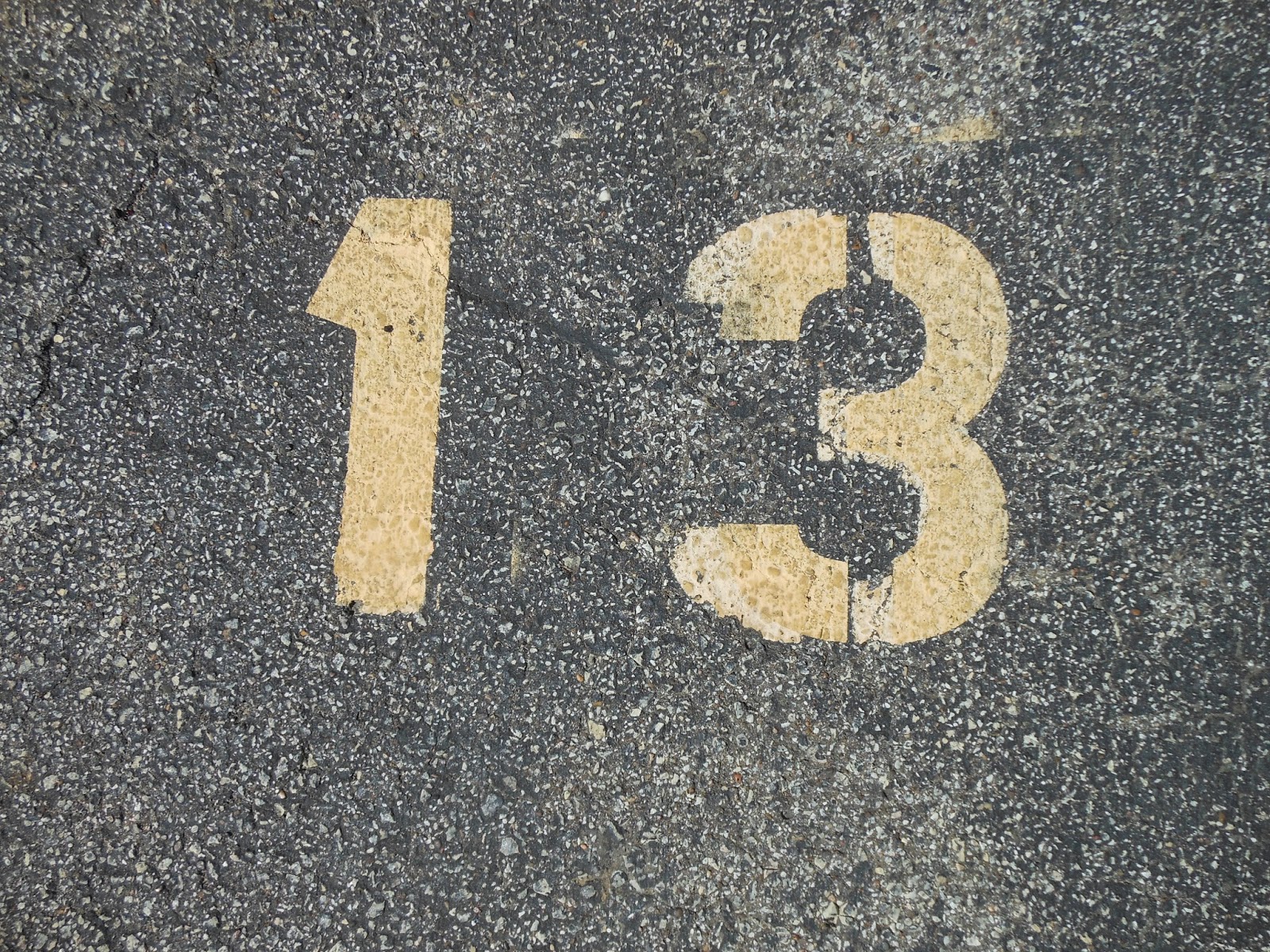