Recently I caught an exhibit at the Carnegie Center for Art and History in New Albany IN (through April 5) that I liked a lot.  It featured two artists who make art out of found objects, aka junk.  Since I like to make this kind of art too, I figured I would enjoy it, and I did.  But my good art friend went to the show before I did and reported back that she was disappointed with one of the artists, R. Michael Wimmer, who makes large assemblages.

Not particularly in the art, if I'm properly representing her opinion, but in the fact that she thought you wouldn't know what the pieces were about without reading the artist statements on the wall.  Without the explanations, she thought, the arrays of different objects looked like so much random stuff.

And yes, the statements were quite detailed explanations of what each element meant to the artist.  I'll show you a couple of examples. 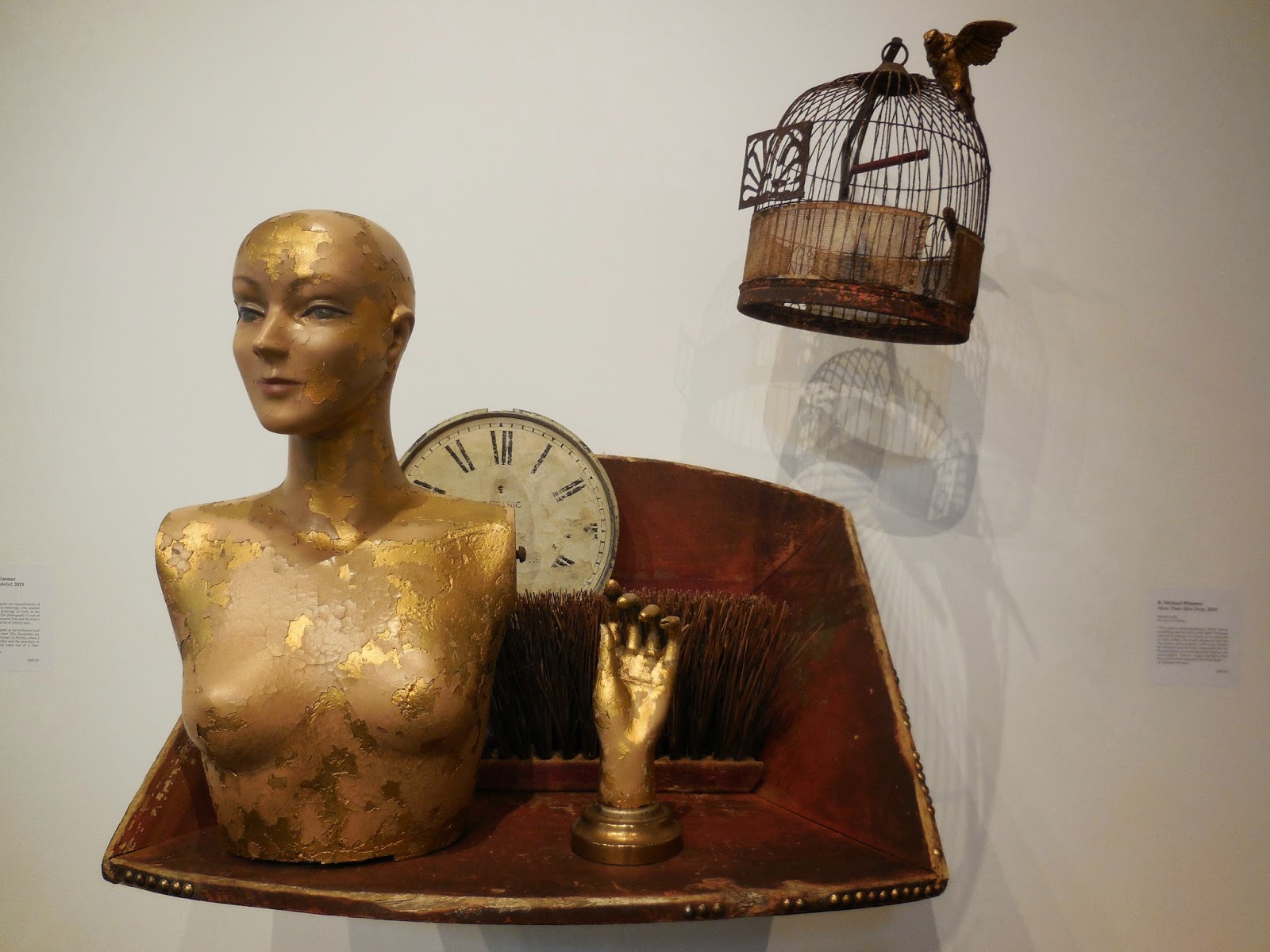 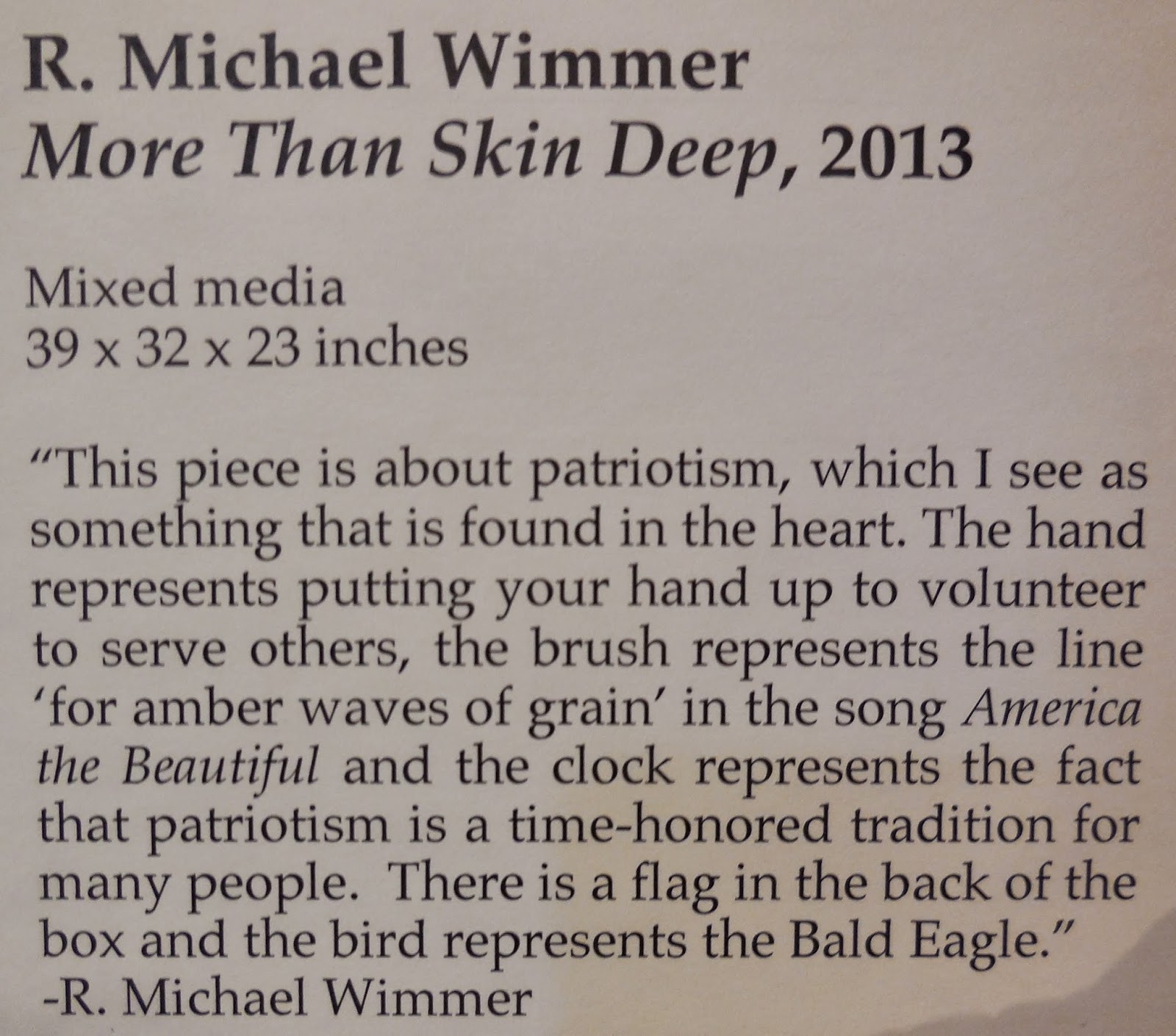 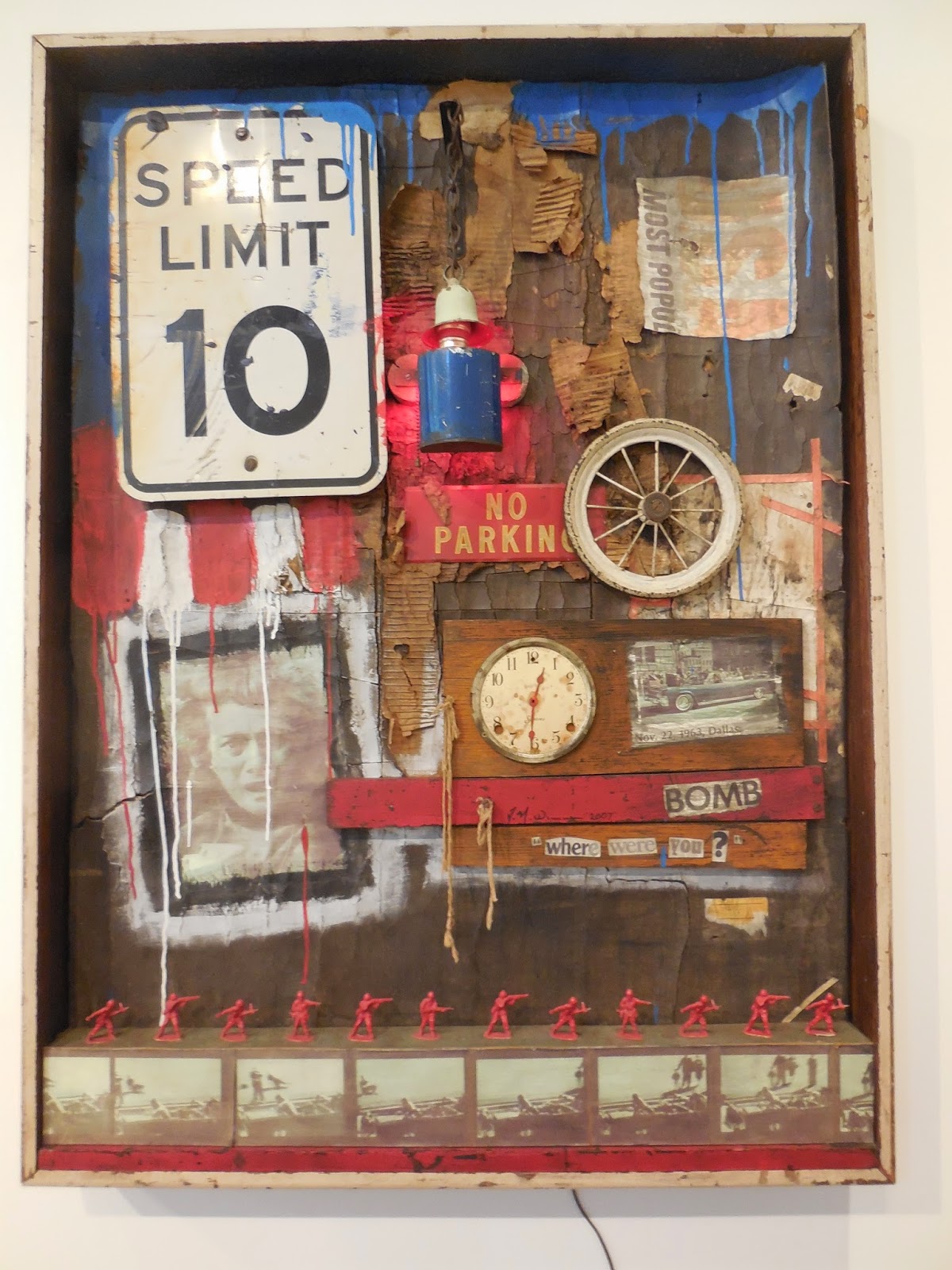 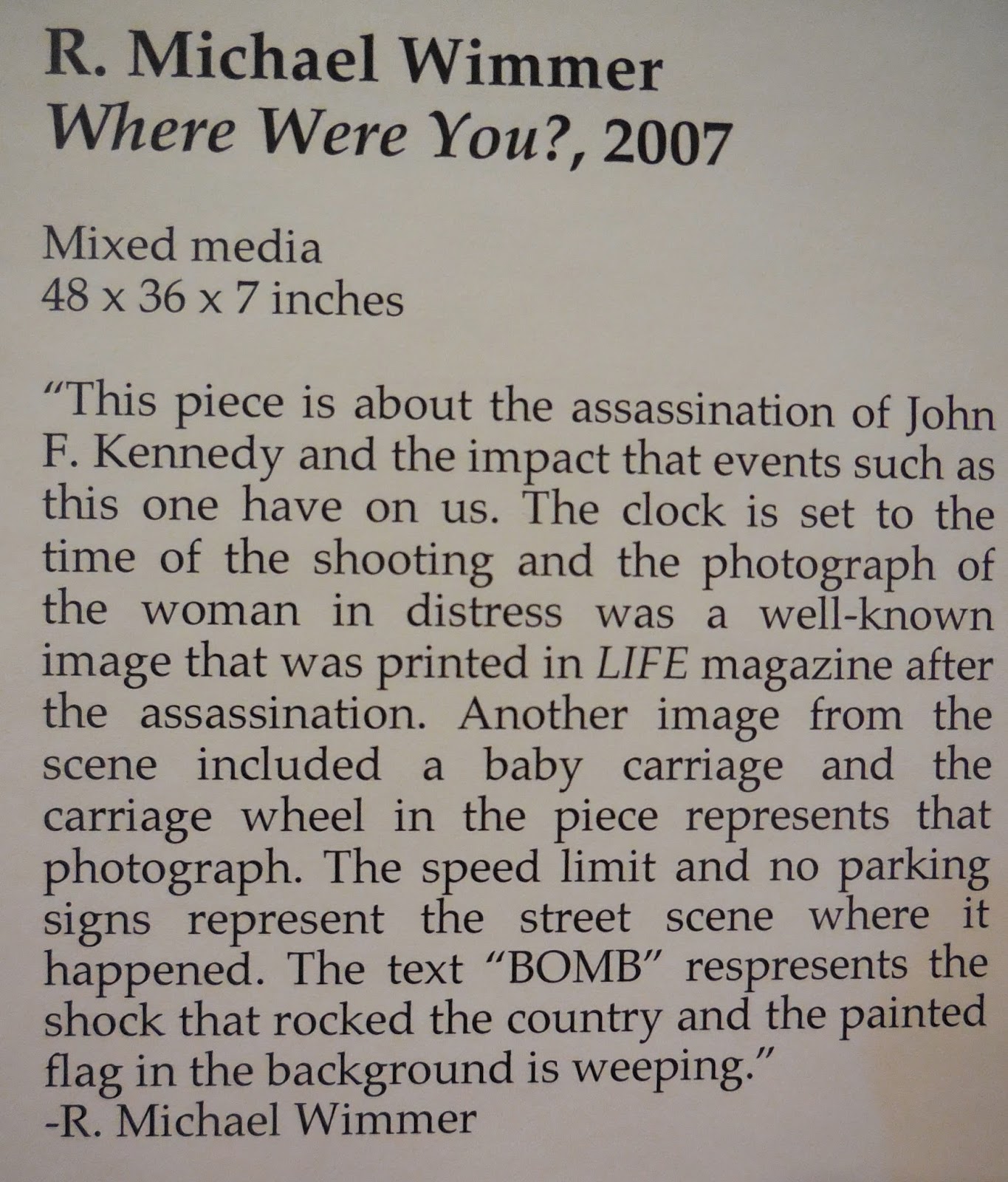 Part of me appreciated the detailed artist statements.  How many times have you looked at a work of art, fixed in on some detail and wondered what on earth that means?  In some ways it was nice to have the explanations, almost as if the artist were standing there answering your questions.

But part of me wished for a bit more mystery.  Maybe I would have enjoyed attaching my own memories and associations to these odd figures and artifacts.  The titles would have given me a clue, and perhaps that would have been enough to point me in the right direction without hitting me over the head.  Or at least the detailed explanations might have been put in a notebook on the other side of the room, so I could look first and be explained to later, if I wanted.

Now I'll show you some of Wimmer's other works, without the explanations.  You decide whether you like the art better with or without. 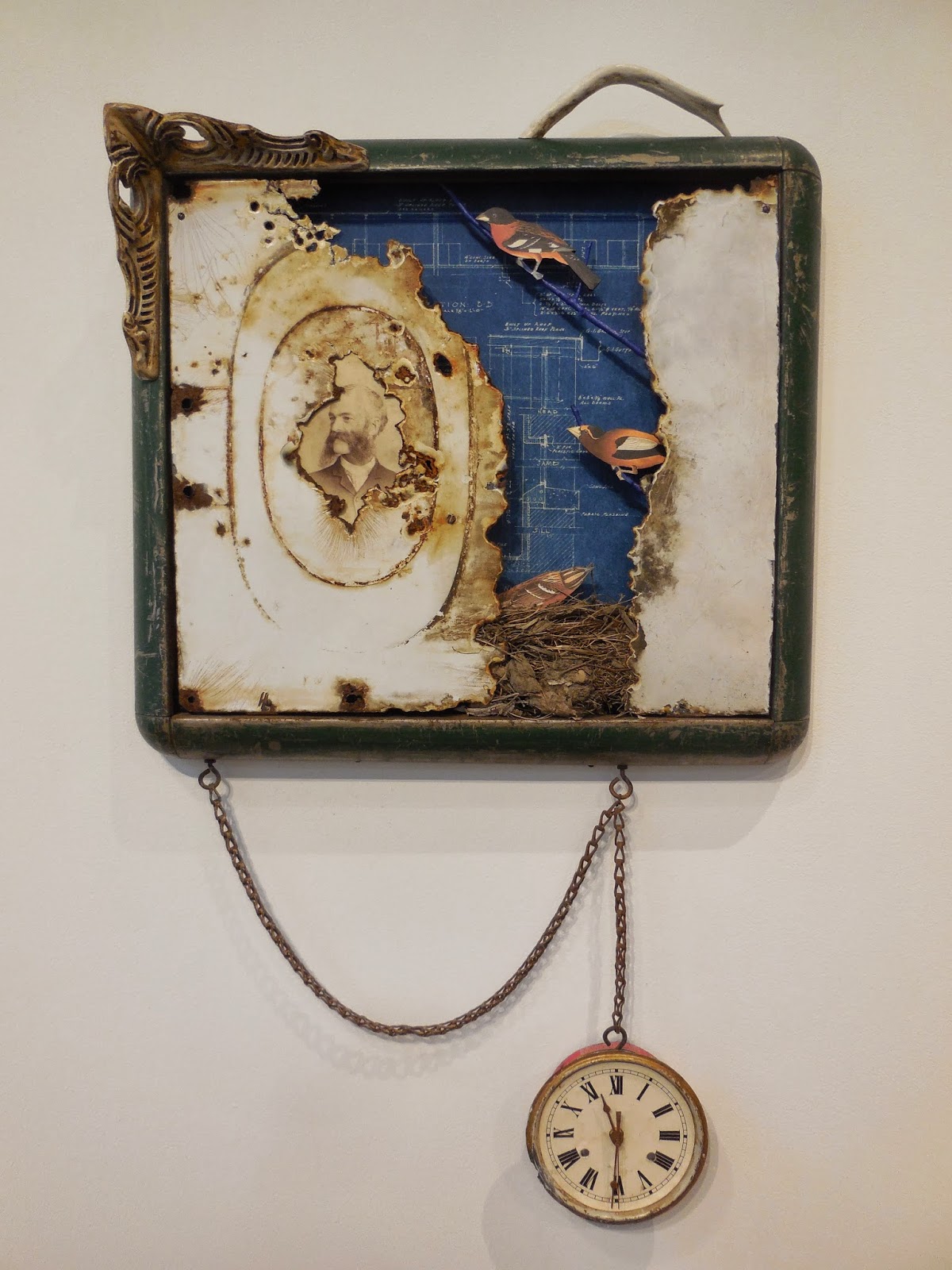 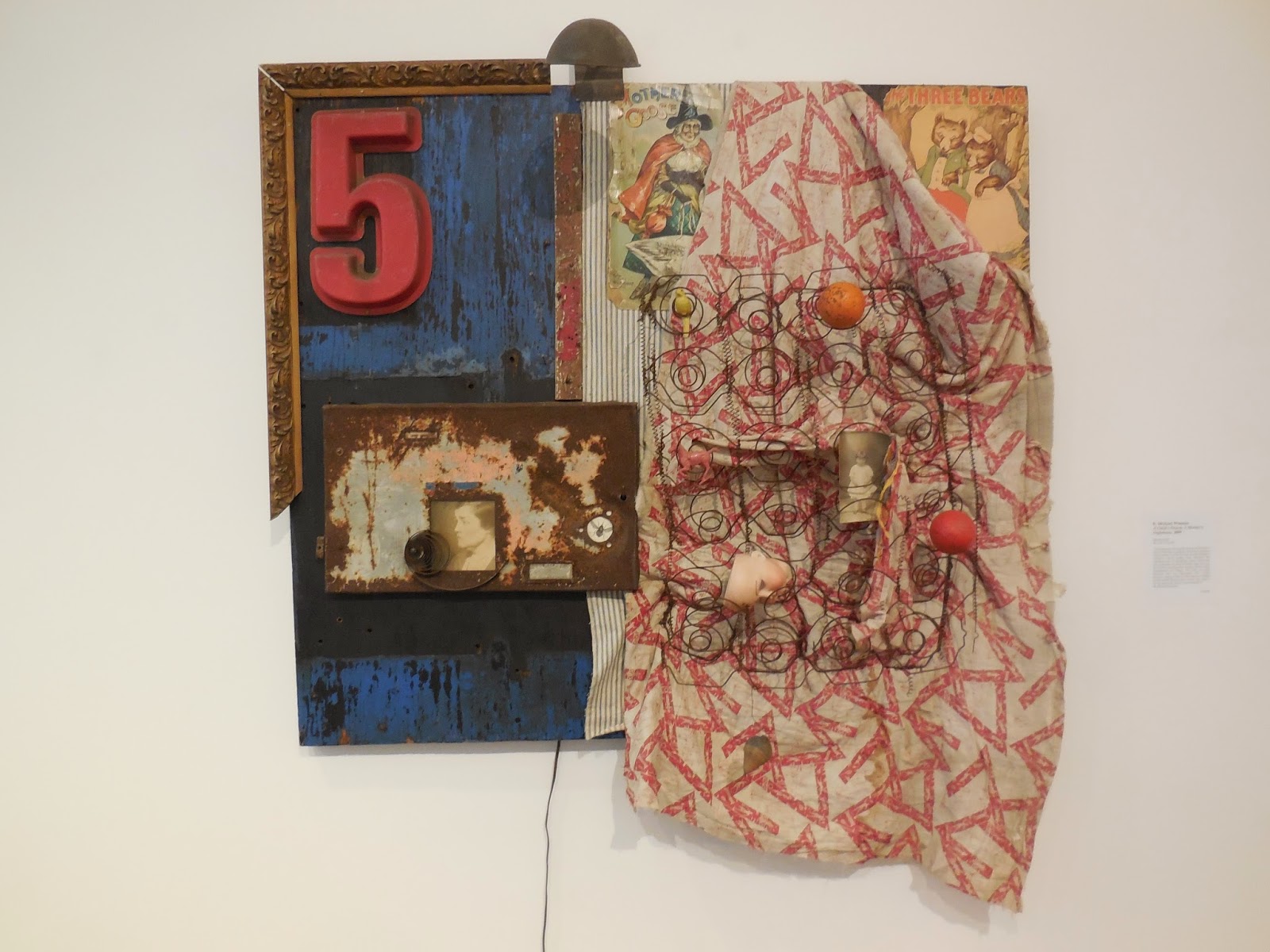 A Child's Dream, A Mother's Nightmare (details below) 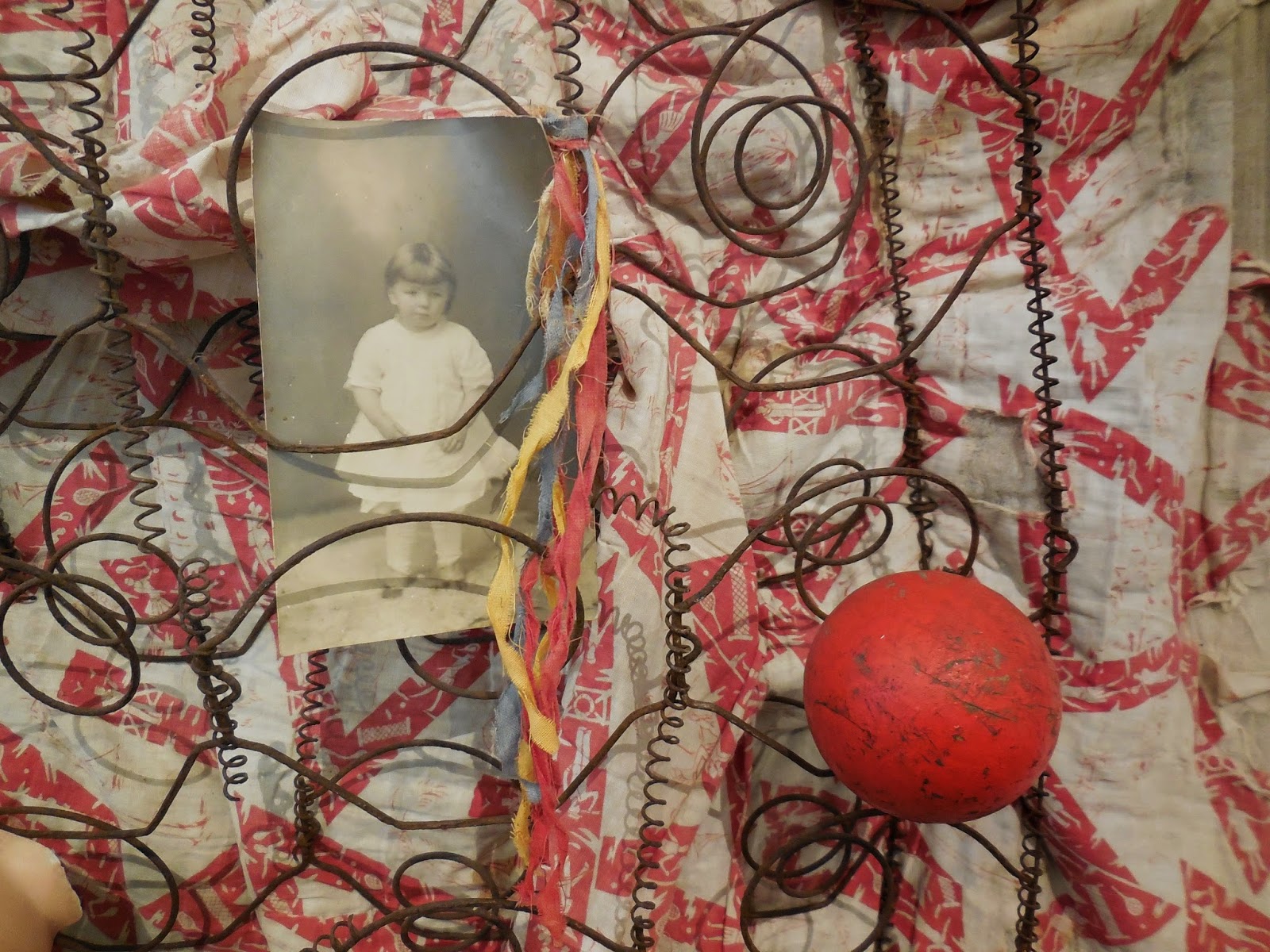 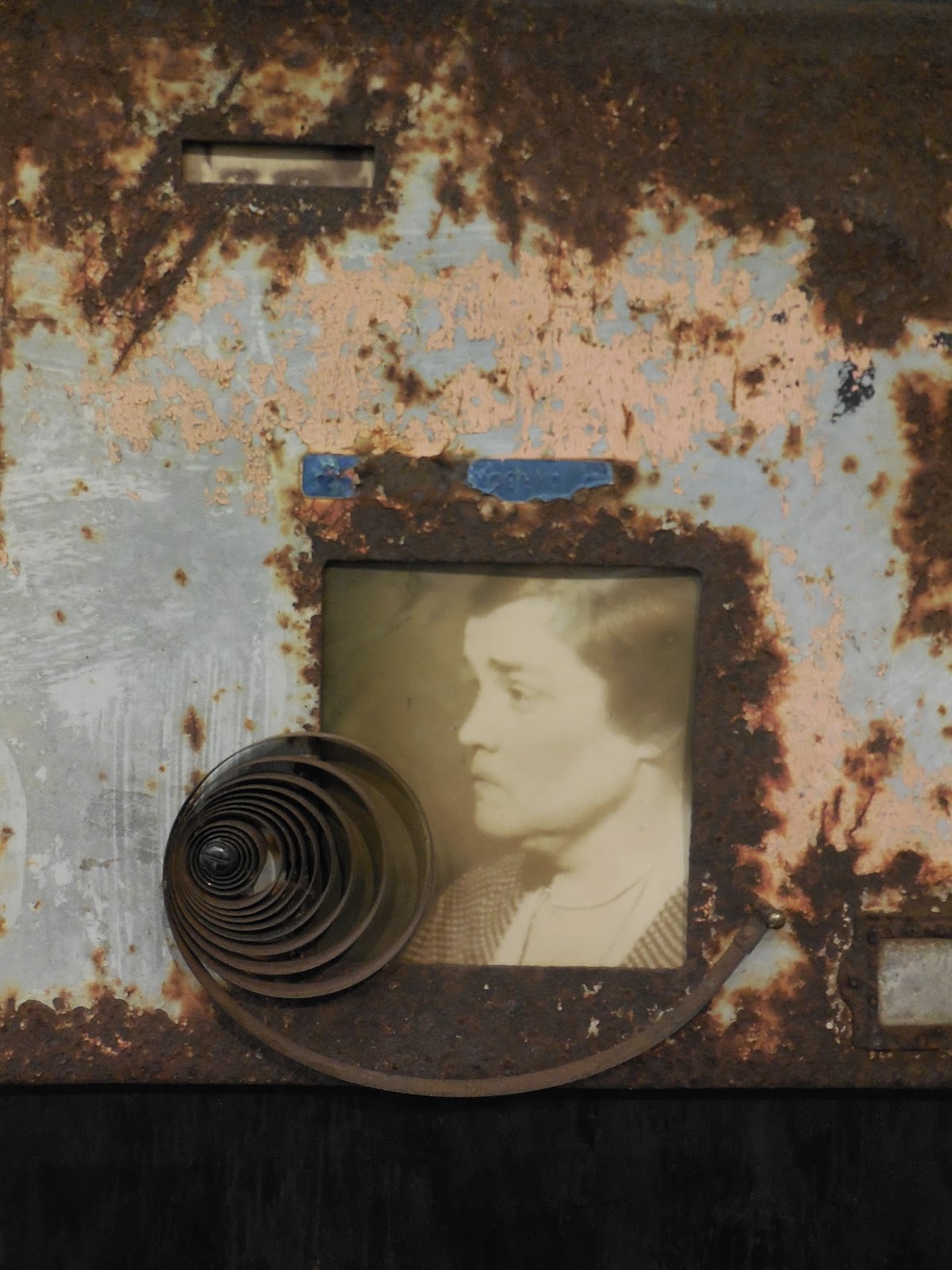 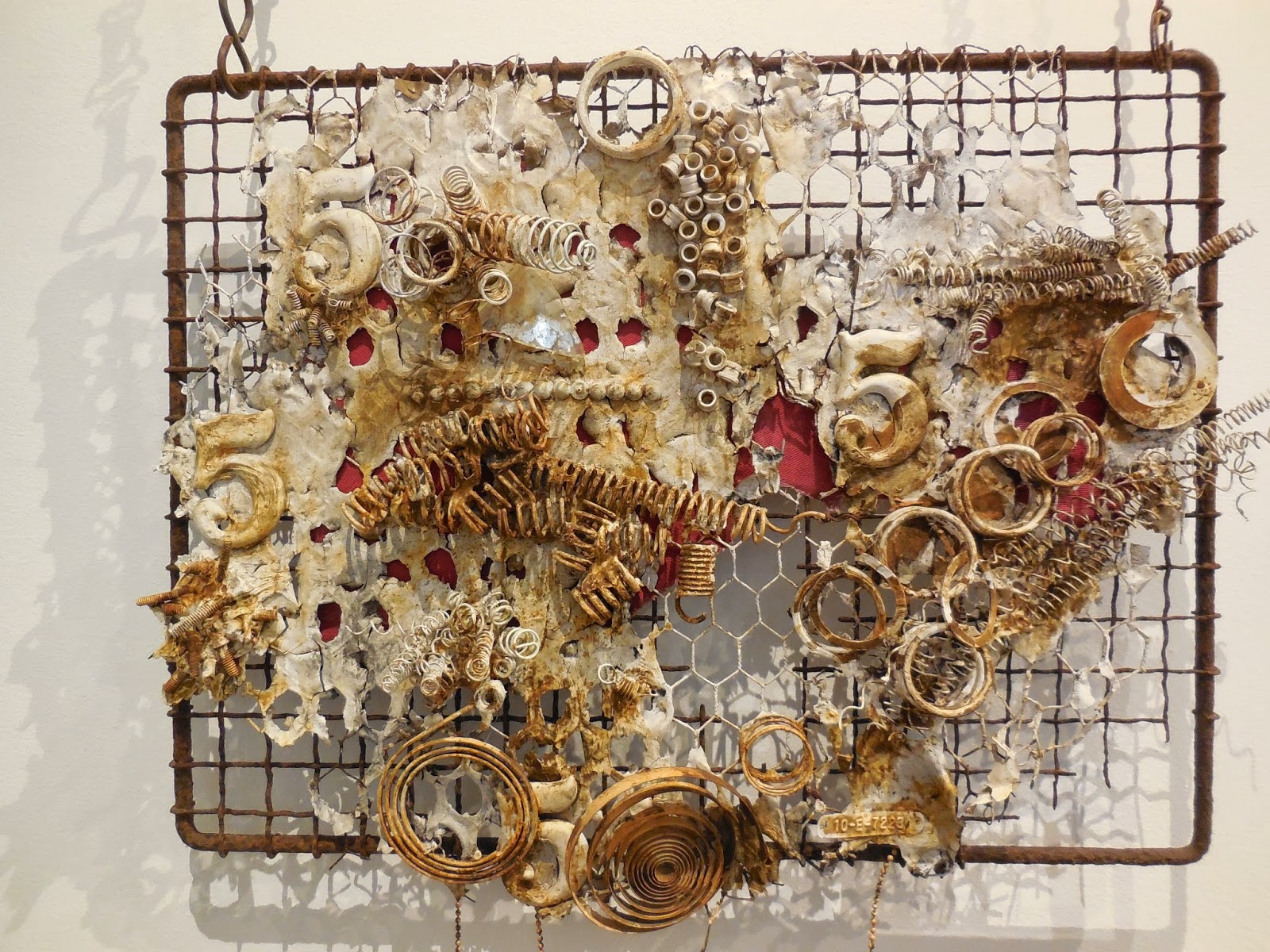 So what's your opinion?  Do you like artist statements that explain what everything means?  Or do you like the minimalist approach where it's the artist's job to make the art and your job to interpret it?