So here it is August of an even-numbered year, and people all over the world are frantically trying to finish up their entries for Quilt National.  This has been my "summer vacation" since 2002 and yet again I'm wrestling with big rolls of quilt.

This one is being done with my usual parallel lines across the short way of a rectangular quilt, with my usual neatly rolled package that can (sort of) easily be manhandled through the narrow harp of my machine.  I can't tell you how many quilts I've done just like this, and you would think that I wouldn't make dumb mistakes any more. 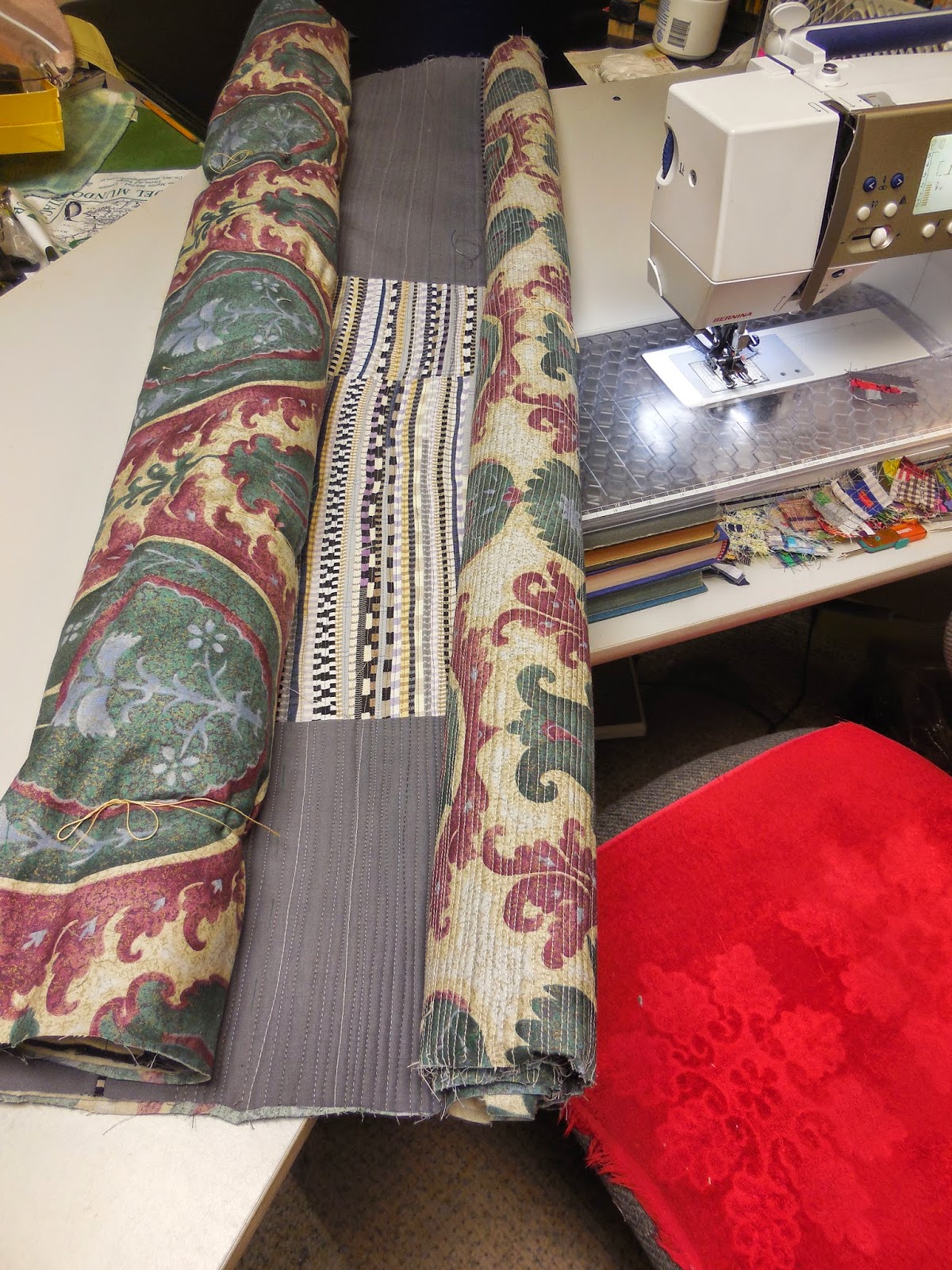 But no, the drapery-weight fabric I'm using as backing is acting passive-aggressively, probably because it's a hand-me-down and its previous owner apparently put it through the washing machine.  That made it limp rather than stiff and thus prone to pleats on the back side.

In fact, the very first line of quilting that I sewed resulted in a pleat on the back side, which I had to unsew and restitch.  Off to an inauspicious start.  So I was kind of paranoid, checking the back of the quilt after every row of stitching to make sure I had done it right.  That lasted for days, but yesterday afternoon I got complacent.  I'm more than halfway through, getting toward the home stretch, and I guess my eagerness to be finished led me to move too quickly toward the next row and the next without checking the back.

Then I did check the back and OOPS!  I had not only sewed a big pleat into the back of the quilt, but I had crossed it with six rows of quilting. 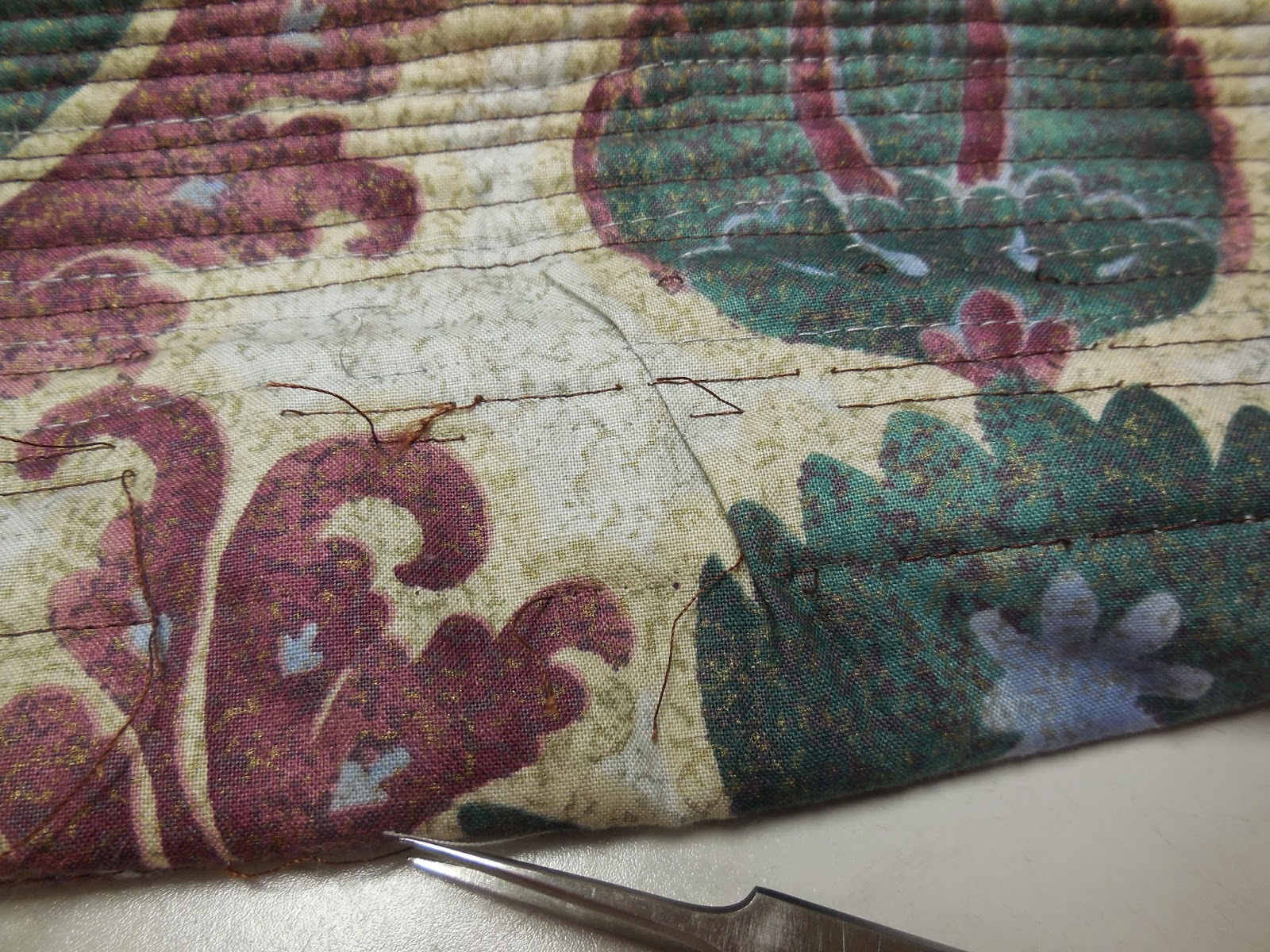 I had a brief conversation with myself as to what to do next.  Option 1 was to do nothing, and if I were a Real Artist instead of a fiber artist that would have clearly been the preferred approach, "sloppy craft" being all the rage these days among the Art Establishment.  But even as I was considering whether I could live with myself under Option 1, I found myself with a seam ripper in my hands, going at it. 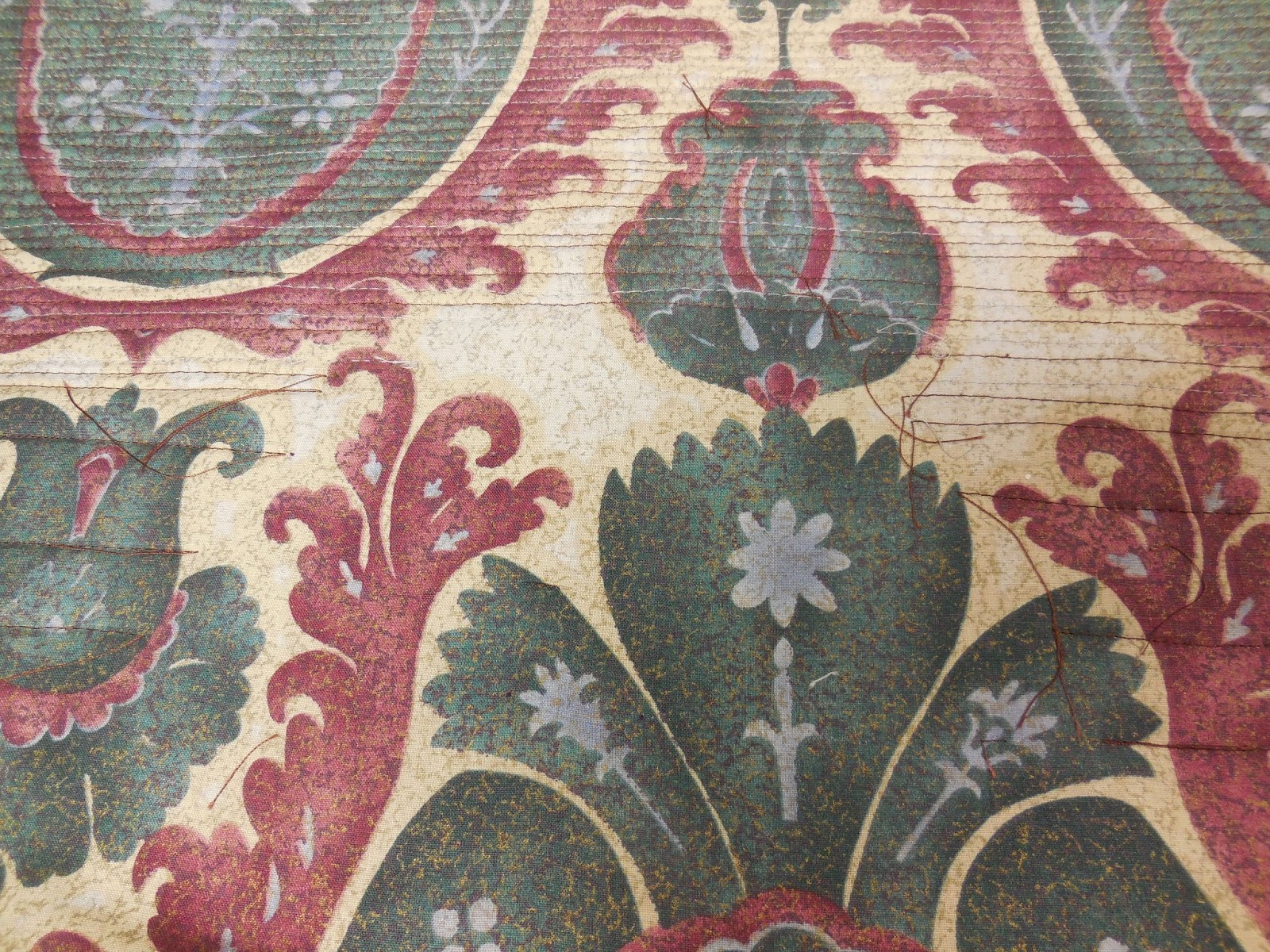 I took out all the seams to about three inches either side of the pleat, spritzed it damp and then pressed it flat.  Basted all through the area that had to be resewed, then flipped over to the top of the quilt and cut and sank all the thread ends.  Finally, restitched the ripped seams -- this time checking the back after each one to make sure the pleat hadn't reappeared. 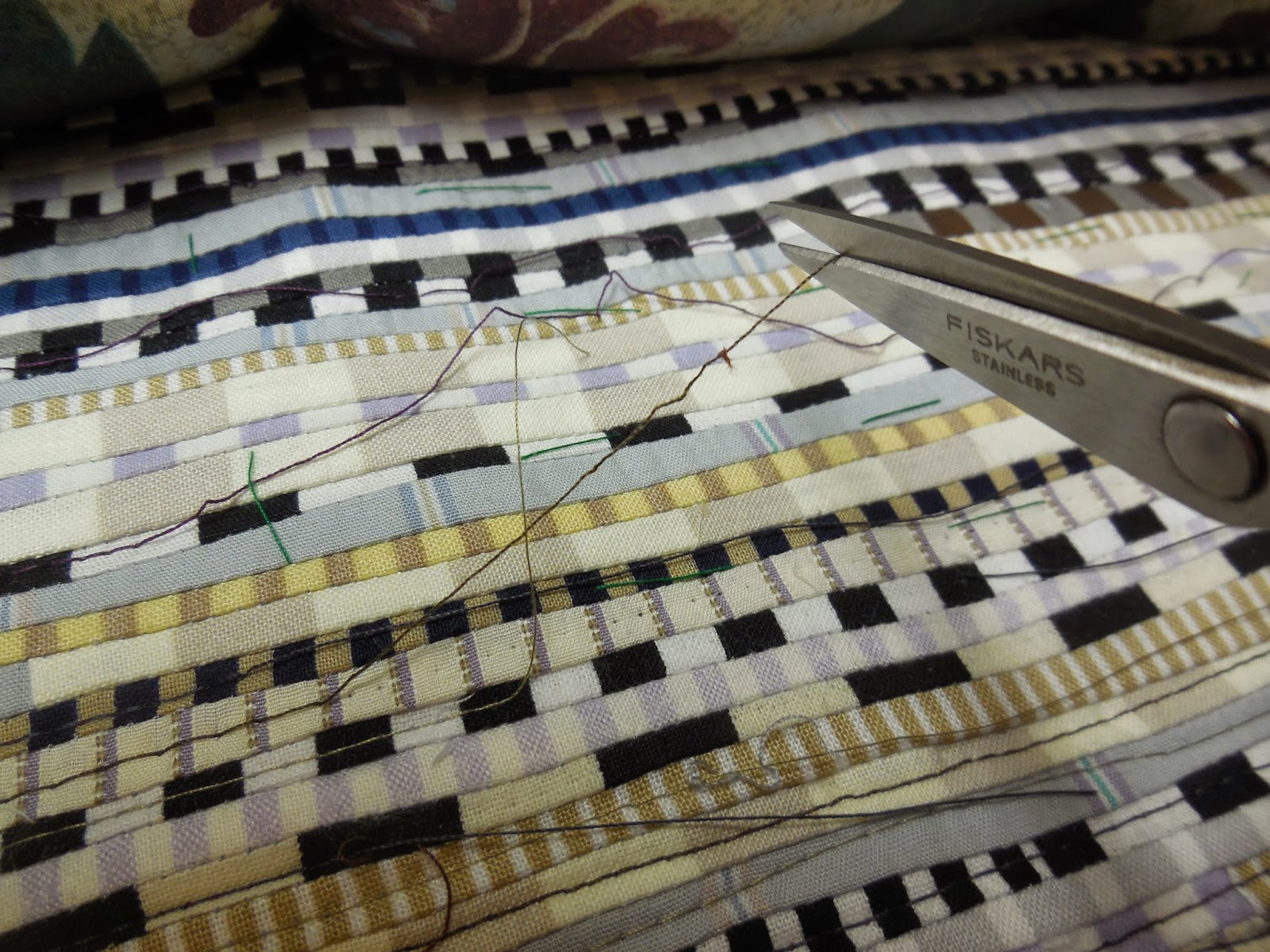 This whole foray into non-sloppy craft occupied three or four hours.  I felt exceedingly stupid.  But now it's all fixed and I've finished that whole section of the quilt and moved along.  Had this occurred one week before the QN deadline I might have chosen Option 1, but I guess I'm glad I did Option 2.  After all, I would have known, even if nobody else did.