When Dorothy Caldwell was here conducting workshops we had a wonderful day playing outside, burning holes in things with incense sticks.  Because the incense smolders rather than actually burns, you can poke it through paper or fabric, burning a nice neat little hole with charred edges.  I had do much fun with this method that I was determined to try it on a larger scale.

So yesterday I set up shop with an elaborate apparatus to hold the fabric relatively taut and started burning holes.  And almost immediately ran into frustration.  Let me count the ways, meanwhile observing that NONE of these problems occurred at the workshop.  Apparently the incense I bought this week is a different kind than what we had at the workshop.  And I have no idea who brought the kind I liked to ask her

The incense didn't want to stay lit.  Well, sometimes it did, but sometimes after three or four holes it would go out.  So I had to keep a candle burning and frequently re-ignite the stick.

It created a lot of smoke and of course it smelled sickly sweet -- kinda like incense, you know.  So after I first started working in the kitchen, I realized this was not an indoor sport, even with windows open and ceiling fan on high.  So I moved my entire setup outside onto the deck. 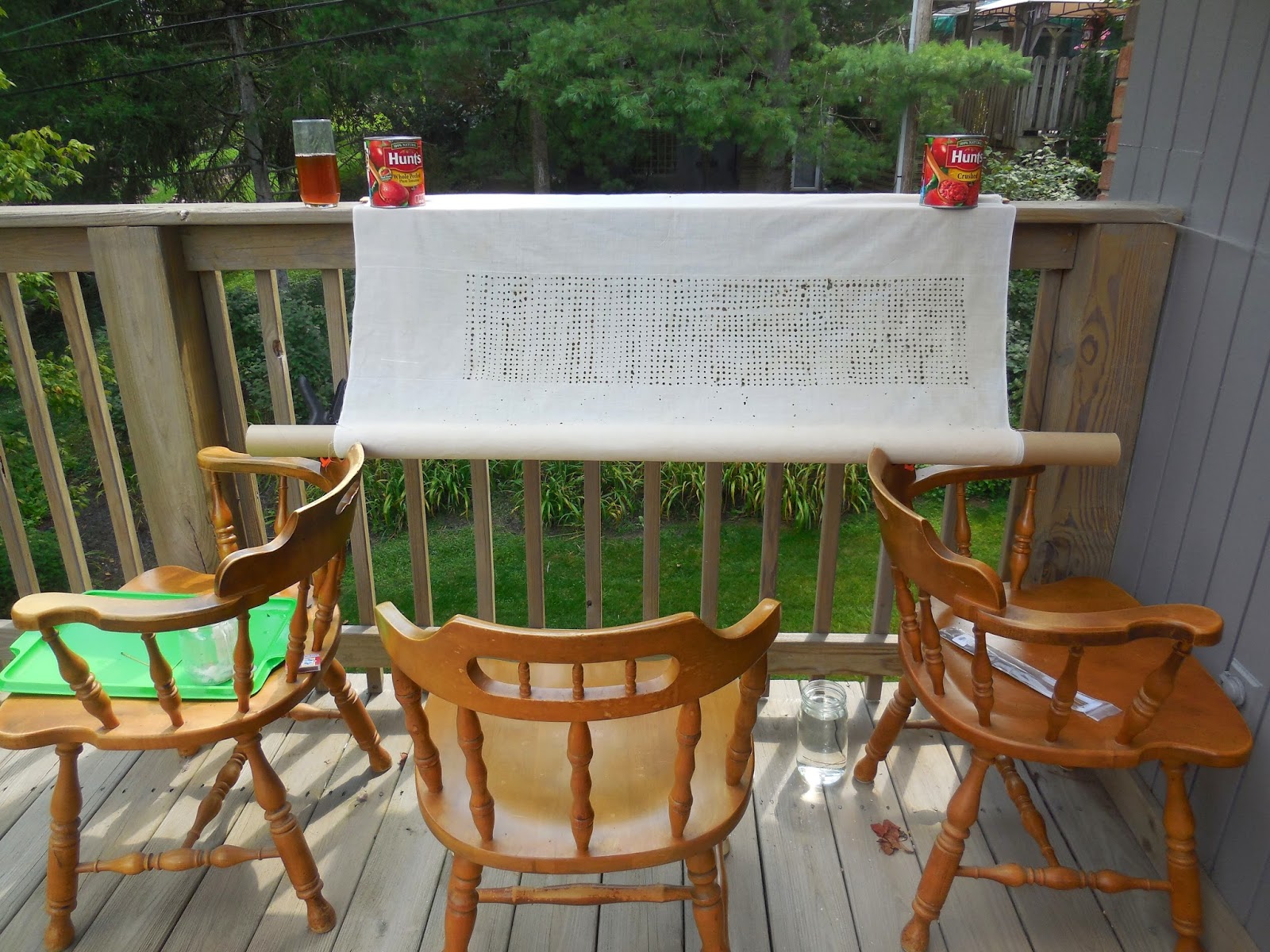 The incense didn't burn evenly from the end of the stick; sometimes it would go out (as mentioned above) but sometimes a half-inch or more of stick would be nicely white-hot.  A half-inch of smoldering incense stick doesn't plunge neatly through the fabric to leave a nice hole; it tends to break off, showering little white-hot coals down onto your hand or your lap or the fabric.  Or maybe it breaks off right there in the hole, continuing to burn until your neat little hole is now a big messy big hole.

Sometimes I would get a good burn going and could do fifteen or twenty holes before I had to put the stick back in the flame.  I had a lot of fun during those brief moments.  But other times I only got two holes out of one ignition. 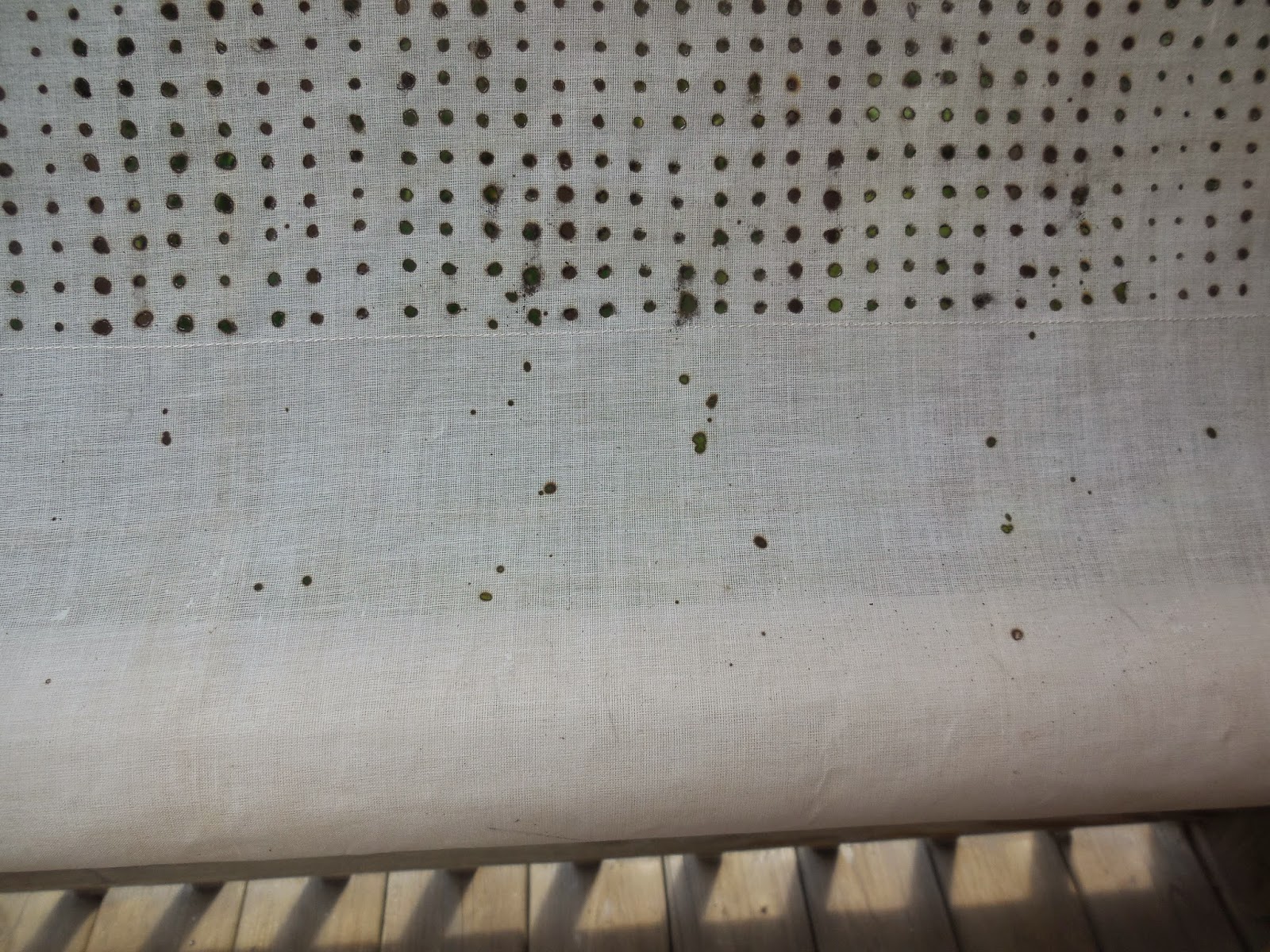 Parts of the burned grid look fabulous, exactly what I had in mind when I embarked on this project. Other parts look like crap.  I stopped after an hour and a half to contemplate what to do next.

Today is Plan B, for which I have high hopes.  I'll report back soon.