Ken's cousin and his wife visited last week and she mentioned that her main volunteer project is the food bank at her church, which mainly serves homeless people.  She said that they also collect clothing and although it is the dead of summer, she's starting to search for warm winter things.  That made me happy, because we own lots and lots of clothes that I would like to give to people who could use them, but I have a hard time finding a charity that will accomplish that.  Most of them seem to sell the clothes you donate, or worse yet, send them to Africa and sell them.

So I spent a half hour going through our closets finding things for Dee to take home with her.  Then I asked if she would like to have some afghans.  She said that would be fabulous, and that made me happy too because I have lots of them lying around, usually made from leftover yarn that I got at grab bag at the fiber and textile art group.  But there's more -- when I searched through a closet in the guest room I found two quilts neatly folded on hangers.

One of them was a project from decades ago in which I recycled an old skirt, a torn pillowcase, a couple of old shirts, some sewing scraps and a lot of threadbare boxer shorts.  I really liked the looks of it -- the old fabrics had a lived-in feeling that seemed restful and calm.  We used it a lot as a lap throw but it had been in the closet for years and I was more than happy to part with it. 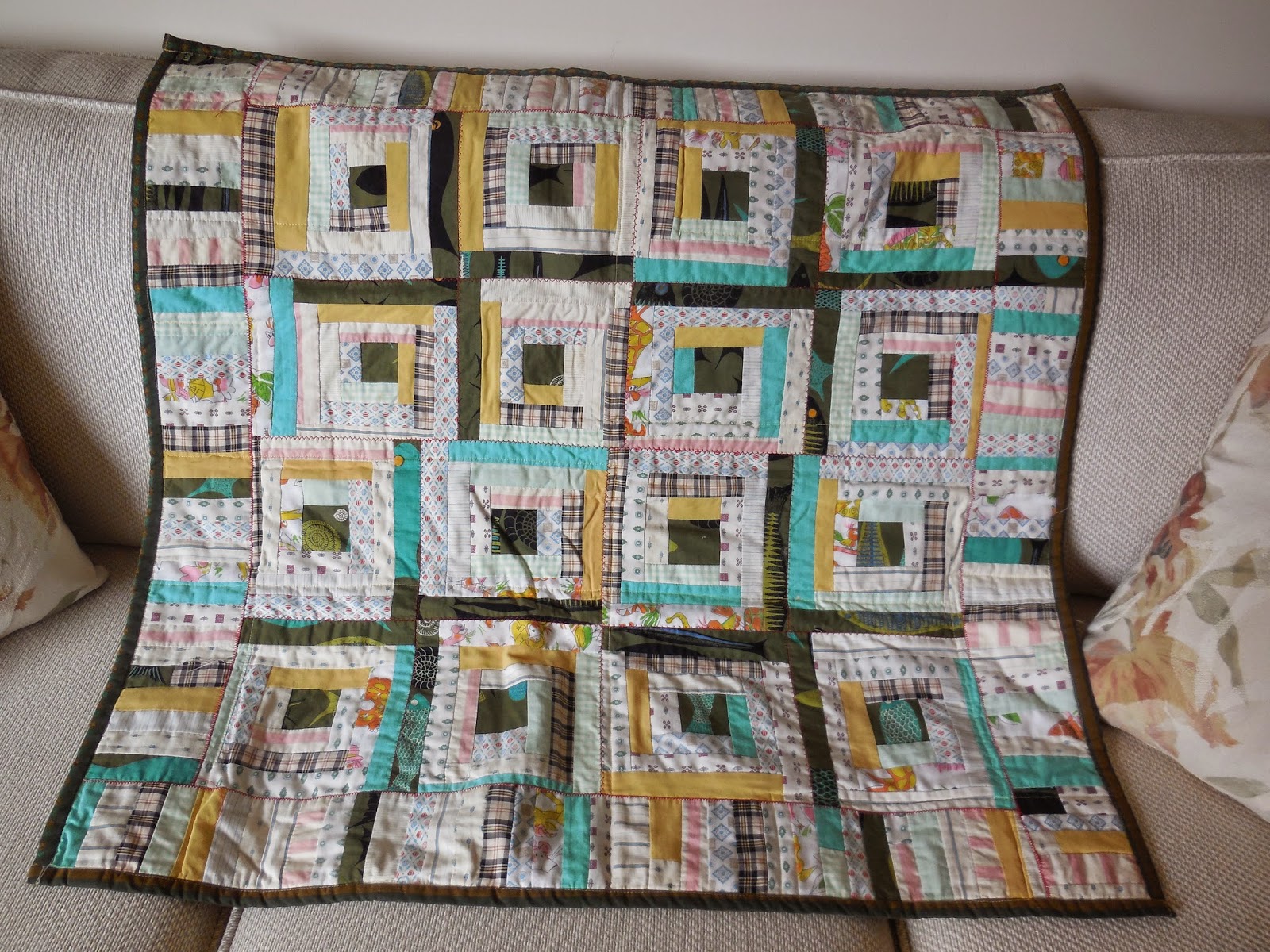 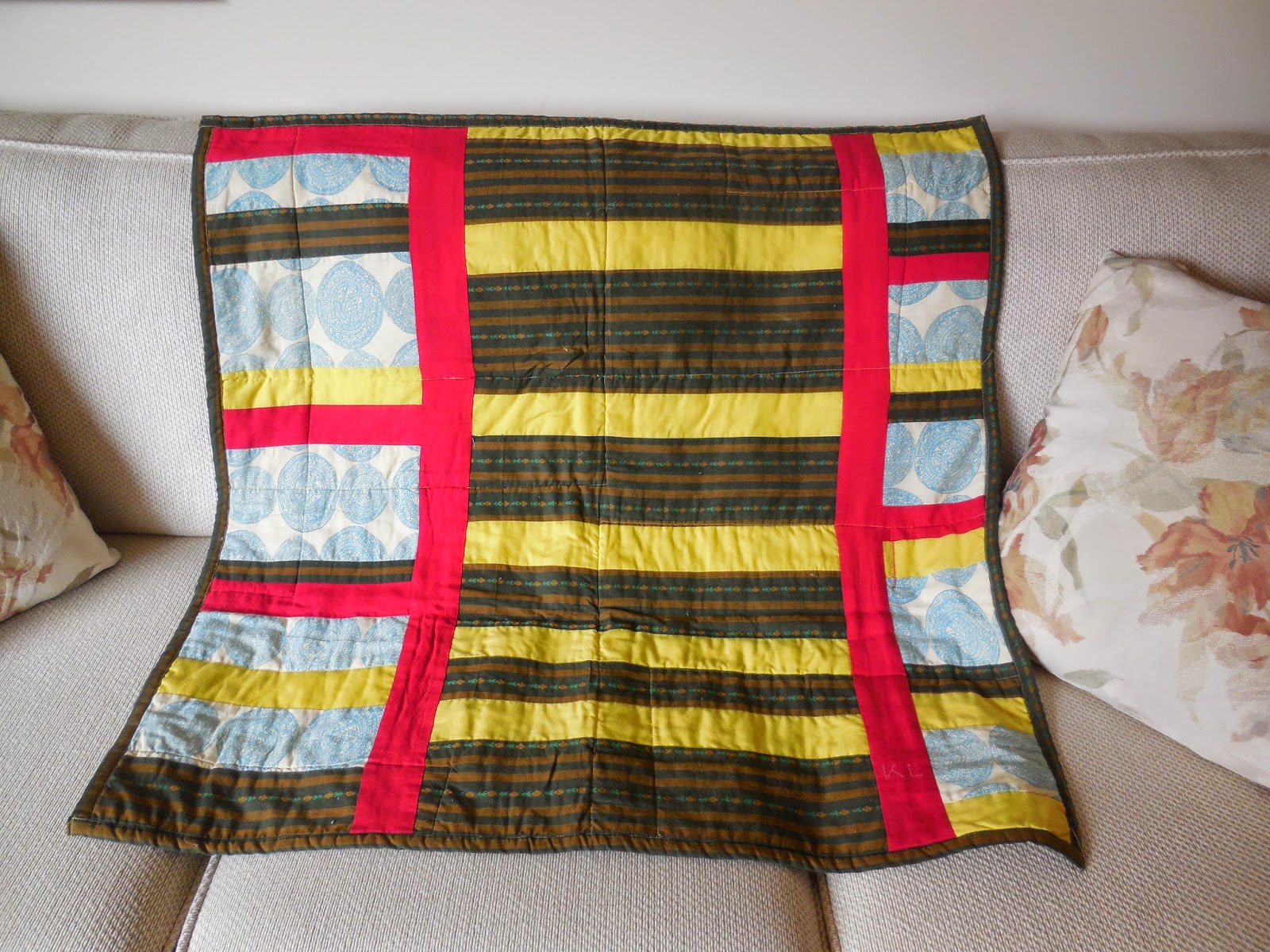 The other was also decades old but I don't think it was ever used, probably because it was downright ugly.  Where the recycled quilt had a coherent character, this one was just a miscellaneous mess, because I hadn't learned much about design in those days.  It wasn't even quilted, just tied (but the binding was neat). 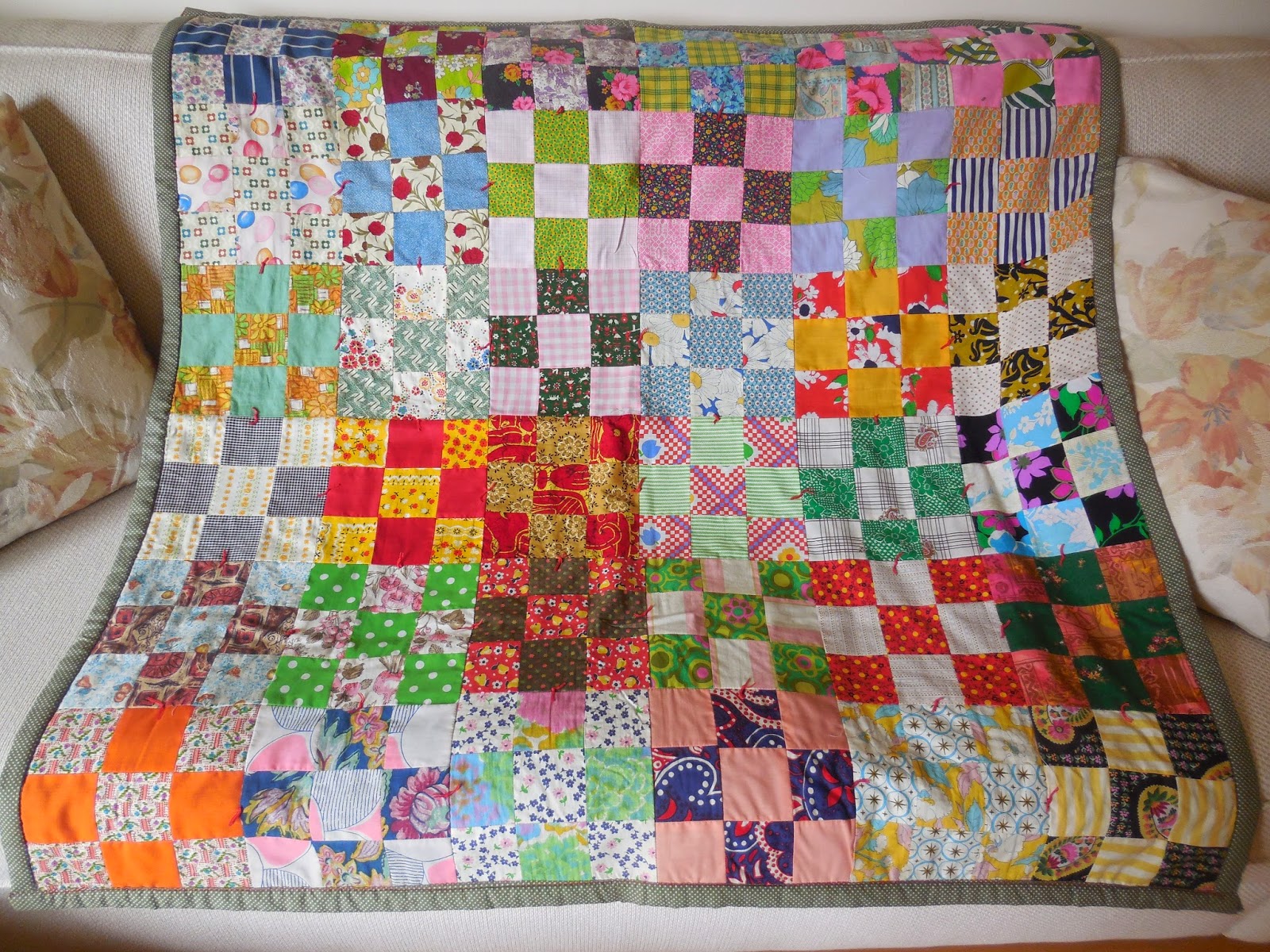 Here's the loot, just before it was loaded into garbage bags.  One old and three new afghans, one old and one new quilt, and a lot of clothes, some of them even new. 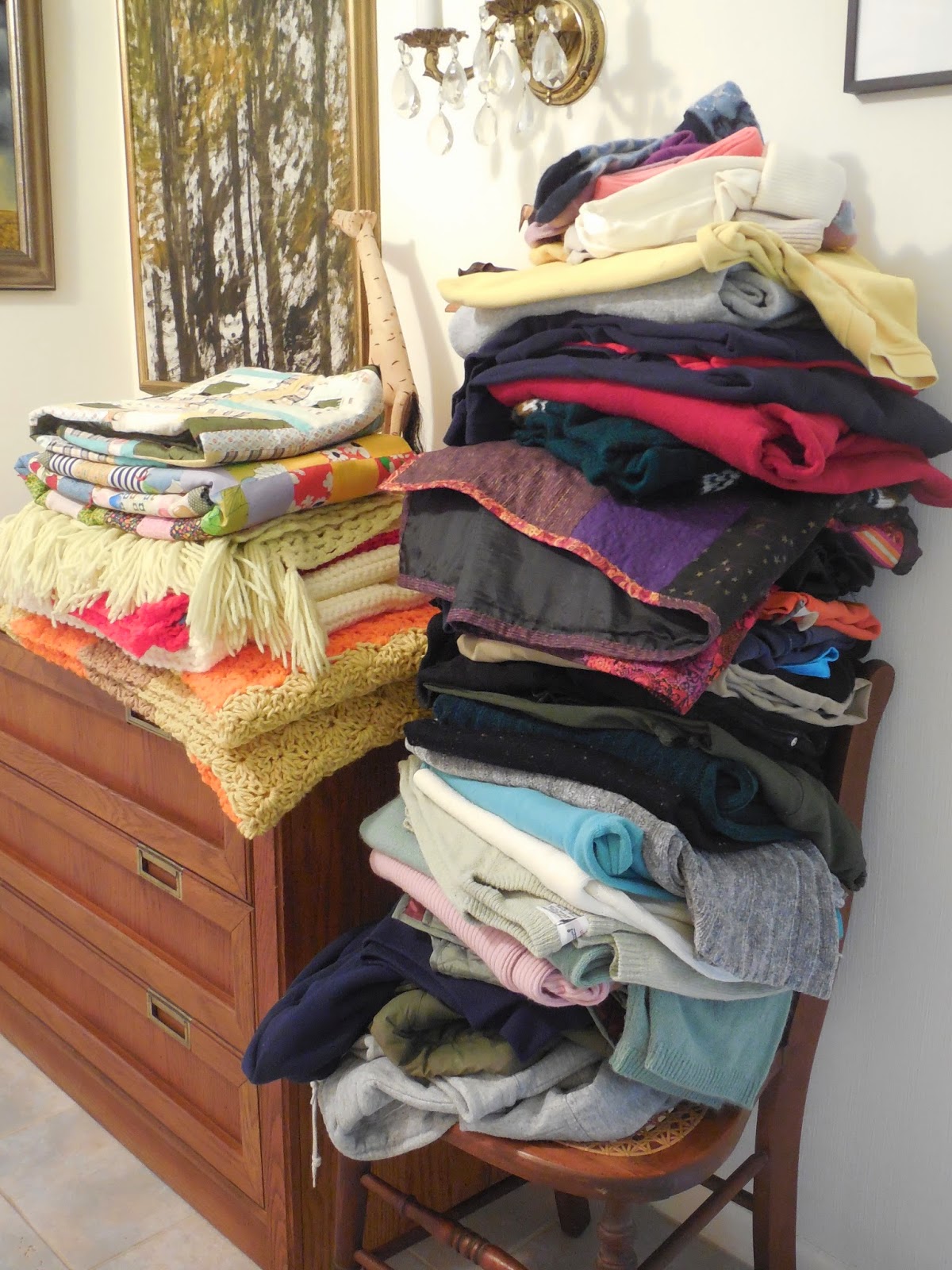 Leaving us with a good feeling and a lot of newly empty drawer space.
Posted by Kathleen Loomis at 5:25 AM