We assembled our books with a binding technique that I had never seen before.  First we made signatures of two or three sheets of paper and punched five holes evenly into the spines.  Start on the outside of the signature, stitch in through the middle hole, then up and back through the top two holes in a figure-eight pattern, returning to the middle hole then making another partial figure eight through the bottom holes. Tie the threads together at the middle hole.

Now you have several signatures stacked together into the book, with four sets of parallel stitches along the outside of the spines that can act as a warp.  Holding them tightly together, you can thread a needle with embroidery floss and weave through the warp to make a firm binding. 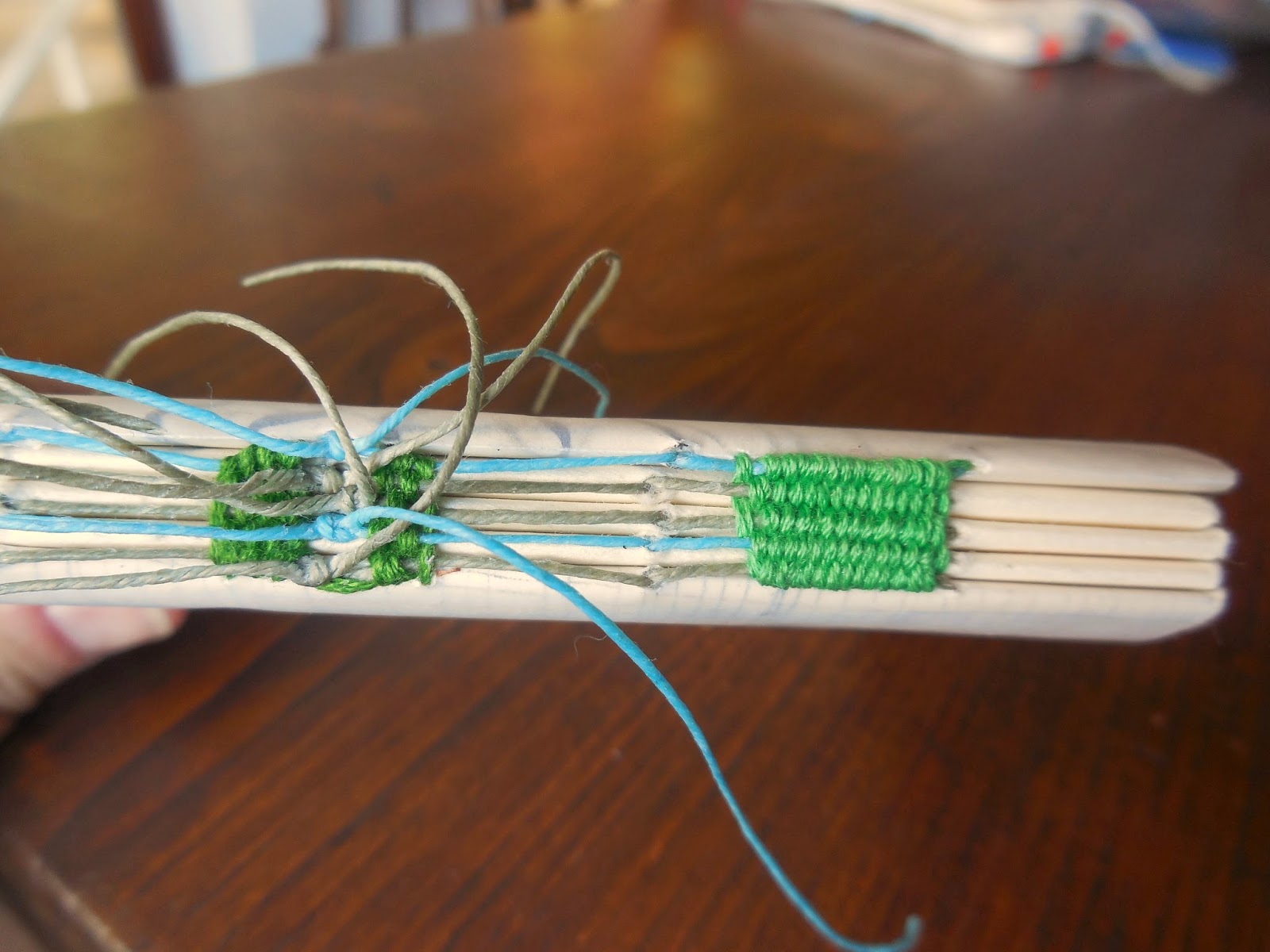 Or you can simply wrap the sets of "warps" together rather than weave into them.


Posted by Kathleen Loomis at 5:35 AM