Earlier this week I was frustrated in trying to burn holes in fabric with a stick of smoldering incense.  Plan B was to use the high-tech approach instead of low-tech -- a woodburning tool which my son helpfully produced (he owns every tool known to mankind, I think, many of which he graciously loans to me or uses on my behalf). 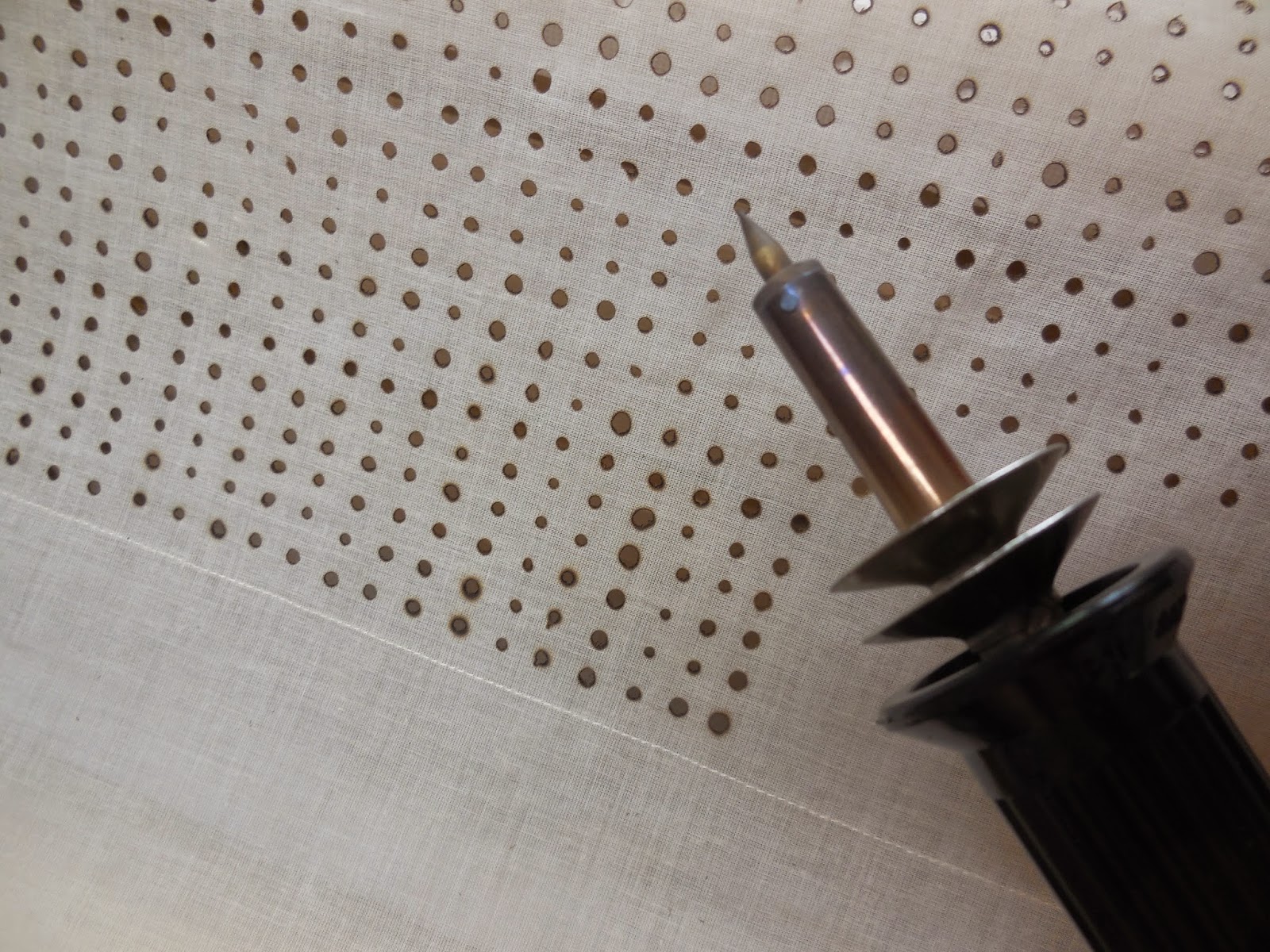 Plan B was a 97 percent success.  It produced nice uniform holes, didn't scatter smoldering embers to burn unwanted holes in your fabric or your hand, and never needed to be relit.  I have only two quibbles: the holes were a bit too uniform for my taste, and I don't think the edges are as charred as with the incense, which means they don't have the dramatic black halos that will highlight the grid pattern.

That cut down on my speed, of course.  I could average a half-second per hole if all I did was punch the hole and move on; if I held it long enough for more char it took two seconds.  But even so I was moving along much more steadily than with the incense and after several hours at it yesterday I'm almost finished with the whole piece.


Posted by Kathleen Loomis at 6:06 AM