Our recent trip to Norway was only two days, so when I say its highlight was the sculptures of Gustav Vigeland, you might not think that much of an endorsement.  But I suspect that had the trip been two months, it would still be true.  Vigeland (1869-1943) hung out with Rodin in his youth -- that influence is obvious in his monumental but always human figures -- and his masterpiece is the vast installation of 212 statues in Frogner Park in Oslo. 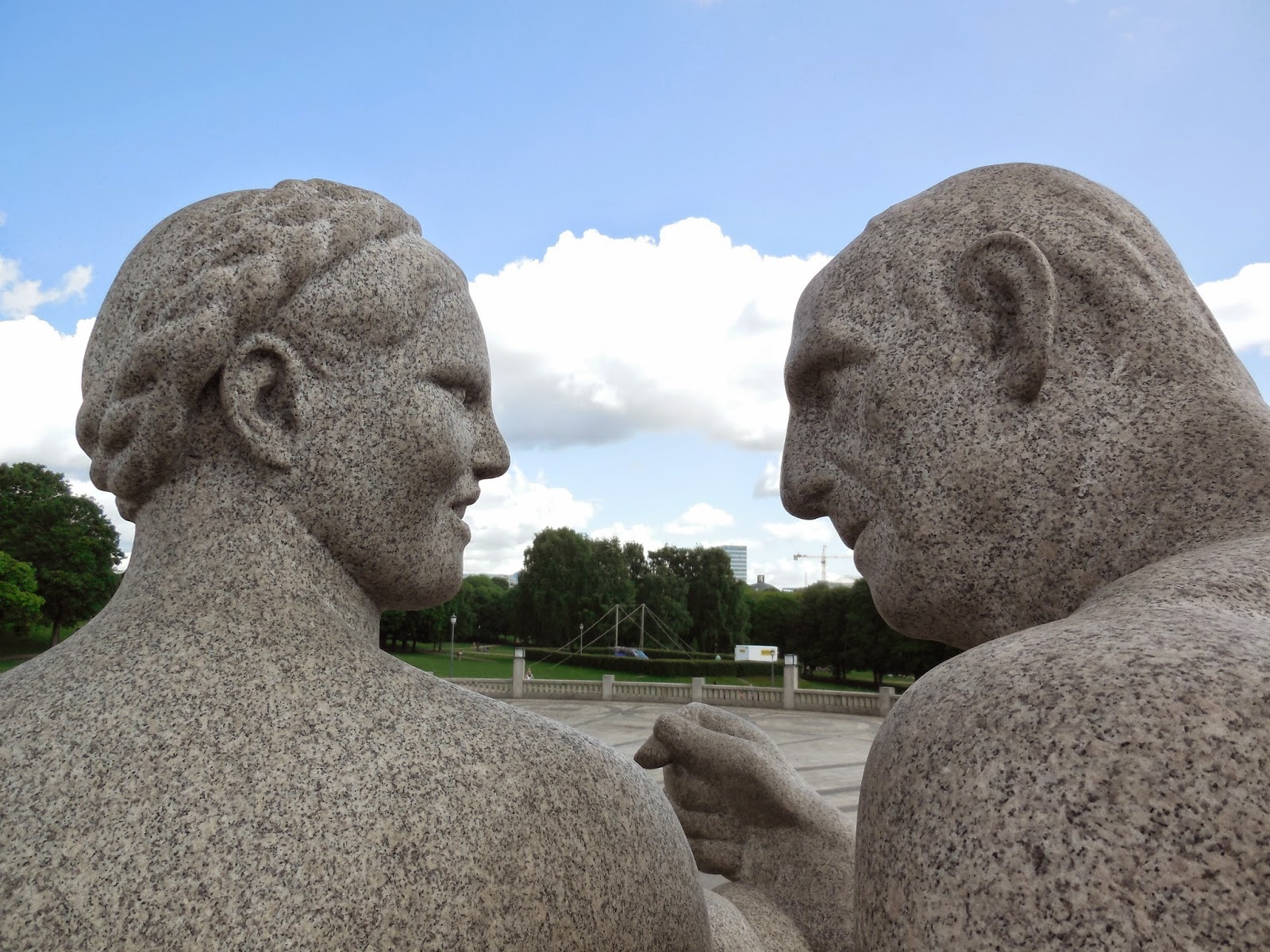 Vigeland's themes are the stages of life from birth to death and his figures depict people in every relationship -- children playing together, children with their parents and with grandparents, young lovers, young families, older people together, older people with younger people.  Mostly there's not much special going on, just ordinary activities of daily life, perhaps just conversation. 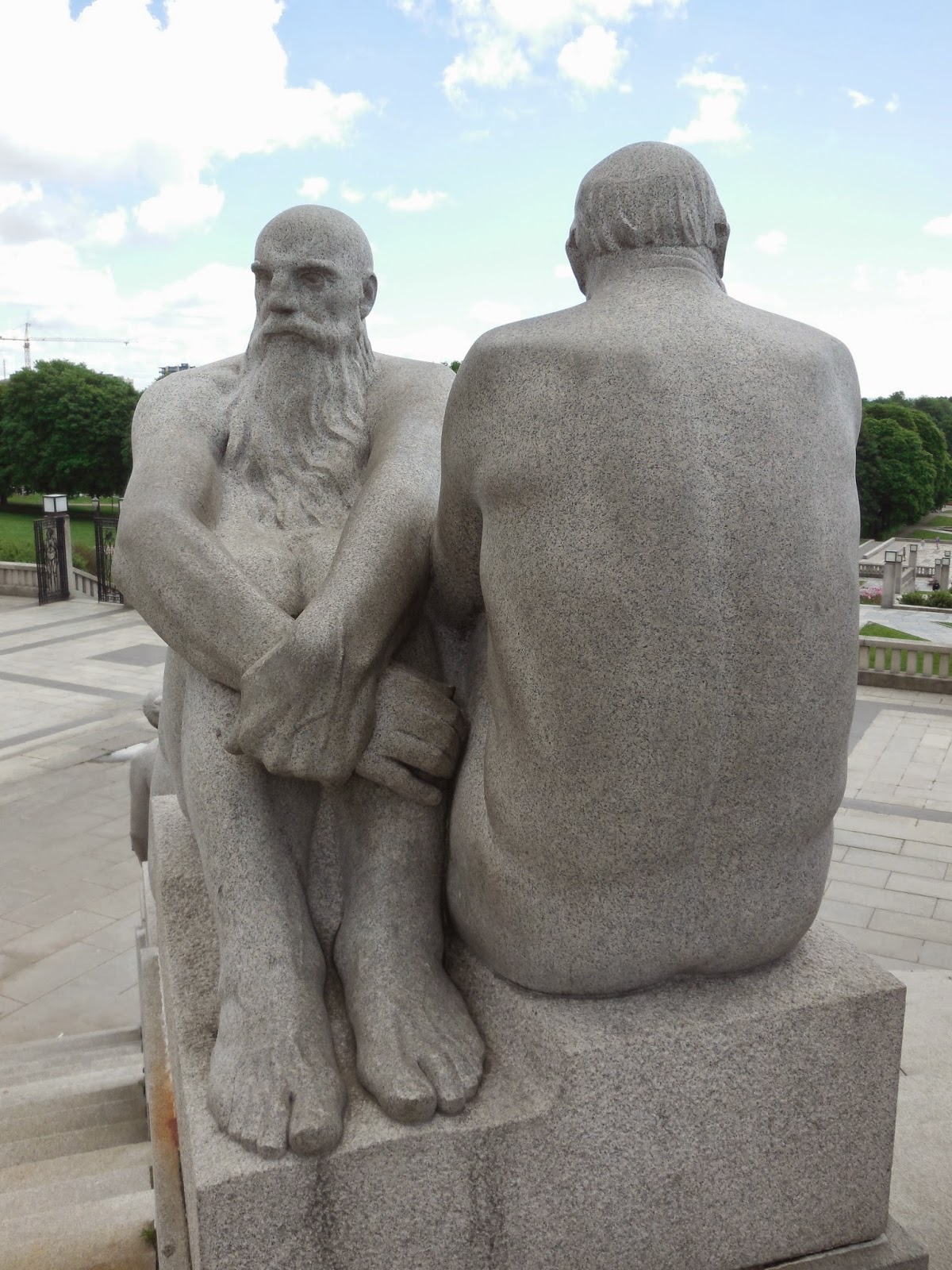 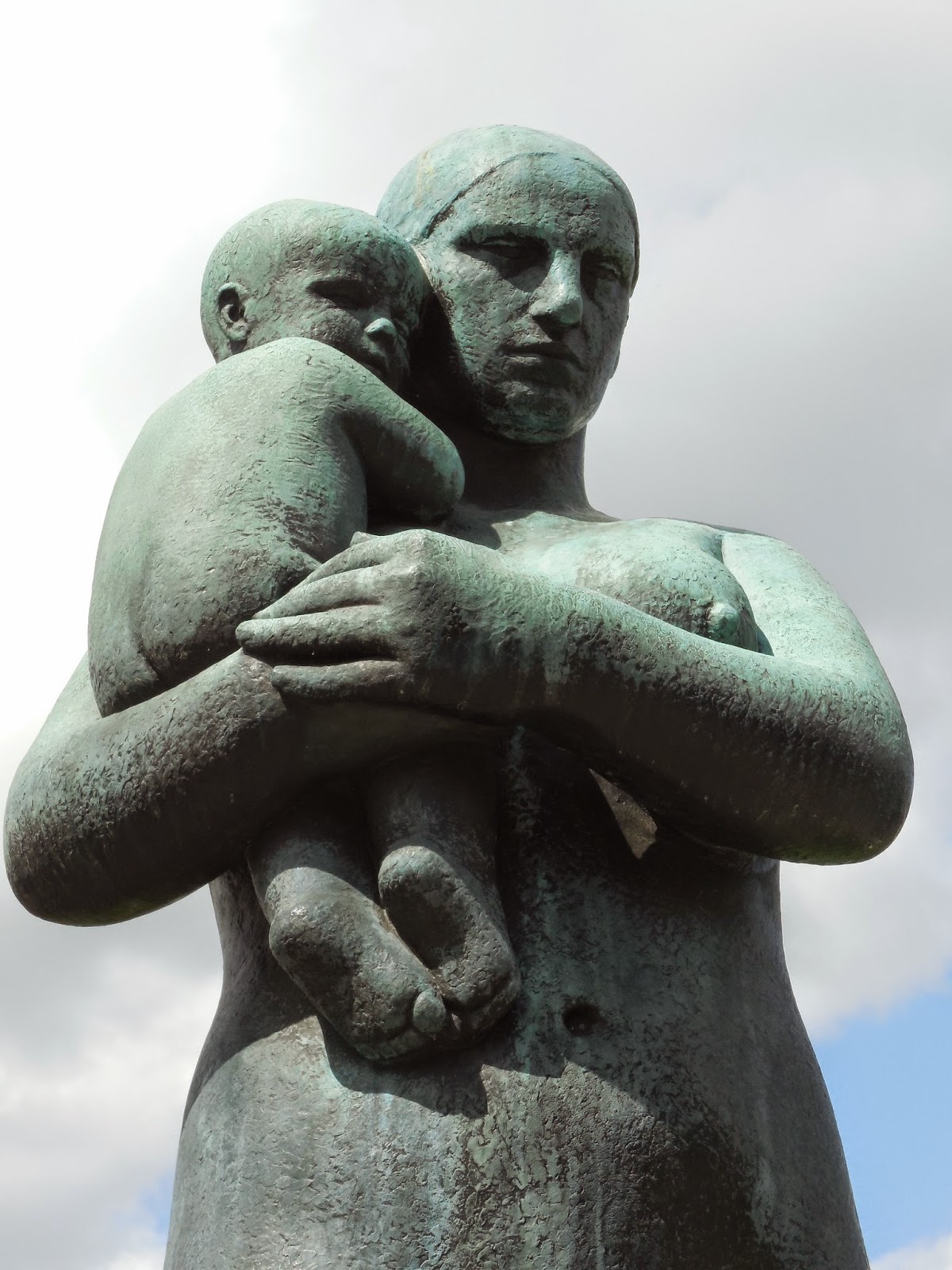 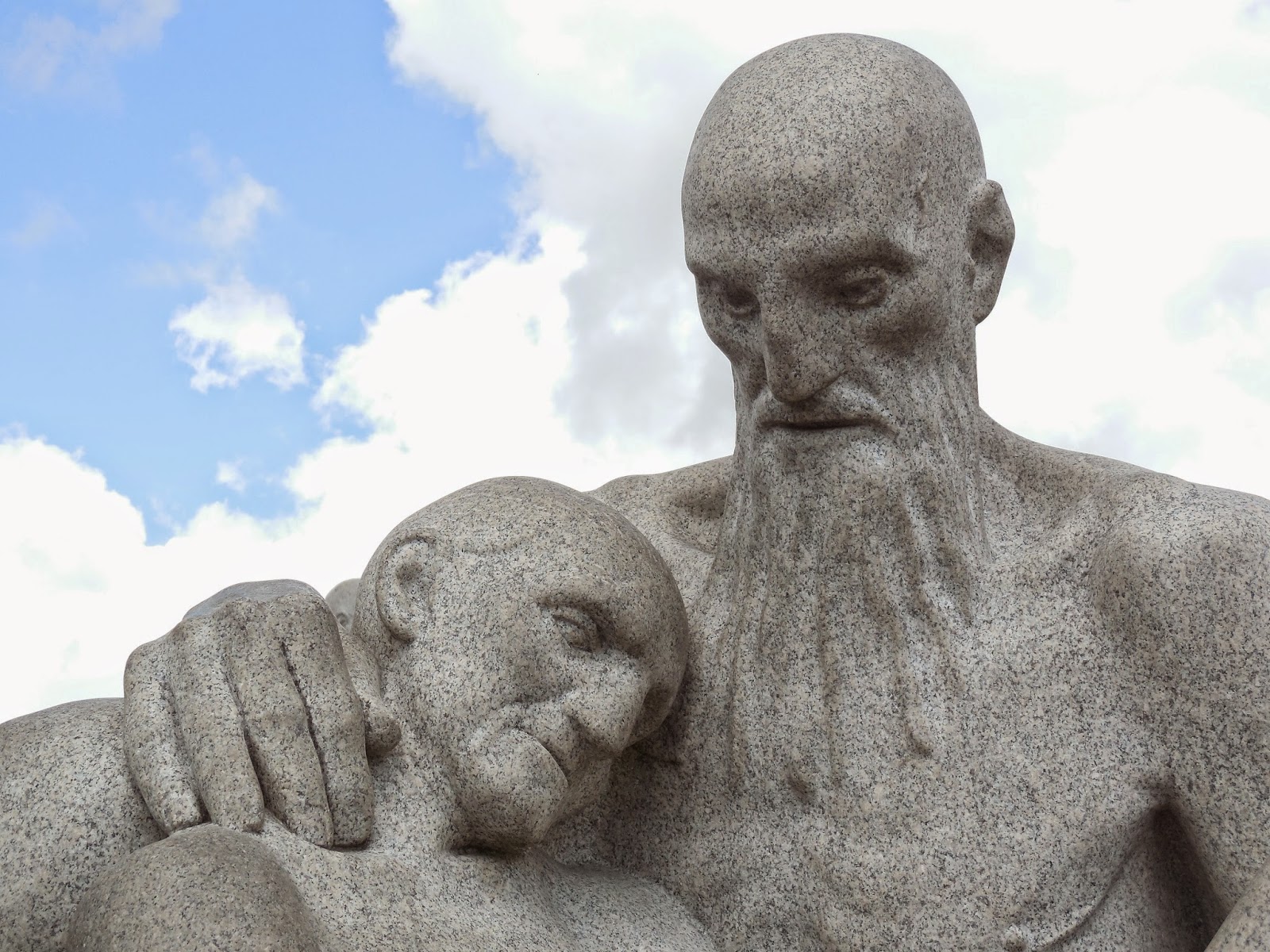 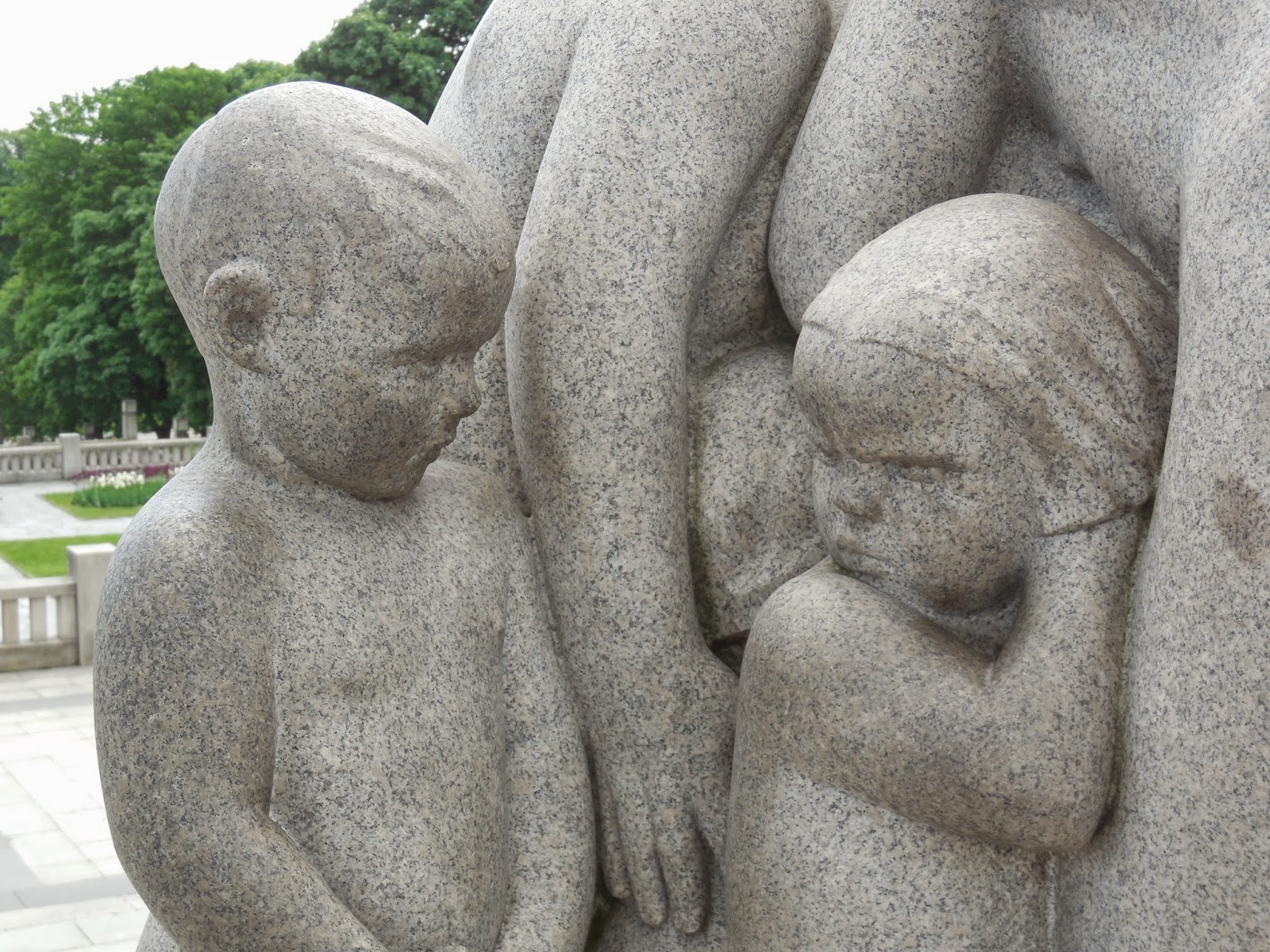 The statues are in granite and bronze.  All were modeled by Vigeland in clay, then executed by craftsmen into the final versions.  (As I was with Rodin, I am a bit disturbed by the fact that the artist's hand never touched the finished work, but of course if he had carved the stone himself he would probably have finished only one tenth of the statues and we would be the losers.) 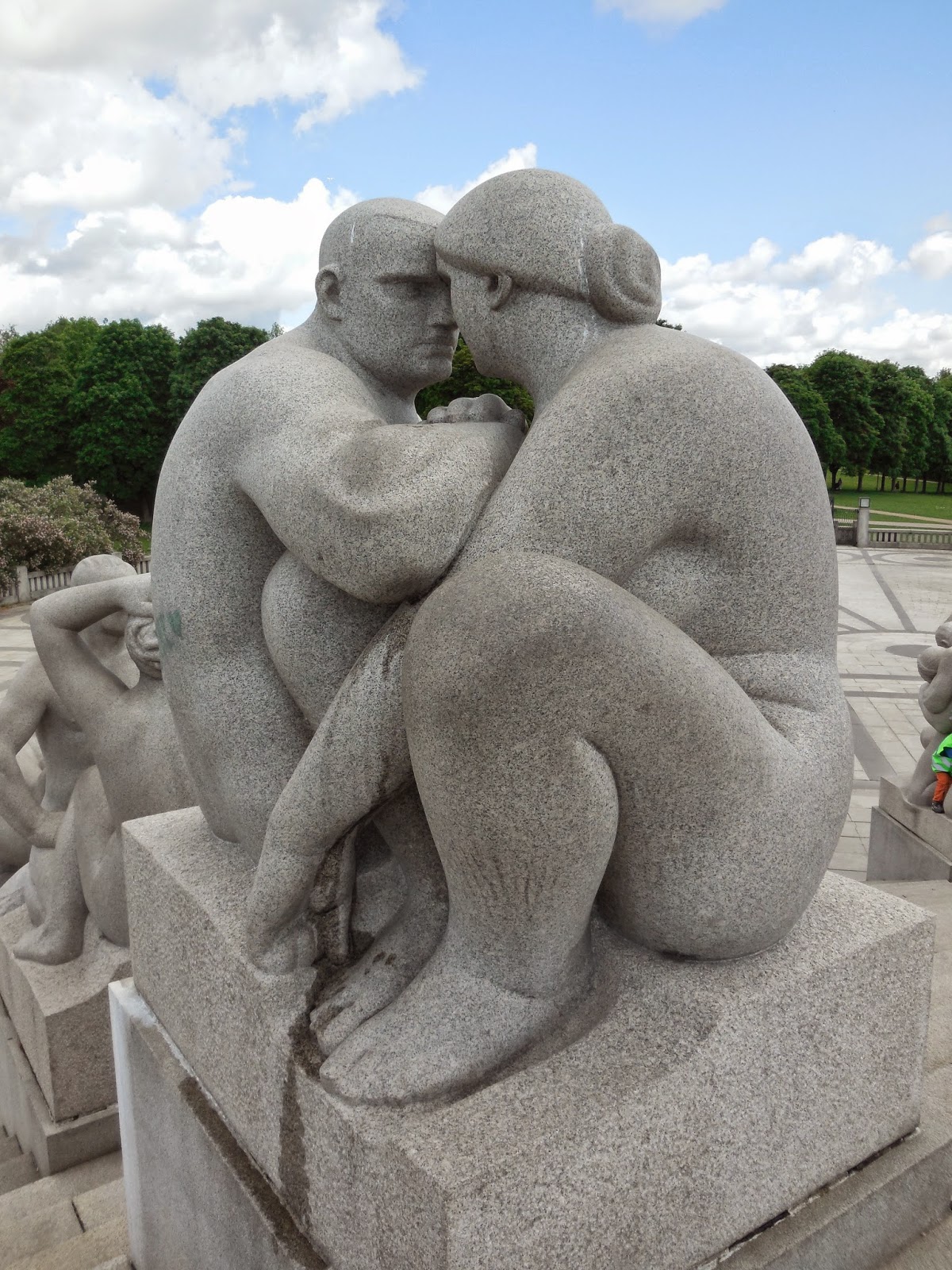 Posted by Kathleen Loomis at 6:01 AM