What I'm finding as I go through the "International Honor Quilt" boxes is fascinating, so I'll share some of it with you as I work.  My first observation is that much of the handwork is truly bad. 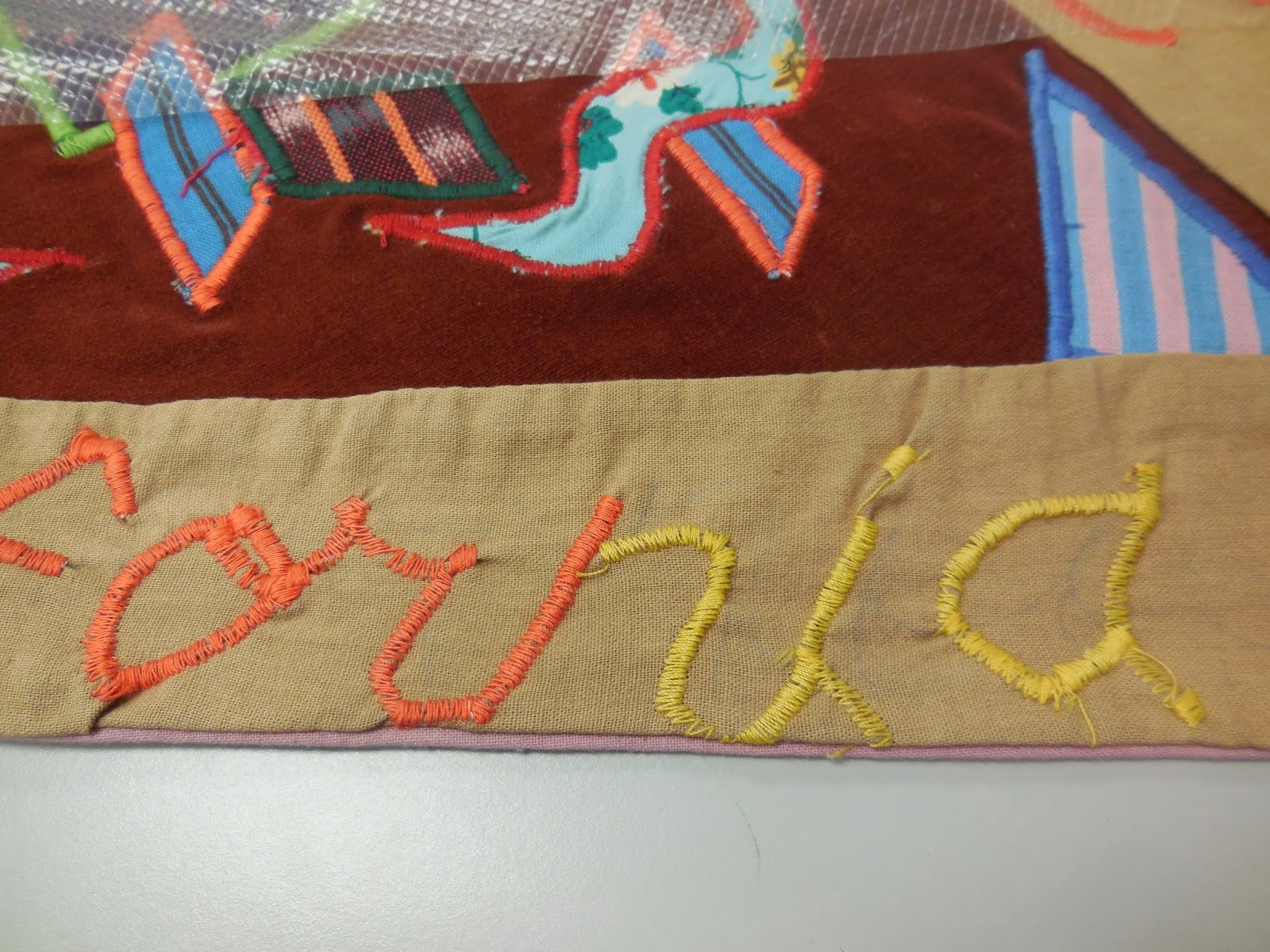 I wasn't aware of the IHQ project in the 1980s but I would have imagined it to be a magnet for accomplished needlewomen to show off their skills while honoring somebody they admire.  And there were obviously many people like that; I'll show you lots of examples if you stay tuned.  But there were also a lot of women whose desire to participate far outran their sewing skills -- and that didn't stop them. 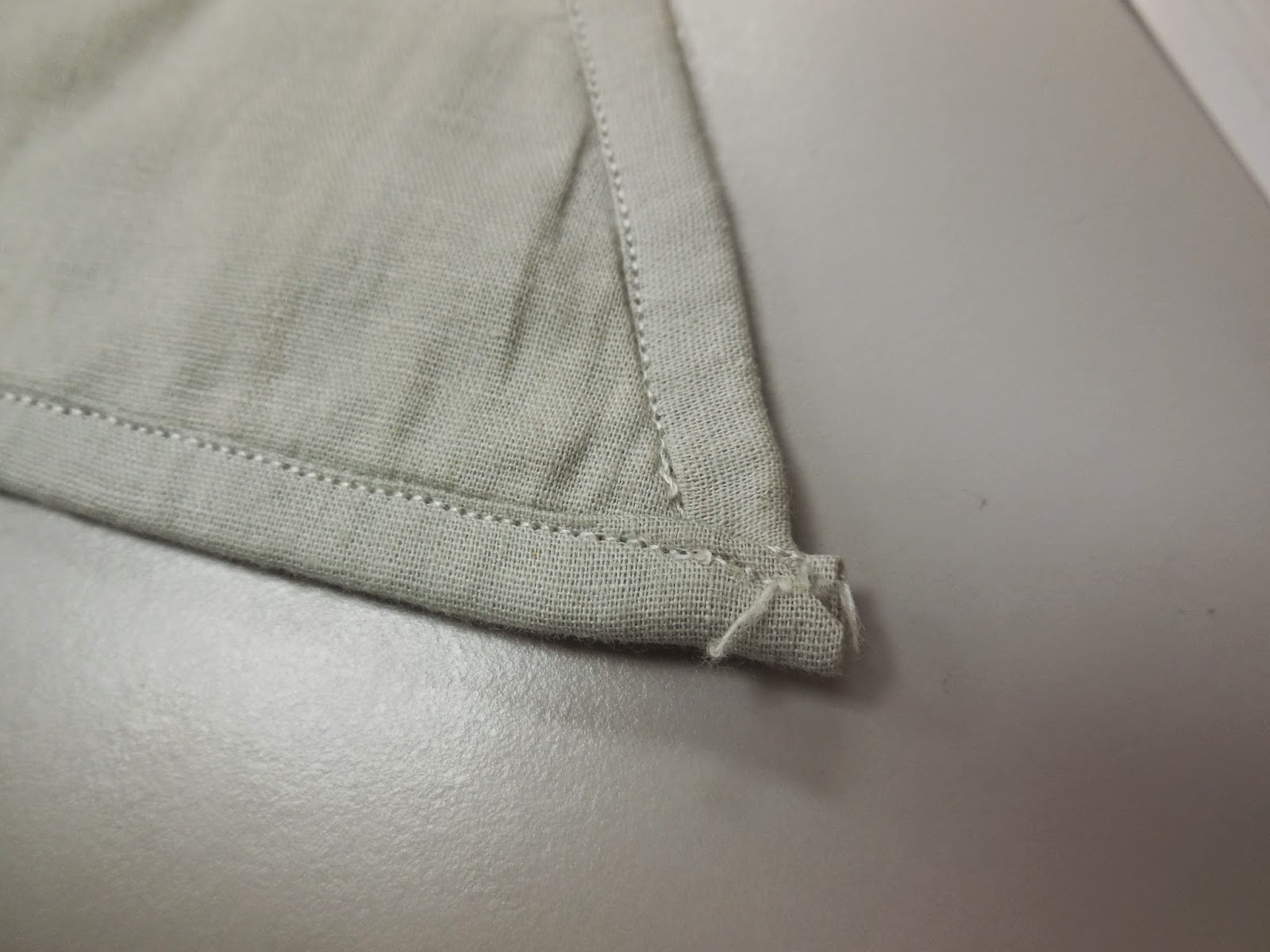 Which I find admirable, in a way. 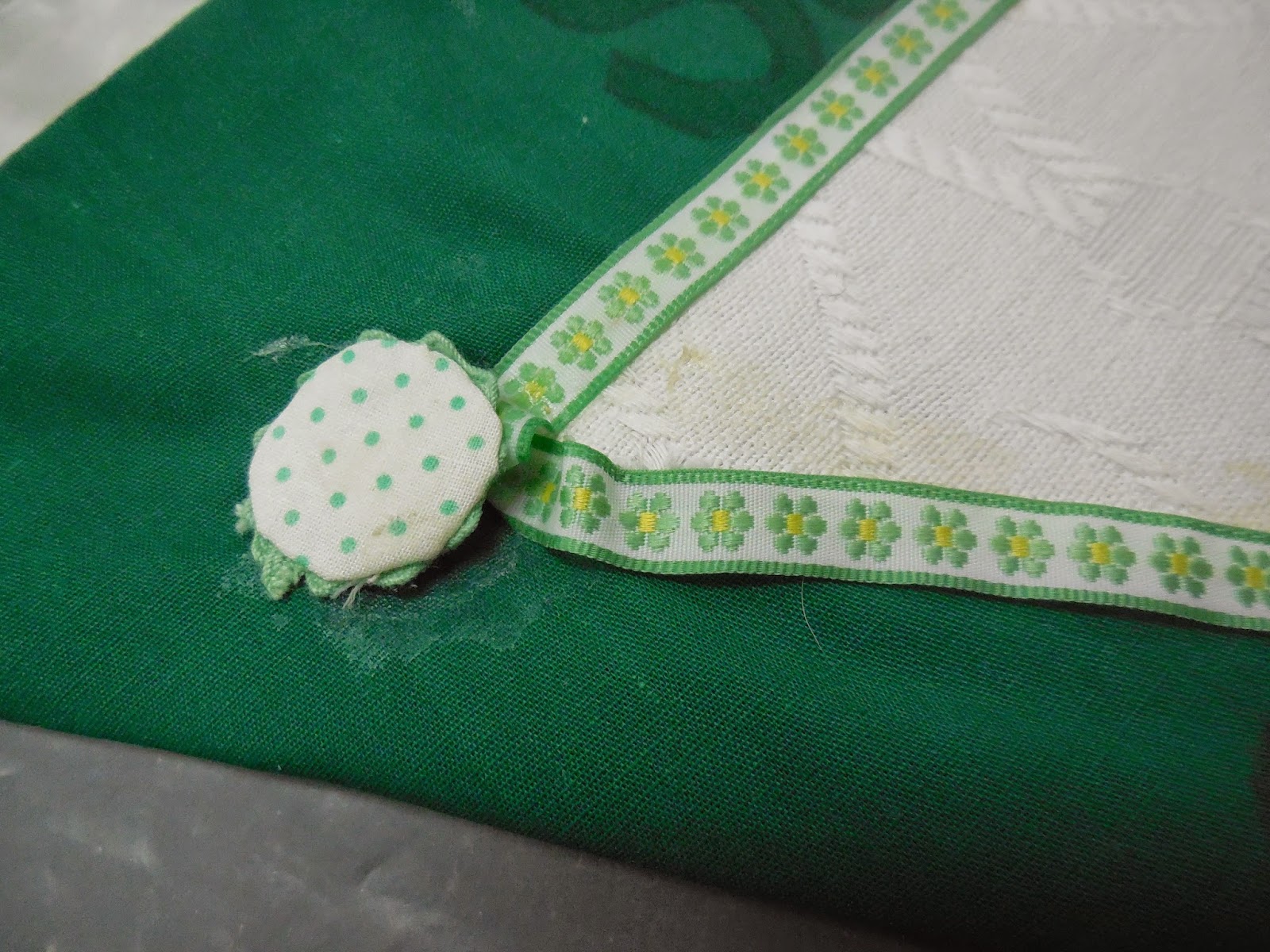 So often needlework is judged solely on its technical quality -- look at all those dull, boring and artistically empty works that win blue ribbons at the state fair because they were quilted at 24 stitches per inch or knitted on size 0 needles -- and many people think their goal is simply to get better at the stitches, rather than getting better at the aesthetics.  Many people, for instance, have been sewing or knitting or whatever for decades and it has never crossed their minds to work without using somebody else's patterns.

So I might have imagined that women without excellent sewing skills would have shied away from the project, embarrassed to submit work that wasn't up to Quilt Police standards.  But clearly I was wrong.

If I were feeling pessimistic I might take this as bad news, another nail in the coffin of needlework as fine art; if needlework displayed in a museum or gallery looks like amateur hour doesn't it make it harder for us serious artists to be taken seriously? 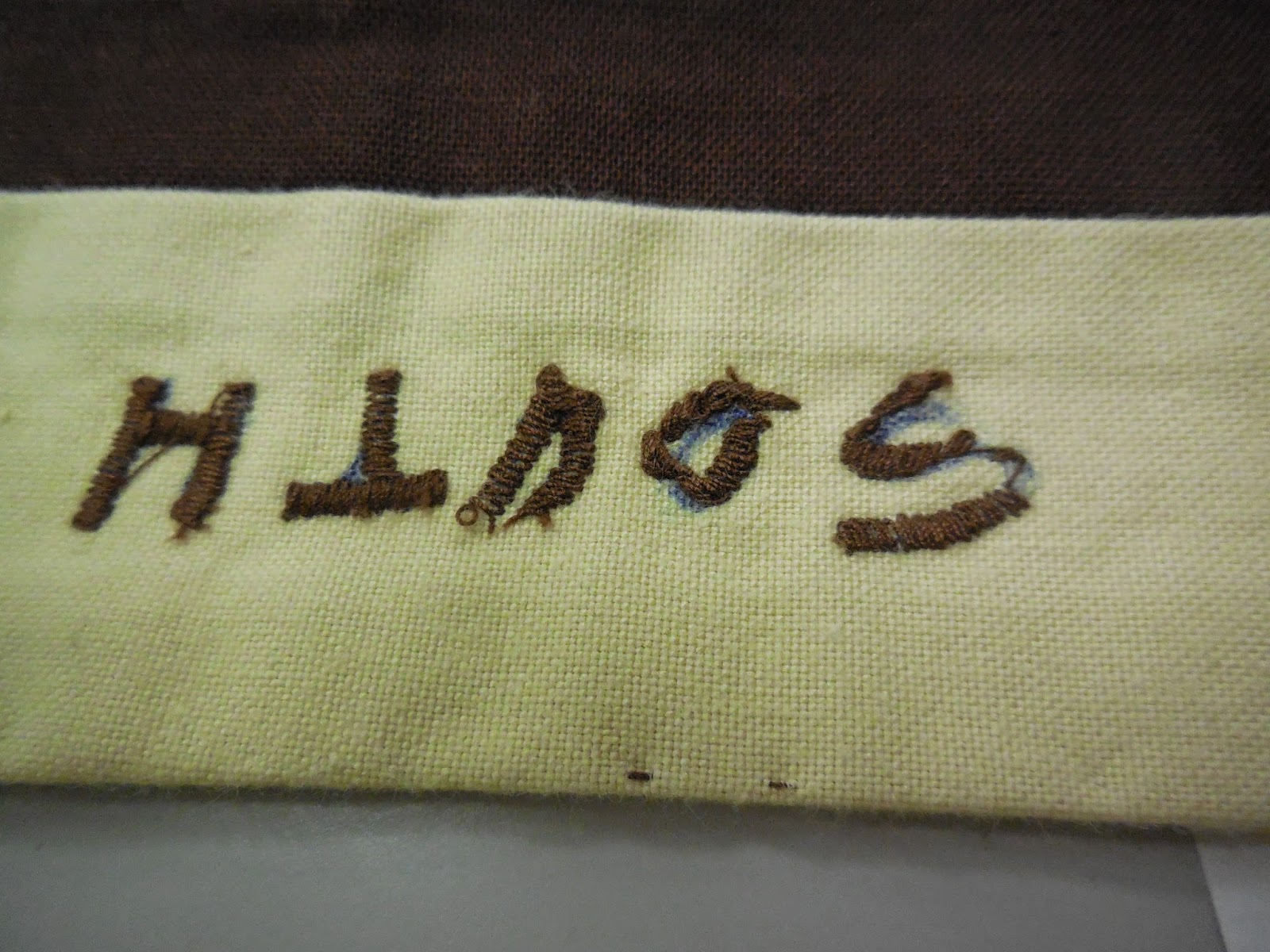 If I were feeling cynical I might make comparisons to the postmodern practice of sloppy craft, in which Famous Artists are free to do slapdash work, but I don't believe that these panels are in the same ballpark.  The Famous Artists are trying mightily to Make Art, whereas these ladies were just trying to make a statement about somebody they admire. 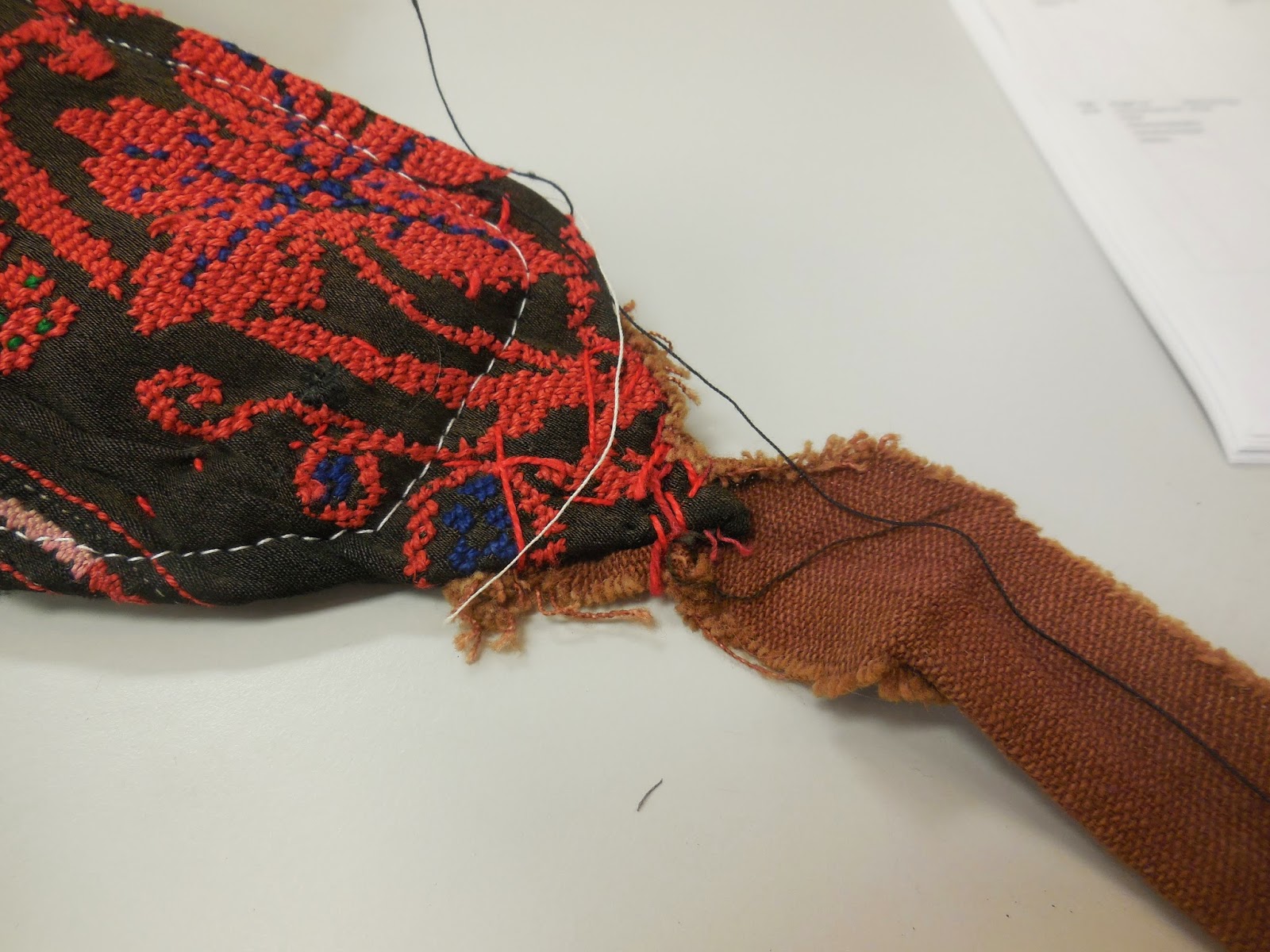 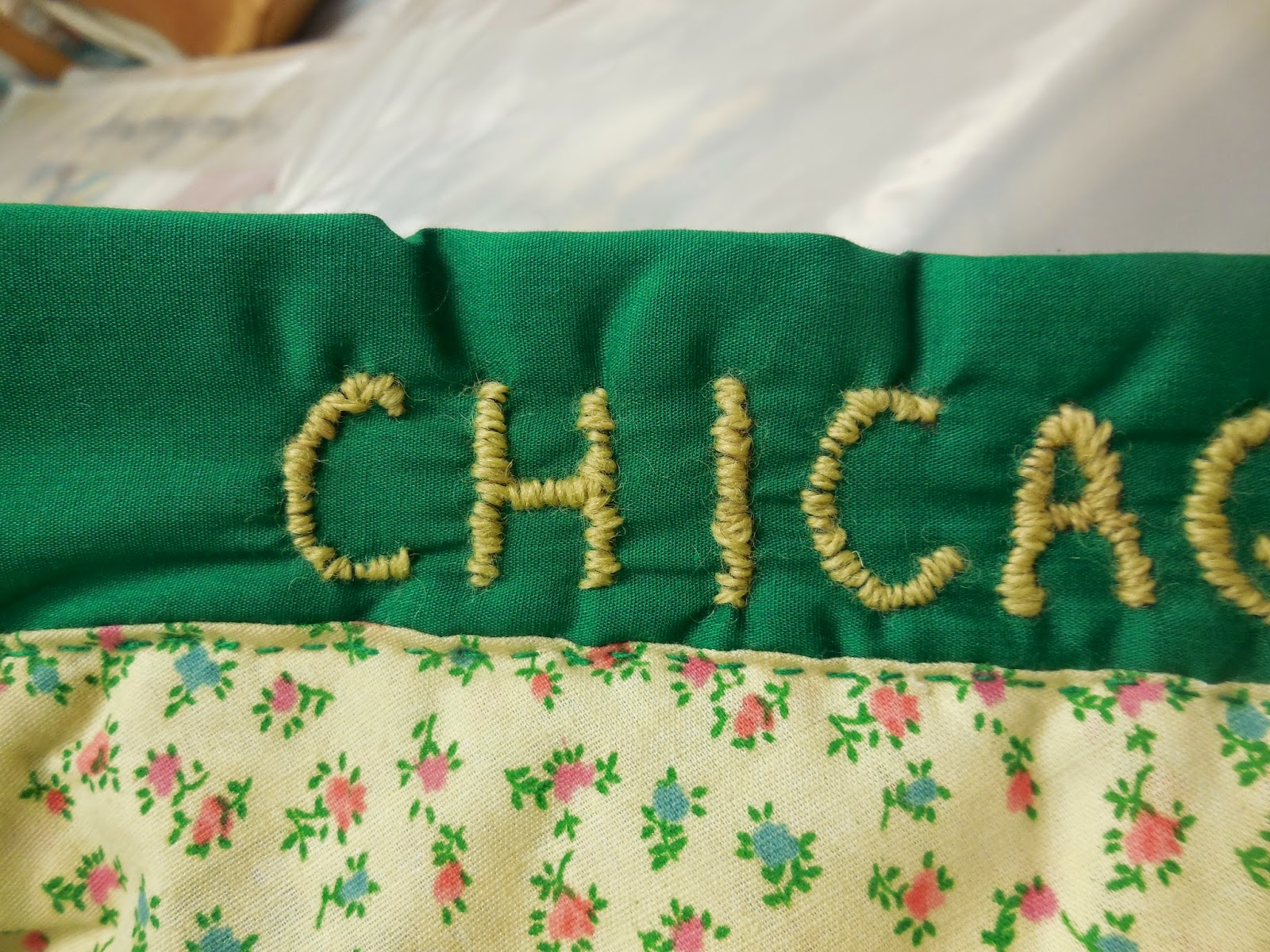 I've always been a snob about craftsmanship, practicing it myself and admiring it when I see it on others' work.  So I'm conflicted about the occasional lousy craft I'm finding in the IHQ panels. And the fact that these panels are so obviously earnest and sincere somehow makes it worse (apparently my thinking has been corrupted by the pervasive irony that hadn't quite taken hold when the IHQ was made).

I hashed this out at great length last week during a road trip with my art buddy Marti Plager (we've done a lot of good art thinking on more than a decade of road trips).  After much back and forth, Marti said, "Well, Kathy, this is just something you're going to have to come to terms with."  And she is so right.