Yesterday's lesson in my online course in Photoshop Elements was abstracting a photo to a gray scale with simplified shapes.  Since the course is geared to quiltmakers, the assignment was to make an image that could theoretically be printed out and cut apart into templates.

What fascinated me was the vast spectrum of abstraction that can be achieved with a couple of slider bars in the program.

Here's the image I started with: 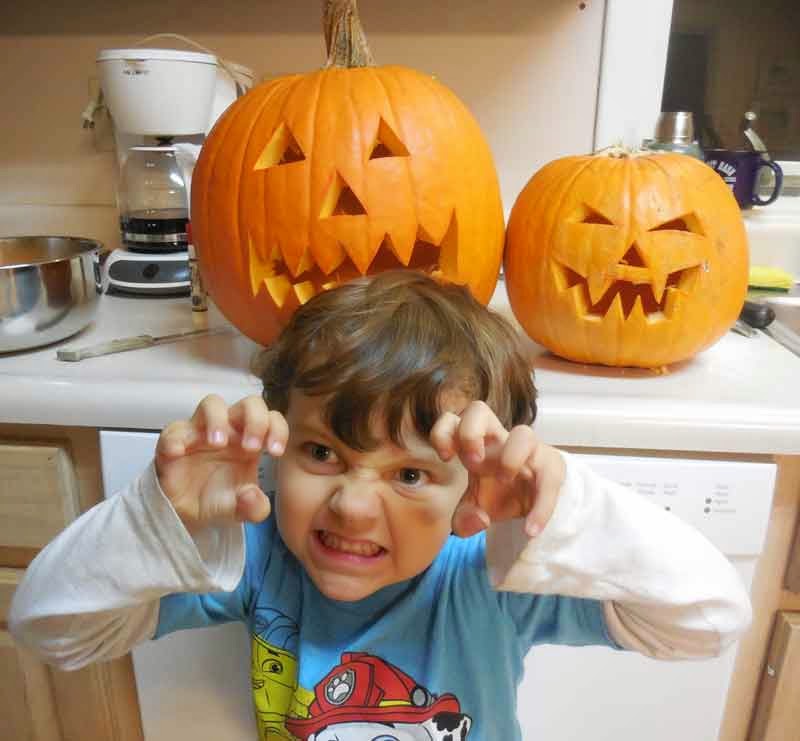 After putting the photo into a gray scale, you use a filter called "cutout," which has three slider bars.  The most powerful seems to be "edge simplicity," which goes from 1 to 10; the higher the number the greater the abstraction. 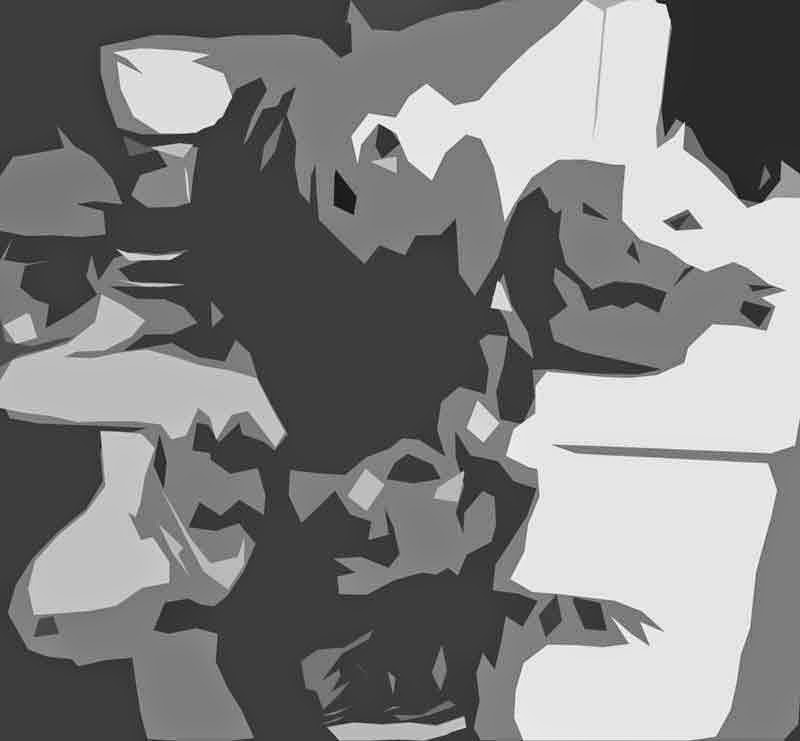 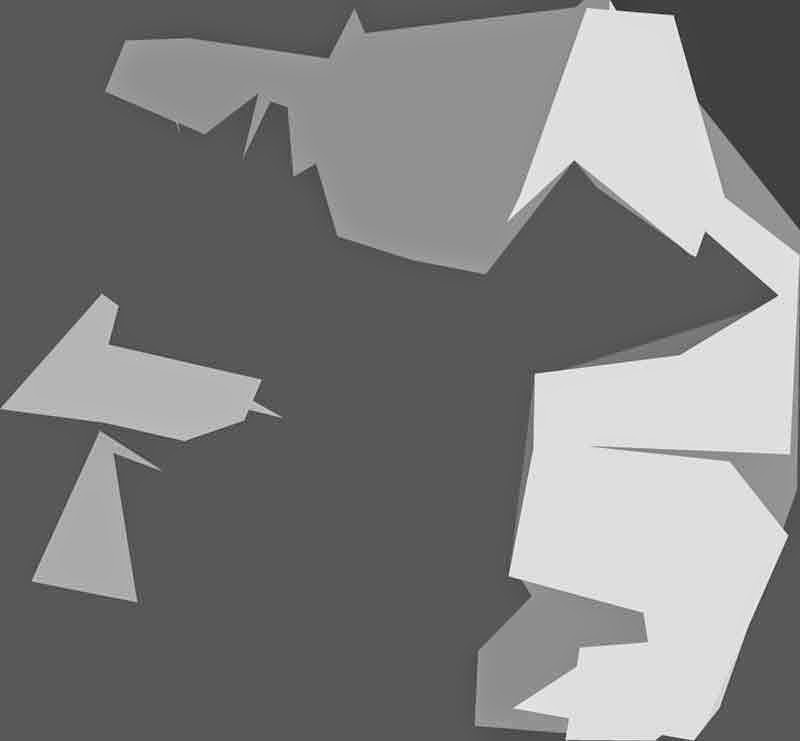 The 10 image just above is shown with four tones of gray.  If you chose three tones of gray, you'd get an even simpler image below: 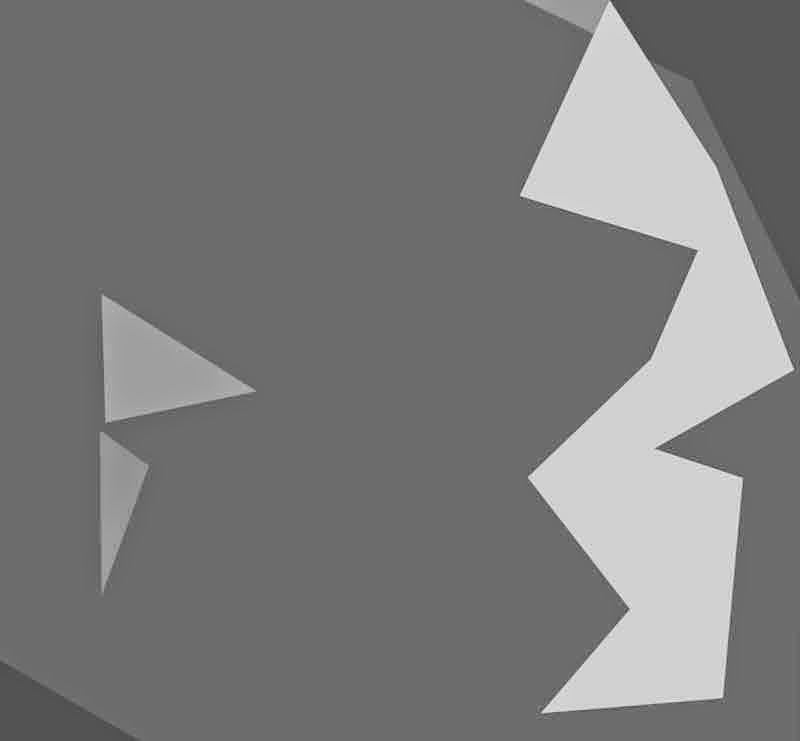 If you chose seven tones, it would be more complicated: 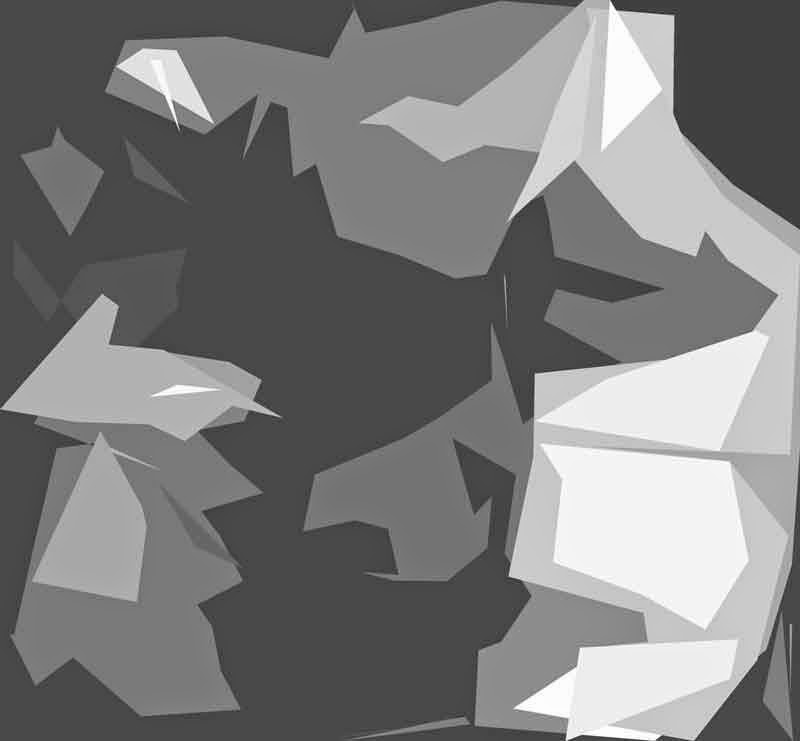 As you can imagine, there are many hundreds of possibilities just playing with the three sliders in the cutout filter.  If you did want to make a relatively realistic quilt from your abstracted image, you'd have to walk a fine line between simplifying too much, so the adorable child is unrecognizable, and not simplifying enough, so that the templates would be way too detailed to work with.

Here's the image I chose to work with; I think the edge simplification was about 5 and I think it had seven tones of gray. 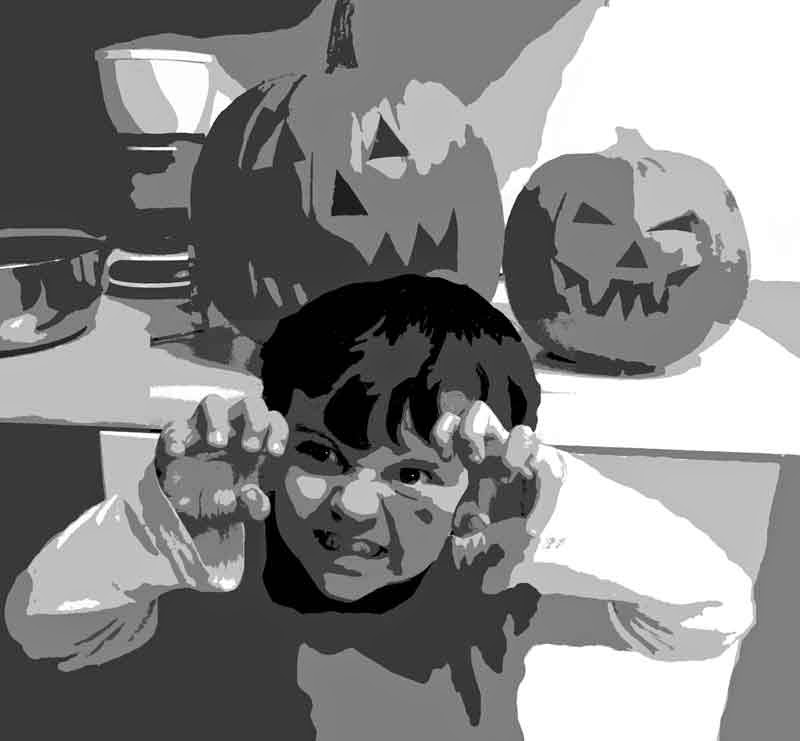 It was a lot more detailed before I got to work with my brush tool, painting out a lot of irrelevant stuff.  For instance, the sink and the window on the upper right side of the picture are now gone; the T-shirt no longer has cartoon characters.

You could easily spend the rest of the week fine-tuning, and I think that using the brush tool to overwrite a posterized image is very conducive to overkill.  You start "improving" this part of the image, then you zoom out to look at the whole thing and the part you just "improved" doesn't really match the adjacent parts, so you work on them for a while, etc.  Just like when you buy a new sofa and realize that the carpet looks pretty shabby and the drapes don't match....  I wonder if Photoshop Elements has a filter called "enough already."

And as I was fussing away at this process, whiling away the afternoon, I was thinking how terrible this would look as a quilt, and how I would probably prefer to have hot splinters driven under my fingernails than to try to make a quilt from templates.

I've seen so many quilts made from photoshop patterns, and almost every time I wonder why.  So much fiddling and fussing to produce an imitation photograph.  But that's my prejudice.

I think this lesson has revealed so much to play with in photoshop that my head is spinning.  Not at all sure what I might ever want to do with the images I come up with, having pretty strenuously ruled out the possibility of using them for quiltmaking, but I am eager to play some more and see what happens.