I wrote last week about a new piece that I just finished for my part in the International Threads challenge.  This group of eight artists in four countries has been at work for two years and we have responded to seven different challenges or prompts.  I was so enthralled by that piece, which was quite different, at least in form, from anything I had made before, that I chose to work in that same form for my last challenge.

My new approach was to work on canvas (actually I used a heavy duck fabric instead of the official painter's canvas) and to lay down "washes" of color by dense straight stitching.  The prompt for our seventh piece was "blue" and I chose to make a piece called "Blue Mountains." 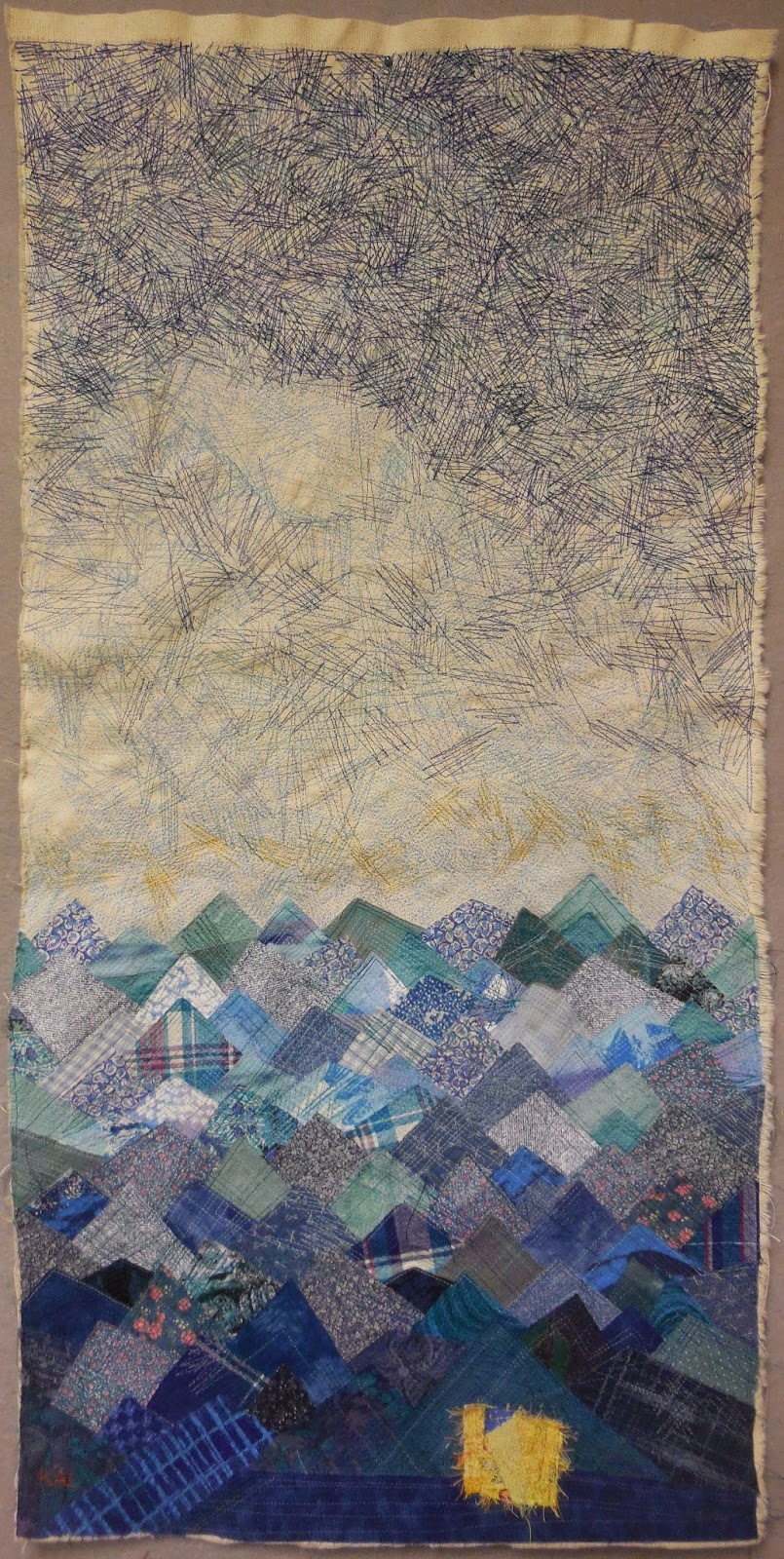 About half of the piece is the mountains, made from raw-edge fabrics, and the other half is sky, made from thread on the plain canvas background.  The little barn at the bottom edge is made from a sew-off square.

I am really happy with this piece (I won't call it a quilt because the typical quilt definition of "layers held together by stitching" only applies to the bottom half).  First off, it was fun to make!  Call up some trash TV on the DVR, turn the volume up high, and sew-sew-sew-sew all afternoon.  Change colors when the bobbin runs out.  If there ever was low-maintenance art construction, this is it!

More important, probably, is that I liked the result.  The "wash" effect of different colors of thread, layered and overlapping, has a lot of promise.  Don't know if you can see the little bit of gold in the sky just above the mountains; I put that on first and it was subsequently covered by many layers of blues, but if gives a subtle glow to the piece.  I also like the way the canvas bulges and ripples in areas that aren't so heavily stitched, especially on the selvage at the top. 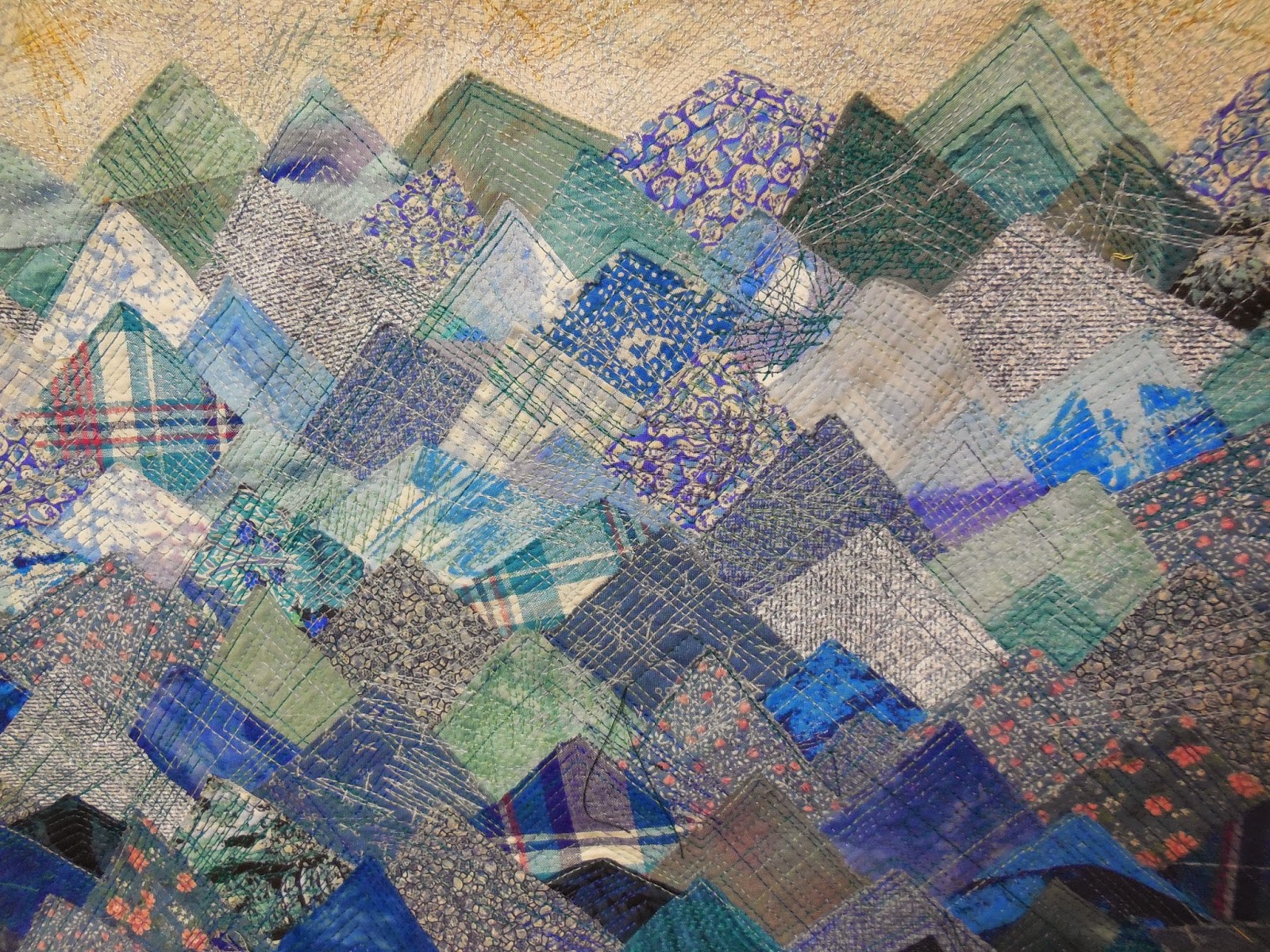 I think the next time I make one of these babies -- which I will do -- it will be considerably larger than the first two, which are 16 x 32".


Posted by Kathleen Loomis at 6:14 AM