Many artists become famous for some easily recognizable technique, subject or approach -- and when you see their early work, quite different, it's a surprise.  I found several examples in my recent Chicago museum extravaganza.

First, at the Art Institute, Jackson Pollock, before he started flinging paint in spatters.  Here he is one year earlier, with an almost-landscape, almost-still-life.  He was working on the floor rather than vertically, but a long way from his signature style. 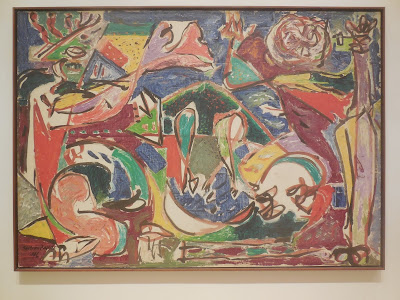 Also at the Art Institute, Robert Ryman, who went on to explore every conceivable permutation of all-white painting.  Here he was working predominantly in white, but underneath the white, definite colors visible as a background. 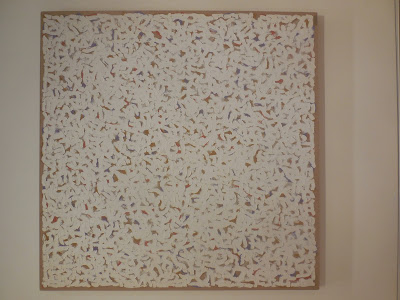 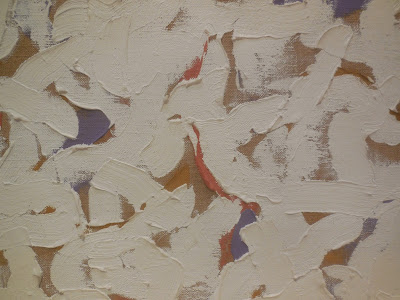 Finally, at the Museum of Contemporary Art, here's Jeff Koons -- yes, famous for his renderings of himself in flagrante with his porn-star wife, Michael Jackson and his chimp, and highly polished balloon dogs -- in a very different character.  It's a formalist tableau of vacuum cleaners and fluorescent lights in plexi cases (and very hard to photograph; you can either get the camera to see the appliances or the bulbs, but not both). 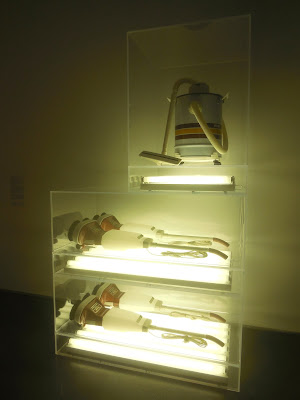 And another early Koons, in which he suspended three basketballs in a tank of water with exactly enough sodium chloride added so that the balls float at the same level: 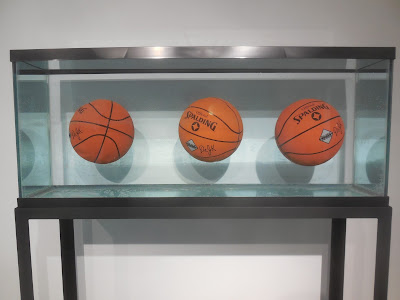