Looking through my inspiration book I saw an almost-illegible alphabet in which the letters were squashed together horizontally but stretched out vertically, and decided to give it a try.  In the book, the writer allowed the S to break the rules, letting it swoop out several times as wide as the other letters, so I thought I'd try that too.  And because I like the way I draw a capital G, I decided to let Gs break the rules too, whether capital or lowercase. 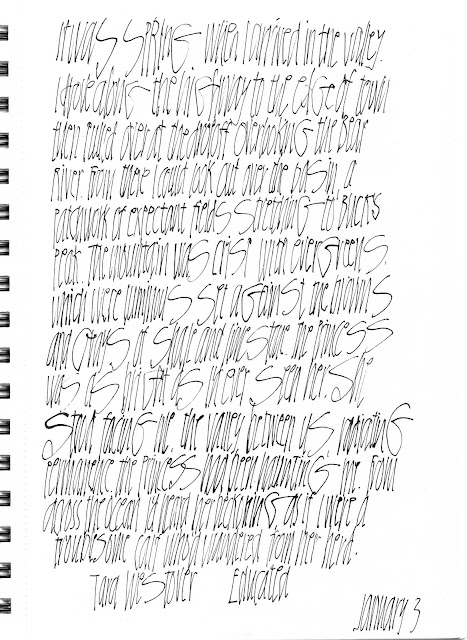 I liked the way the letters formed patterns as they extended in stripes across the page, and how the S and G rulebreakers brought some air to the pattern. 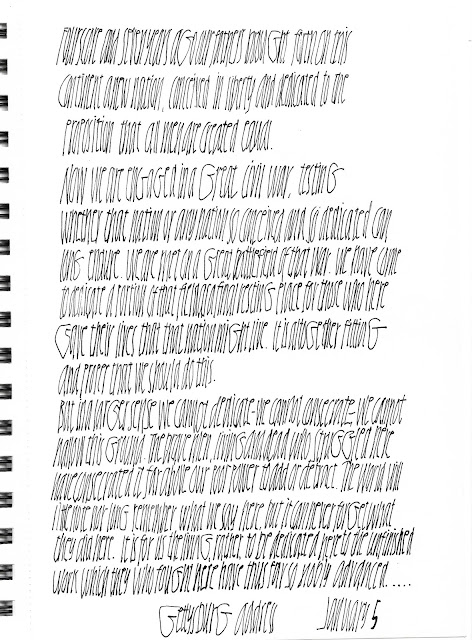 Another day, I decided to make the S skinny and just leave the G fat. 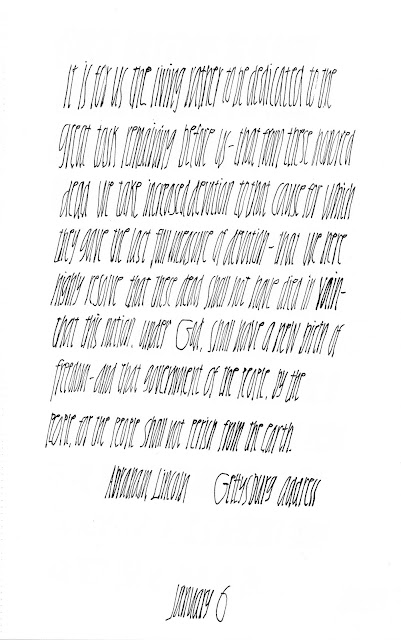 One day I made everything skinny. 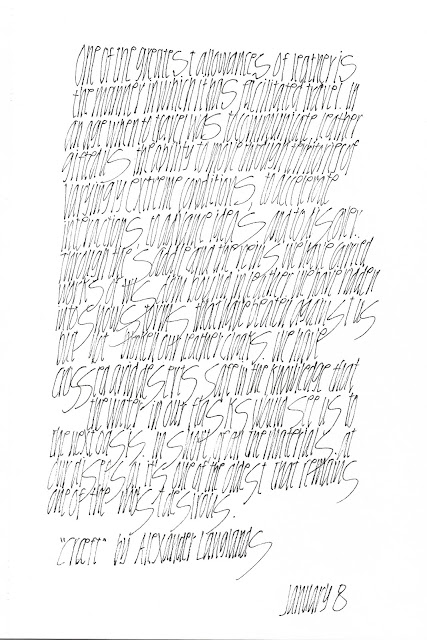 Then I made the G skinny and the S fat.  This is definitely the best one in the series.  Making the lines closer together gives a more cohesive look to the page.  I could easily keep working with this style of letters, practicing how to keep a more uniform slant and maybe ruling the left margin in advance.  But it's time to move on!

All my daily arts are posted to my other blog.  Here's the link to the calligraphy project.