Today was Molly’s second quilting lesson. She had made nine log cabin blocks, each one somewhere between 7 and 8 1/2 inches square. We decided to trim everything to 7 1/4 inches square. A couple of the blocks weren’t big enough on one dimension, so she sewed on strips that had been trimmed off larger blocks. 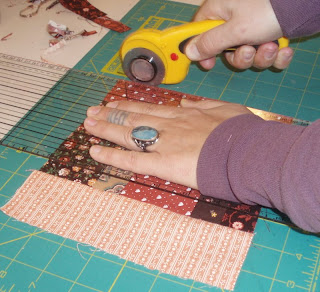 For me, the most exciting part of a block-to-block quilt comes when you finally put all the blocks together and see what they do as an ensemble. 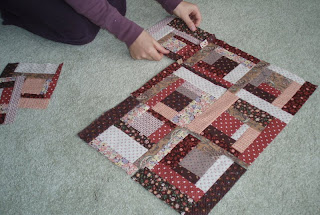 I do have a design wall that we could have used, but we used the floor instead. In the back of my mind is that Molly has to go home and work without a fancy studio, and I do her no favors if I teach her to work with resources that won’t be at her disposal later. For the same reason, she’s sewing on the kitchen table, cutting on the counter (which is an excellent work height!) and pressing on the stove (which if you think of it makes a fine, firm, heatproof, well-lit ironing board equivalent). 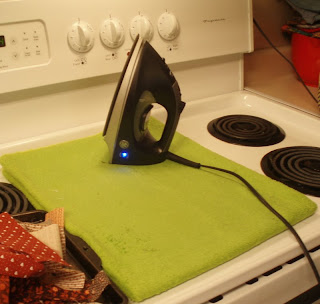 Molly turned the blocks this way and that, and exchanged them and readjusted the layout for quite a while – and don’t we all love this part!! Then she sewed them together. In the process she learned some of the subtleties of piecing, such as how it’s easier to sew over existing seams if the seam allowances are pointing toward you, not toward the presser foot, how you avoid lumps by staggering seam allowances or pressing them in opposite directions, and how the presser foot wants to slide off the edge if there are more thicknesses of fabric on one side of the seam.

The quilt seemed small, even though it’s only meant for a three-year-old, so we made three-inch borders. Here’s the finished quilt top: 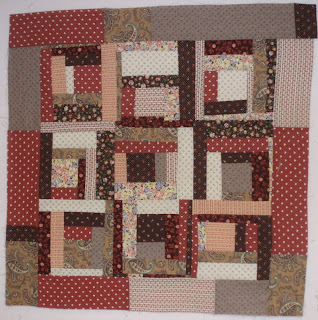 
Meanwhile, Molly told me she has visions of sewing very complex designs with small pieces, and with triangles and other odd-shaped pieces, and asked me whether she was insane to even think about it so early in her quilting career. So I gave her homework: go home and try sewing different shapes together. There is only one rule: press every seam before you sew on the next piece. She already knows everything she needs to about the theory of piecing, and it will be interesting to see what she makes and what she learns by working on her own.


Posted by Kathleen Loomis at 5:57 PM