My next walnut project is to try to make walnut ink.  I discovered this substance when learning calligraphy and it makes glorious marks.  It's also relatively expensive, so it seemed like a good idea to try to make my own.  I researched it on the internet a couple of years ago, made a batch, and when all the work was over, discovered that it was too thin and made too pale a line.  I stashed it in a safe place and thought that maybe it would continue to evaporate over time, but the place is so safe that I can't find it and check out my hypothesis. 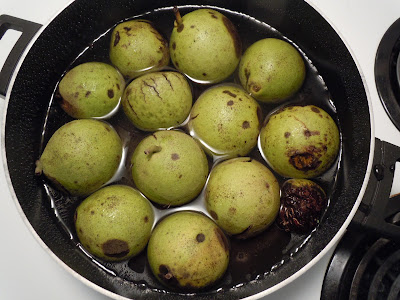 This year I decided to use the same approach but use less water.  I got out my poisonous-chemical pot (although black walnuts are used for food so can't be too poisonous) and filled it with one layer of nuts, then added water to cover the nuts about halfway.  Brought it to a boil, then turned it down to simmer and let it cook uncovered for three or four hours, turned it off and went out to dinner. 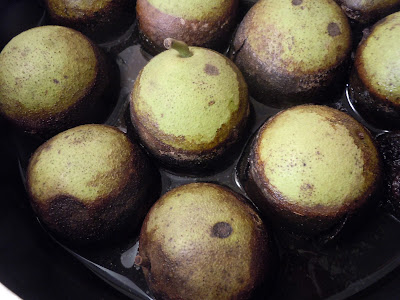 By the time we got home about half the water had boiled or evaporated off and the liquid was looking kind of dark and syrupy.  Yesterday morning I tested the liquid by writing with a pen and found it was still too pale.

For some of the day it simmered over low heat. When we got ready to leave the house, I would turn up the heat for a couple of minutes, then turn if off while we left. I suppose that it cooked for five or six hours.

By then, the ink was thick and syrupy and when I tested it in a pen, it was even darker than the commercially bottled ink I had just bought at the art supply store, so I decided it was done. 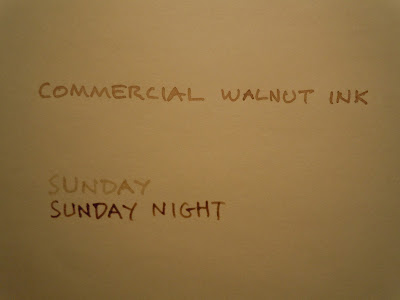 I pulled the walnuts out of the pot, wrapped them in some white fabric and stashed them in a plastic bag. I strained the ink through another piece of fabric to get rid of any bits of nut or husk. 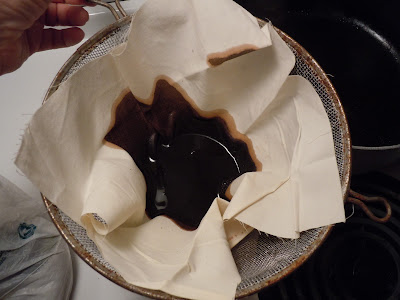 My plan is to let everything sit for the rest of the week while I go to meetings and do other exciting things.  I'll let you know what transpires.


Posted by Kathleen Loomis at 6:40 AM