I wrote last week about the member exhibit at Kentucky Museum of Art + Craft in Louisville.  The museum has another show just ending, a survey of 50 years of work made by members of the Kentucky Guild of Artists and Craftsmen.  Like the member exhibit, this one has plenty of quilts on display, but the tone is more retro, as you might expect from a show reaching back over the last half century.  Here are some of the highlights. 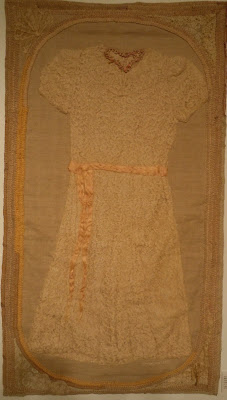 Alma Lesch was the godmother of fiber art in this part of the world and her signature style was to use garments to symbolize their former wearers -- here, her own prom dress. 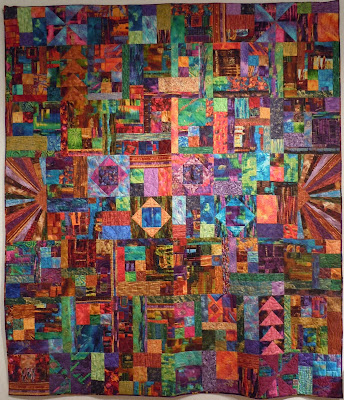 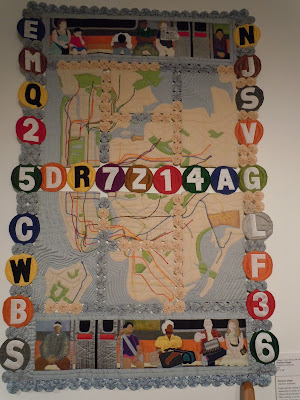 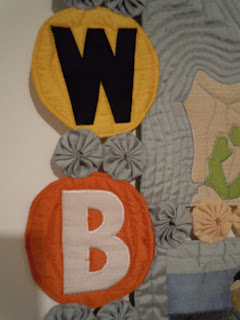 I'm sorry that the lighting is bad in my photo because this is a lovely quilt -- superbly crafted and cleverly designed.  I usually am not a fan of people depicted on quilts, because it's so difficult to do it well.  But Seigel's people, graphic without being cute, are perfect.  And don't you love anything with yoyos? 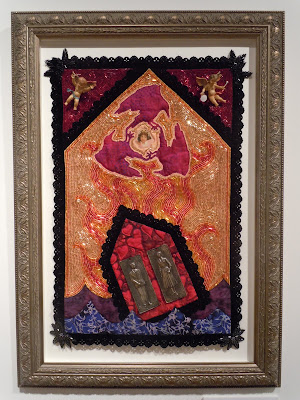 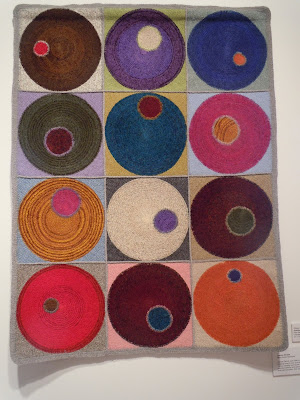 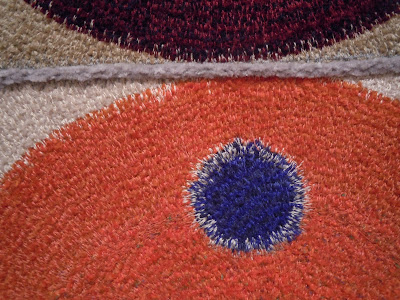 Technically I'd call this a quilt, with layers held together by stitching.  Dennis sure does love using her sewing machine -- some years ago I stole a concept from her of making bowls out of coiled yarn so heavily stitched that they became firm and rigid. 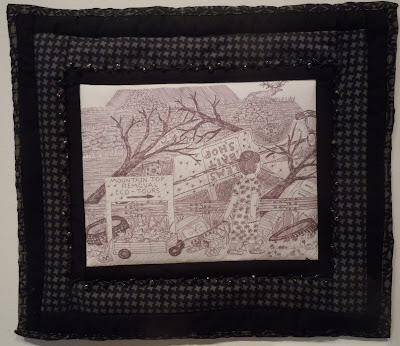 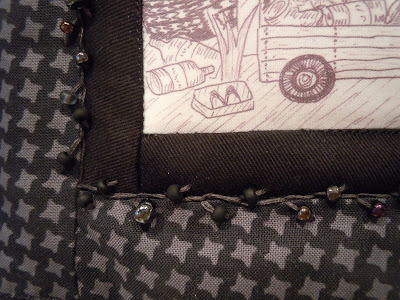 This is one of three small fiber pieces by the same artist that combine quilt techniques with drawing.  Not sure I understand why he chose to execute these in fabric rather than on paper. 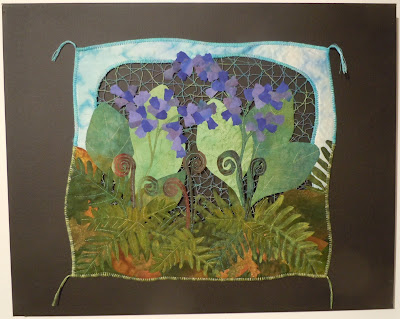 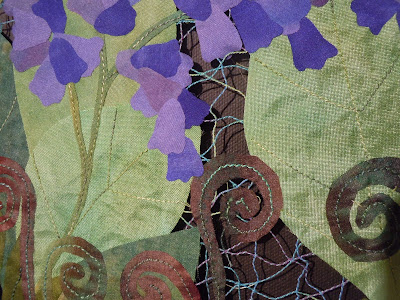 The silk is fused, cut out and machine stitched. 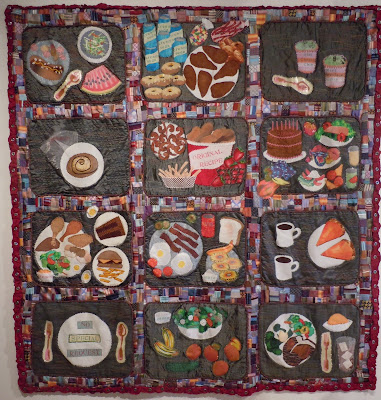 Finally, a powerful piece that strangely was displayed without letting the viewer in on the meaning.  I learned only from reading in the newspaper later that the subject of the quilt is the last meals ordered by prisoners on Death Row.  But without this information at the museum, I walked past without stopping to scrutinize.  Geez, people, hide your light under a bushel!