5 recently visited the Bascom Art Center in Highlands, NC, to see a show of Frank Stella prints, representing several decades of his work.  I had always known Stella as a painter, but his printmaking career has been just as fabulous, and I had the pleasure of attending the show with a printmaker, who was happy to point out nuances that I would have missed.

Stella was highly inventive in combining different things into a single work. In many of his pieces, he constructed the printing plate by collecting leftover pieces of metal that resulted from cutting magnesium shapes to affix to his paintings.  He would collage them onto a single support, then etch or engrave additional lines into the metal.  Many of his prints involved dozens of impressions, as he used different colors, changed processes, and maybe drew or painted over the top to finish it off, which the curator says "makes it difficult to even categorize the work as a print." 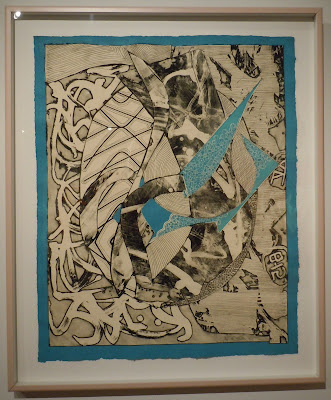 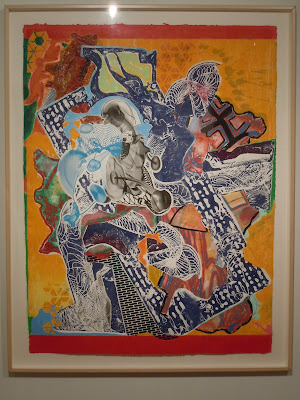 To make his Shards series, Stella cut up lithography plates from an earlier series and reassembled them.  The grid pattern recurs throughout his work. 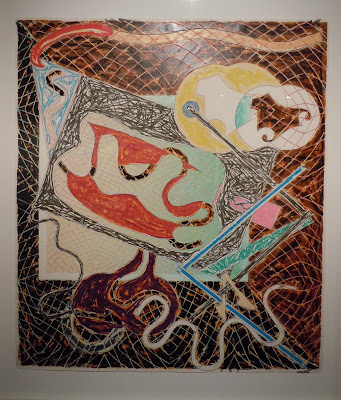 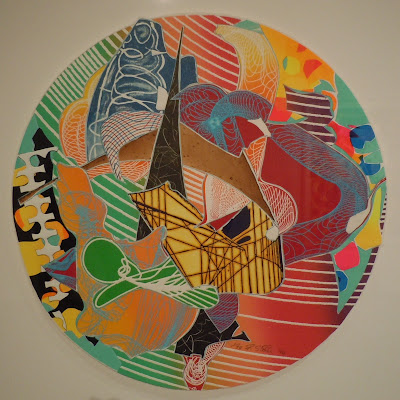 Stella is a man after my own heart in that he loves to find miscellaneous pieces of stuff and use them for art.  He described how he made the plate for the print shown below:  "I noticed a four-by-eight sheet of plywood lying around that had been used as a backing board for the cutting or routing out of shapes for the reliefs (paintings).... Since the board was used to cut many shapes, a record had been left of many outlines cut over and through each other.  I loved the idea that simply inking the surface of the plywood board would produce a web of white lines, if one only pressed a piece of paper against it." 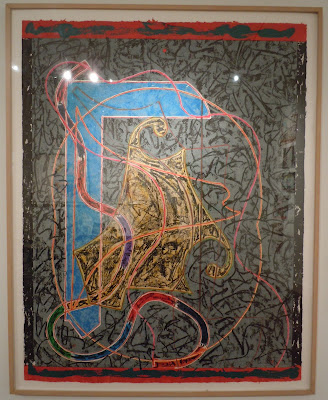 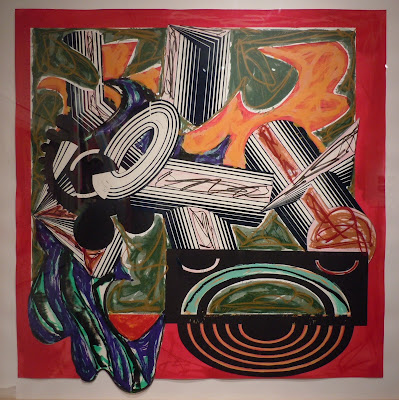 Although I've never been a printmaker, I lust over these processes and it was great to see the work of a master.  Sorry to say, the show is no longer up, but you can probably get a catalog from The Bascom.


Posted by Kathleen Loomis at 6:03 AM