Last month some people in my artists book club got together at my house, and somehow the conversation turned to my postage stamp quilts and how I got the idea to make work in that format.  Since we were, after all, at my house, I was able to run into the studio and bring out a handful of my sew-off squares to demonstrate the process.  One thing led to another, and everybody in the group went home with a square or two to see if they would inspire some art.

This week most of the people came back with their artwork, and the overachiever's prize went to photographer Keith Auerbach, who had taken his two little squares, scanned them and played with them in photoshop.  He ended up with a whole series of compositions that he printed off as notecards and gave to me. 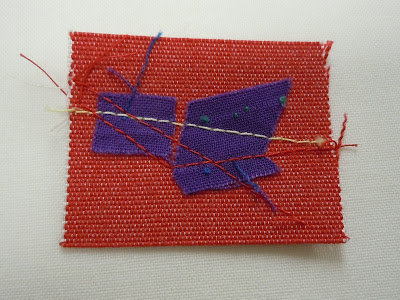 And the finished image: 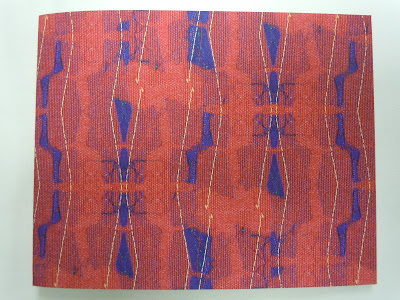 With some color manipulation: 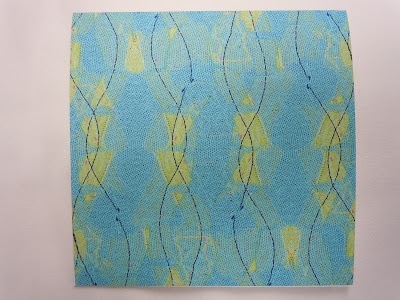 And some shape manipulation: 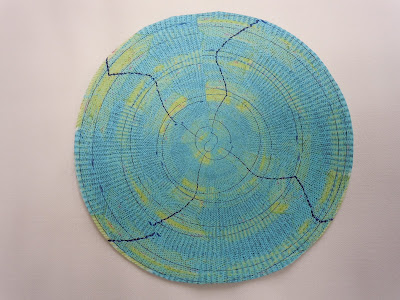 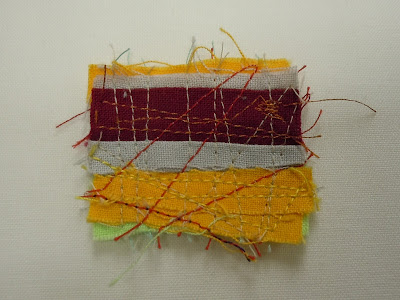 And here are some of the finished images in this series, with various manipulations: 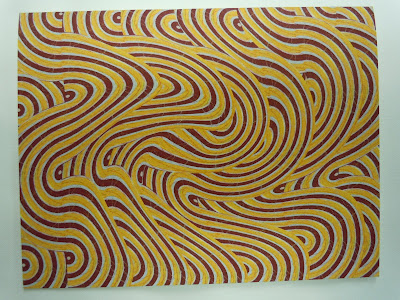 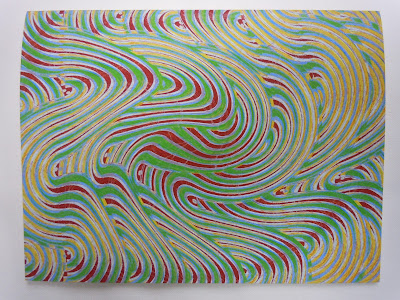 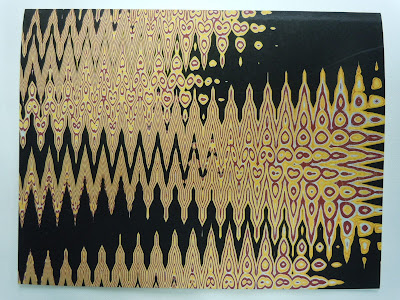 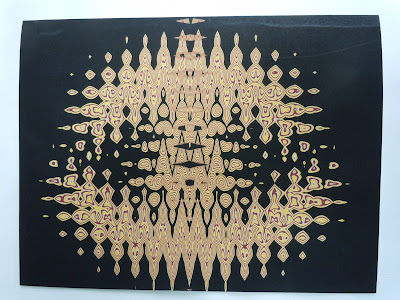 If you've been following my year-long efforts at collaboration, you may think that this work doesn't really qualify, since I did 0.01 percent of the work and Keith did the rest.  And you would be right.  So to keep things honest, I'm going to take some of Keith's images and put a lot of work into making something with them as a starting point.  Not sure when this part of the project will be complete, but I'll show you what I come up with.