If fall comes, can Christmas be far behind?  While the jury is still out on whether fall has come -- we're having temperatures in the 80s all week -- I have noted the calendar and determined to get going on my annual Christmas ornaments.

For almost 40 years I've been making Christmas ornaments for family and friends, and as both groups have expanded in numbers, the annual task has taken on a life of its own.  Not only does the list get longer -- this year we're awaiting a new baby in a couple of weeks -- but the challenge of coming up with something kind of new gets more daunting.

I've been through several different ideas this year before I settled on my actual plan.  I can't show you the finished product because many of the recipients have been known to look at this blog, but I can tell you a bit about my thought process.

After two years of paper ornaments, I'm back to the sewing machine.  Rooting around in my back storage room, I found a book of upholstery samples that were just the right size for what I had in mind. 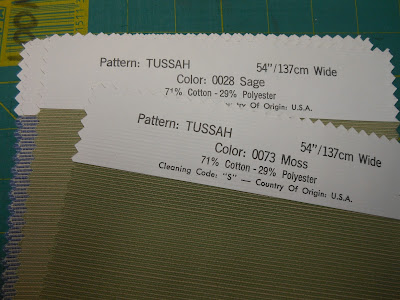 For the first time in decades I've decided to put people's full names on the ornaments instead of just their initials.  That means a bunch more sewing but a new design twist. 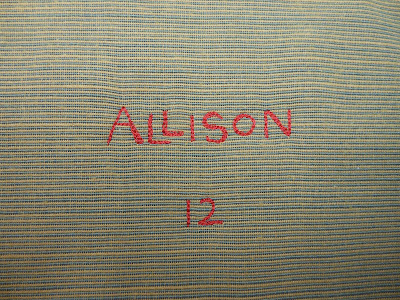 This isn't the earliest I've ever gotten started on my ornaments -- several years ago I took a bead loom along on a long freighter voyage to New Zealand and got most of them done in  late summer -- but I'm feeling pretty good about my progress.

I miscalculated and have to make another trip to Home Depot for some more raw materials, but have two-thirds of the ornaments finished so far.  Wouldn't it be wonderful to have everything done by Halloween except for the so-far-nameless new baby?

Posted by Kathleen Loomis at 6:21 AM