I wrote yesterday about an exhibit of resist dye techniques at the Kent State University Museum.  Today I'll show you some examples of what the curators call "chemical resists," although I would quibble with that term.  (There's no chemistry involved in putting a paste or wax onto fabric and letting it dry before you bring out the dye.)  I'd probably call them "dried-on resists" but I guess this kind of wording doesn't cut it in academic circles.

Anyway, here are some batik sarongs from Indonesia in traditional patterns.  In the first photo, the melted-wax resist was applied with a wood or metal stamp.  In the second and third, it was put on with a tjanting, a metal-tipped pen-like tube that allows the artisan to draw designs and make tiny dots.  The drawn patterns are considered more valuable than the stamped ones, because the color can be placed more precisely. 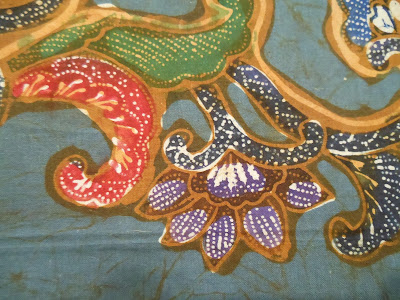 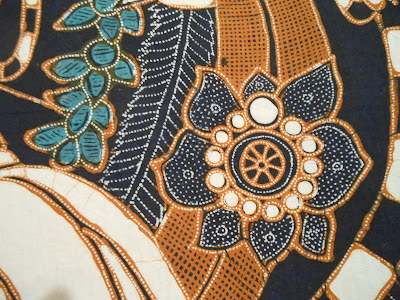 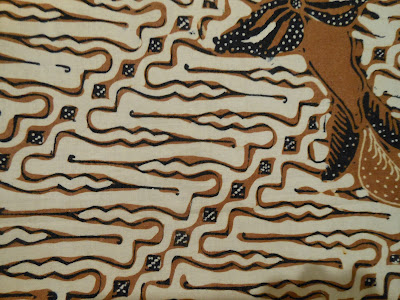 Here's indigo-dyed cotton from Japan, late 19th century, where the resist was a thick rice paste, applied using a paper tube with a bamboo or brass tip. 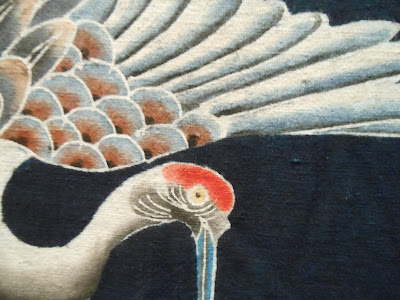 More indigo-dyed cotton, this from Nigeria in the 1960s.  The resist was a starch paste, made from cassava or yam flour, applied with feathers or sticks. 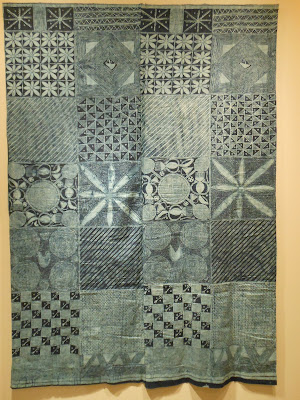 From Slovakia, the pleated cotton of a traditional skirt from the late 19th century was also dyed in indigo.  The resist was a mixture of clay, gum arabic, alum, in some kind of gooey "salve" of tallow, lard or vaseline.  It was applied with wooden printing blocks. 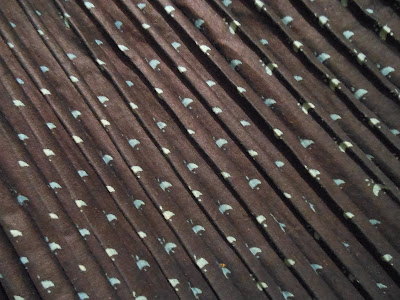 Stay tuned for ikat, next week.