No, I'm not revisiting bad politics from the Vietnam War era, I'm reporting on a recent visit to the Kent State University Museum, in Kent OH, which has an exhibit on resist dye techniques that was well worth a detour.  Having dabbled in dyeing myself over the years, I was familiar with the techniques, at least in theory, but seeing examples of magnificent master work was exciting.

Today I'll show you several examples of what the curators call "mechanical resist."

Here's a cotton textile from India, wrapped and tied in several dye stages to make a plaid.  Here it's out of the last dye bath but only partially unbound.  First, the still-wrapped portion; then the opened-up end of the package. 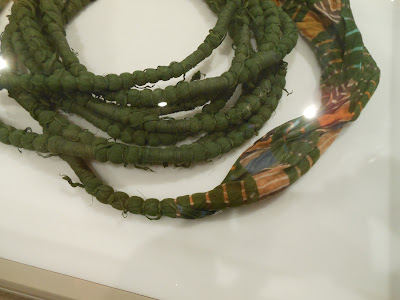 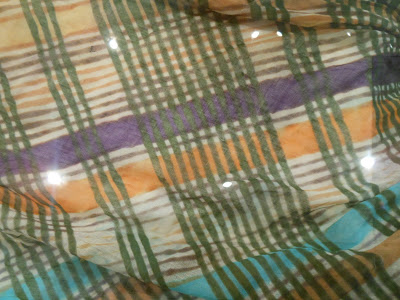 Here's a detail of a silk kimono from Japan, about a century old, with stitched resist.  I love the way the binding crinkles the fabric forever, even after the threads have been removed.  (And have always wondered whether the crinkle disappears over time as the garment is washed, and how you take care of a garment like this in the first place... maybe not washing at all....) 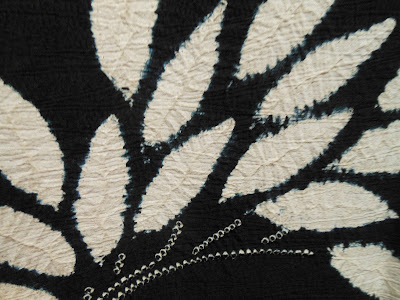 Moving ahead to the 1970s, here's a caftan by Halston, using a clamp resist. 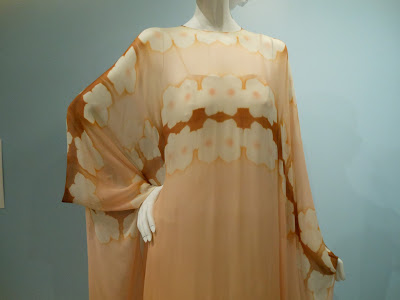 The exhibit continues through March 17.  I'll show you more in later posts.