Well, I think my book was art all by itself, but after I lent it to Keith Auerbach it took on a new and wildly different life.

He told me that after he brought the book home with him, he was afraid to open it, lest the spine be broken or a page fall out.  (Not to worry; the book is a lot tougher than that, and I suspect it's been through plenty of handling in its half-millenium of life.)  So first he just stood the book up on the scanner and took pictures of the edges of the pages.  Those scans became the basis for several prints, which are now on display at Pyro Gallery in Louisville, through March 30, and I am so pleased and proud to have helped in a small way to bring this body of art to fruition. 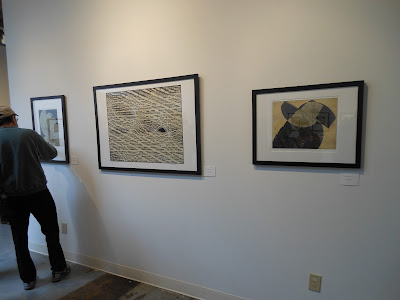 Keith did finally open the book, but only a little ways, and scanned in about half a page.  But that half-page was enough to yield several other prints. 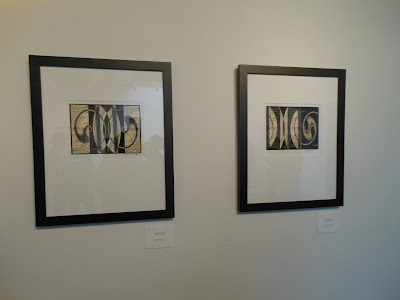 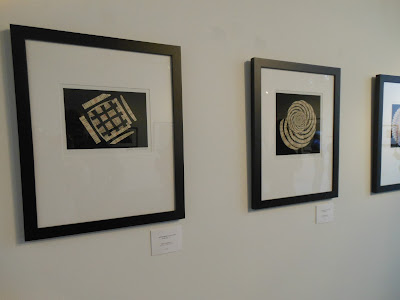 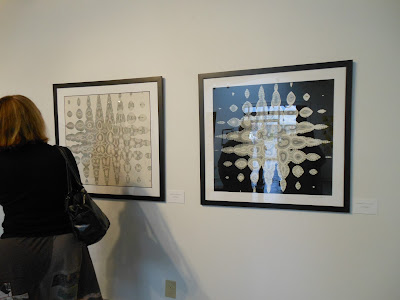 The magic of Photoshop is a secret to me; I purchased the program several months ago but have yet to spend the time to learn to use it.  But seeing what Keith has done with my book and other source material makes me jealous.  This is so different from plain old photography that it hardly qualifies to be described with the same word.
Posted by Kathleen Loomis at 5:32 AM