My book is art

I've written before about how my friend Keith Auerbach does magic with Photoshop, turning scans of humble objects into intricate and wonderful compositions.  Several months ago he mentioned that he was fascinated with scanning in bits of text from old books, and I offered to lend him a book that I inherited from my father to play with. 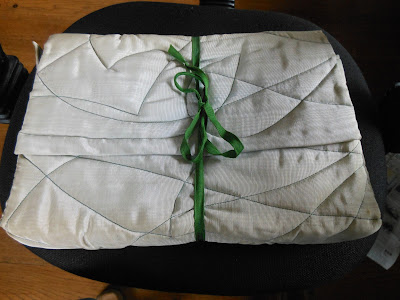 Here's the book in its protective quilted cover, which I made for Dad many decades ago, 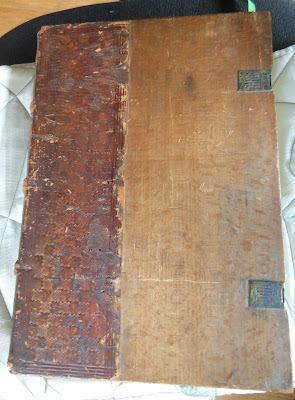 and here it is unveiled.  It was printed in 1493 in Bologna, thus qualifying it as incunabula, any work printed before 1500.  It's a theological treatise, in Latin of course, by a prominent cleric named Matthaeus Bossus. 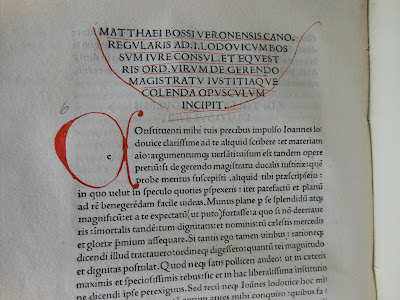 Inside, the typography is stark but beautiful.  Unlike the early books printed by Gutenberg and other Germans in the "black letter" face resembling contemporary German handlettering, this one uses a Roman typeface that is perfectly readable.  It has occasional ornamental capitals in red or blue, added by hand with ink after the book was printed. 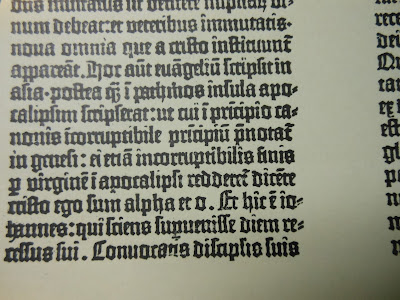 by contrast, a page from the Gutenberg Bible; the early German printers thought that people would shun their books if they looked too different from the handwritten manuscripts of the day 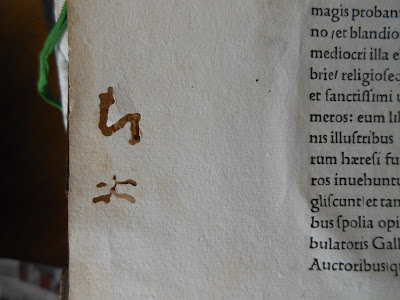 And it had bookworms at one point in its long life.

Tomorrow I'll show you what Keith did with the book.