I was thrilled to learn on Friday that one of my quilts has been accepted into Fiber Art VI, the biannual exhibit at the Sebastopol Center for the Arts in California.  It's cosponsored by the Surface Design Association and the wonderful fiber artist Joan Schulze was one of the jurors.  Only about 10 percent of the entries were chosen for the show, so it is quite an honor.

I don't want to bite the hand that just fed me such a treat, but I was unthrilled to notice that of the 54 pieces, 13 were multiples.  That is, five artists had two works chosen for the show, and one had three works.

As it happens, the same thing happened at Fiberart International, the big triannual show held in Pittsburgh this summer, and again at the smaller show of my local fiber art organization -- some people had two or three works accepted, while many others were turned away empty-handed.  I was a bit embarrassed to have two pieces in our local show, while other fine work was rejected.  At least my two pieces were somewhat different from one another, which made me feel a little less guilty. 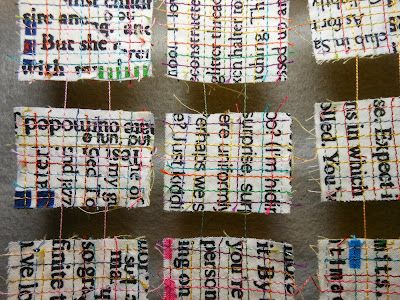 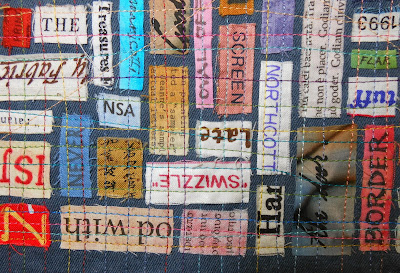 This practice is particularly annoying if the multiples are almost the same, close variations on the same theme.  Yes, I know that when artists work in series there are always subtle differences between works that seem very similar, and it's often challenging and rewarding to look at them closely to compare and contrast.  But I think the place to do that is in a solo show, not in a group exhibit that purports to show a wide range of artists and works.

As a juror, I've sometimes chosen two pieces by the same person, but only if the field is thin and we really needed more pieces to fill the space.  I have a hard time imagining a situation where I would choose multiples when other worthy pieces were turned down.

I don't know what the jurors in any of these three shows were thinking when they accepted multiple pieces from several artists.  But as a viewer, I want to see as much variety as possible in a group/survey show and I feel a bit cheated when I see pretty much the same thing twice.  The next time I'm on a show organizing committee, I'm going to try to instruct the juror to accept one work per artist unless there's a really compelling reason for a multiple.
Posted by Kathleen Loomis at 5:16 AM