My new book -- if it ever gets finished -- is meant for beginning to intermediate quilters.  I have noticed, at the state fair, in quilt guild show-and-tells, in other quilters' forums and in conversation that many quilters wouldn't think of starting a quilt without buying a pattern or finding one in a magazine.  Although they're eager to strengthen their technical skills in sewing and quilting, they're apparently willing to go through a lifetime without ever using their own design skills.

As I write in the book:  Why are so many quilters willing to learn and stretch when it comes to execution, but not when it comes to planning?  I've known ladies who have been quilting for 30 years and turn out exquisite quilts by the dozen, but still use other people's patterns.  No matter how many state fair ribbons they've won, they're still  not confident enough to make up their own designs.

To me, that's sad.  My great joy in making a quilt is not that I've sewed straight seams and gotten it to lie flat -- heck, any Third World sweatshop worker can do that -- but that I've made a pleasing design, and that my quilt is unlike anybody else's.  This part has the creativity and the joy, and I want to do that myself, not buy it from somebody else.

This book is built on a concept: that you can start with a simple, ever-popular traditional quilt block pattern, break it down into its component parts, and then vary the parts over and over for an unlimited source of quilt designs.  The first time I had this insight, it was regarding the log cabin block, but this book is based on the rail fence block. 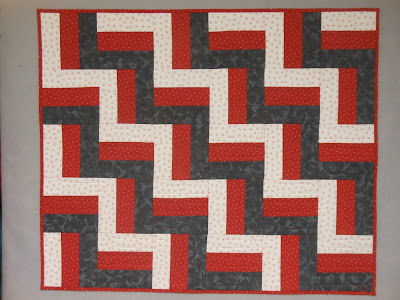 Here are a couple of variations: 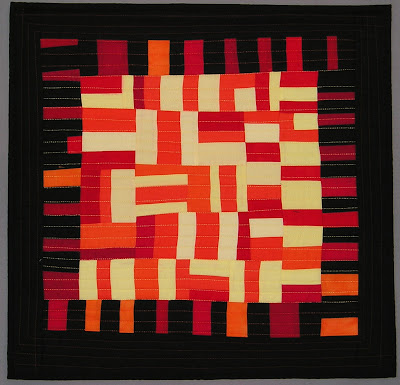 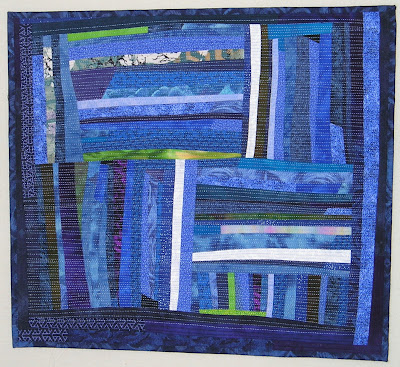 I suspect that many of the quilters I know personally, including the readers of this blog, are beyond the stage where they need this kind of encouragement and hand-holding.  But maybe you would be intrigued by the thought process that helps you start at a known place and move to somewhere different and totally personal.  And maybe you would like some of the helpful hints on technique.

It's going to be an e-book so I hope it will be accessible and affordable to a lot of people.  I'll tell you more another day.