A decade or two ago, I thought art history peaked with the impressionists, and Monet was my absolute favorite.  My tastes have changed and now I'd rather look at 20th century art, but how can I abandon Claude, the hero of my youth?   So when we were in Paris, we had to visit Musée Marmottan Monet, which has the largest collection of his works in the world.

Housed in the old hunting lodge of a rich family, it used to be in the countryside but now has been engulfed with the modern metropolis.  While the old house stands, as it did in the day, with its period furniture and decor, they have built a modern new museum underneath to house the 300+ Monets.

When we walked in the door, the first room we entered had 35 Monets.  I was in heaven.  I lingered over them and realized that I'd never before been in a room with 35 Monets.  We then walked down the hall and saw another one before going downstairs for the real treat.

But bummer.  Instead of 300+ Monets in the rooms specially built to house them, there was an exhibit of paintings by Marie Laurencin, a decidedly fourth-tier artist in my opinion, one of those people who apparently was famous because she slept with half the boldface names of both genders in pre-WW1 Paris.  All her paintings looked pretty much the same to us, call it the 1910 version of the schlocky big-eyed Keane waifs of the 1960s. 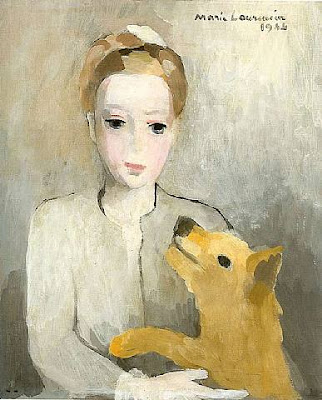 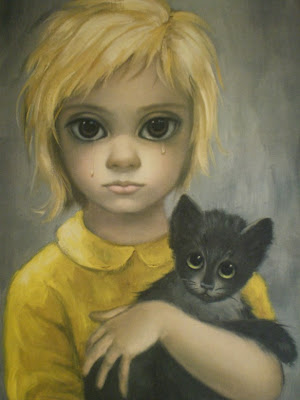 Mainly all her paintings looked like her.  And there were as many of these dumb things as there should have been Monets.  We were unhappy campers.

So unhappy, in fact, that I violated policy and took a few photos of the Monets that had been exiled upstairs for the duration.  After all, a room with 35 Monets is nothing to sneer at, even if we had wished for many, many more.  Although the later magnificent blurry water lilies and Giverny ponds and bridges, painted when the master had begun to lose his vision, are wonderful, I am fond of Monet's early paintings, much more realistic and in-focus. 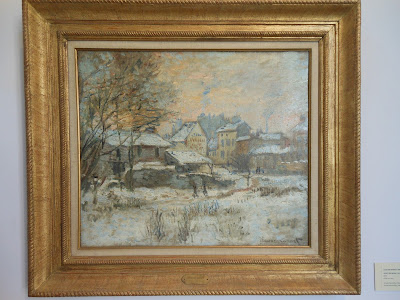 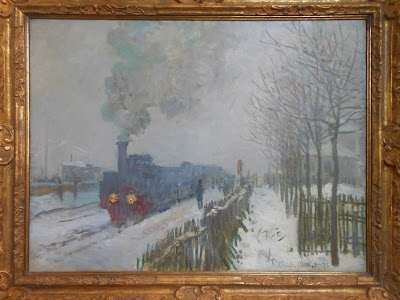 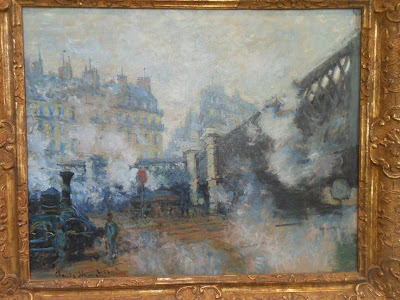 
Posted by Kathleen Loomis at 6:06 AM