We both worked on the same "assignment" -- make a face by putting together parts from other images.  I was impressed that he was literally thinking outside the box, allowing the hair and beard to extend off the page. 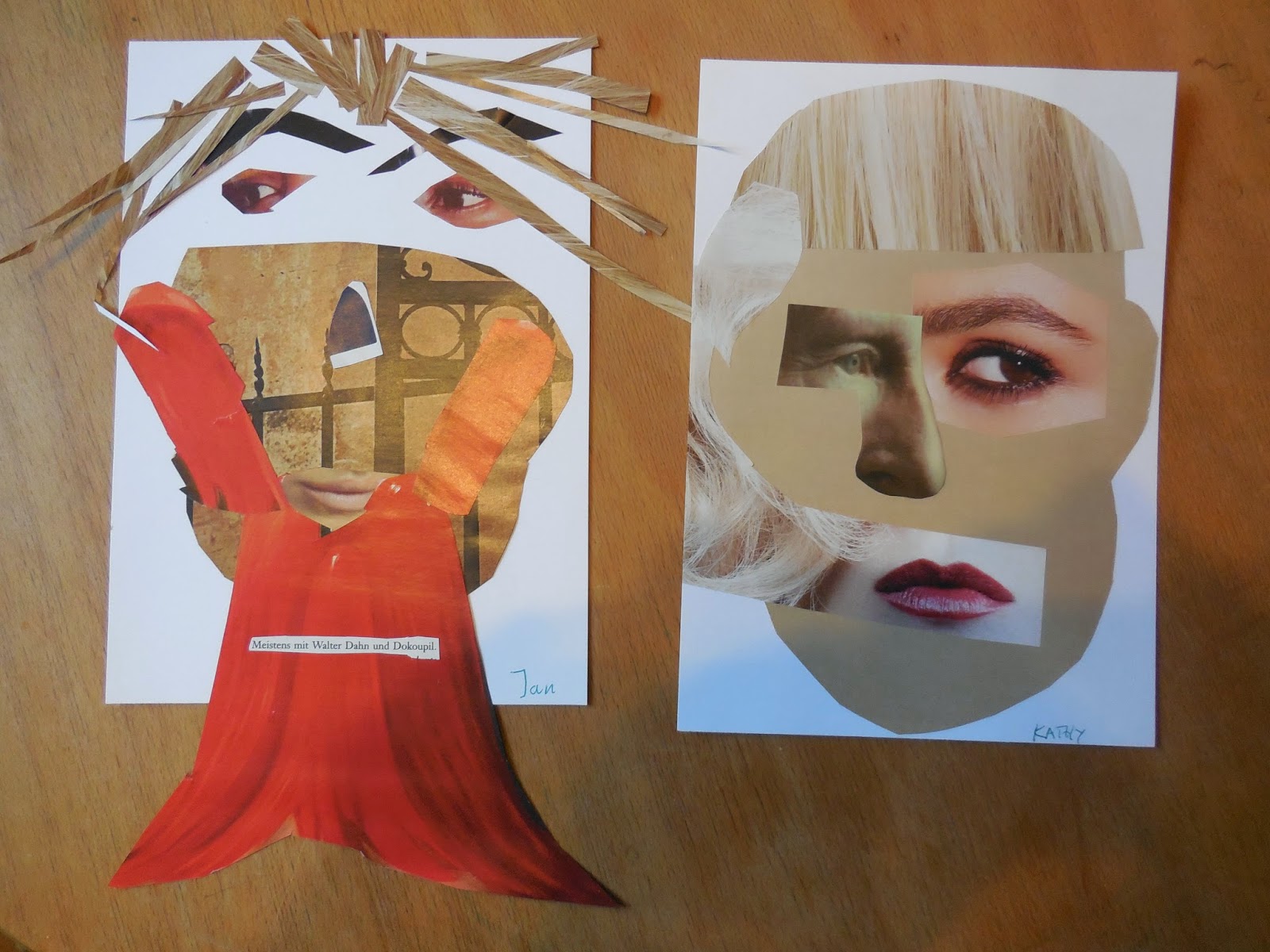 The next day the assignment was to make a creature that was part human, part animal. 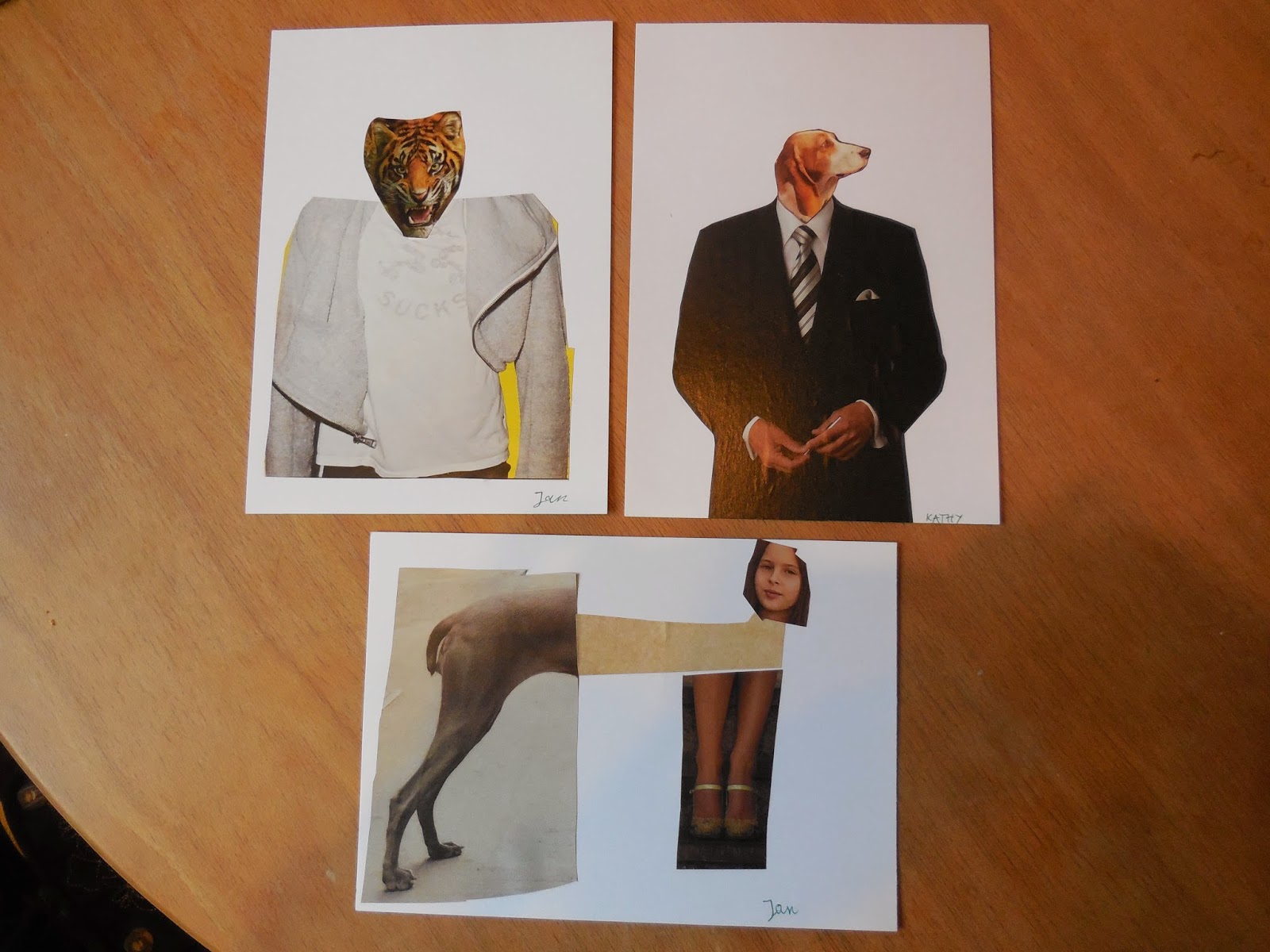 The next assignment was to find a scene, then put things of a different scale into it.  My daily collage showed a cow on the sofa, and his first one was also a living-room scene, but he quickly moved on to soccer, in the exciting final days of the World Cup. 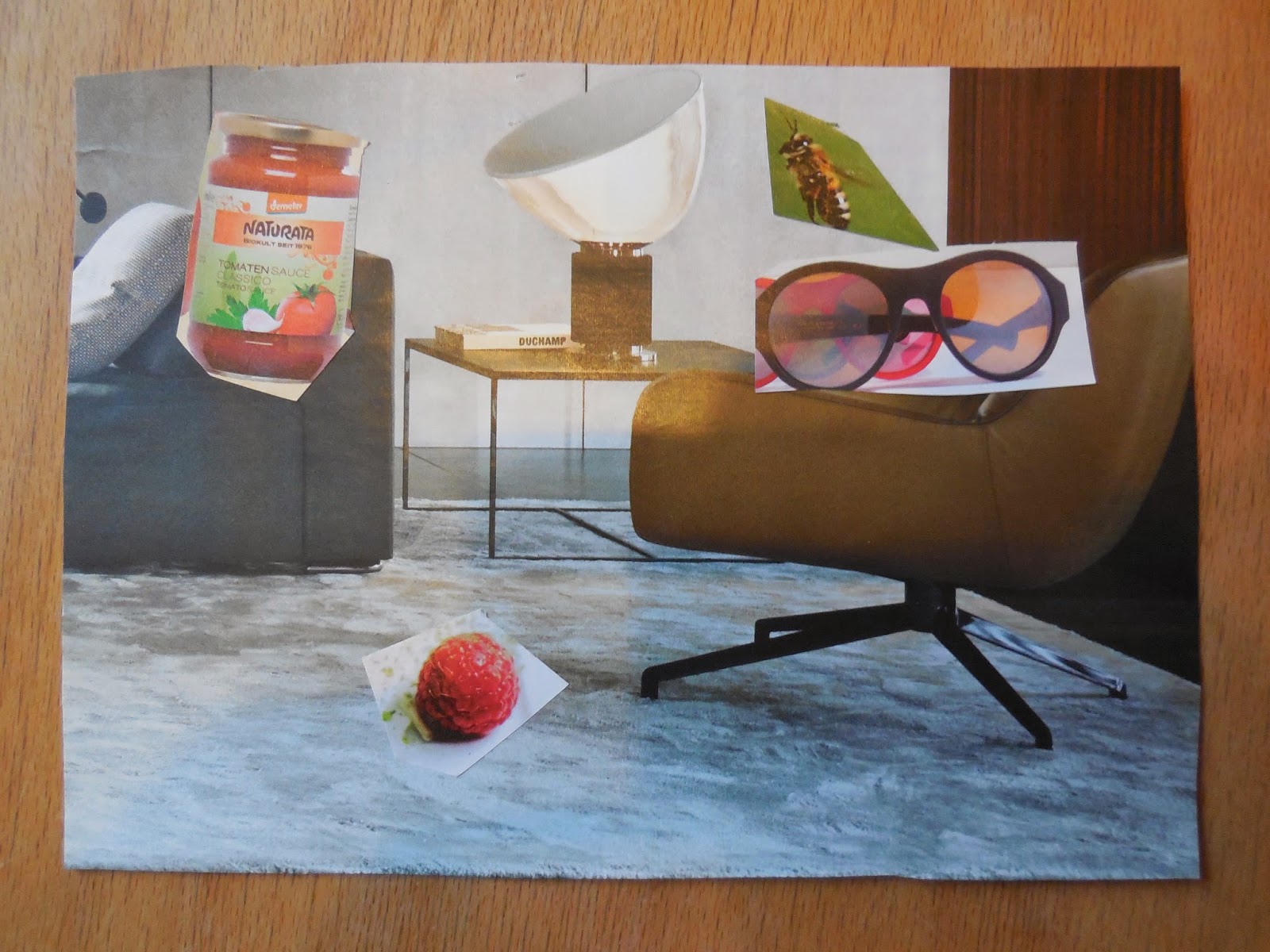 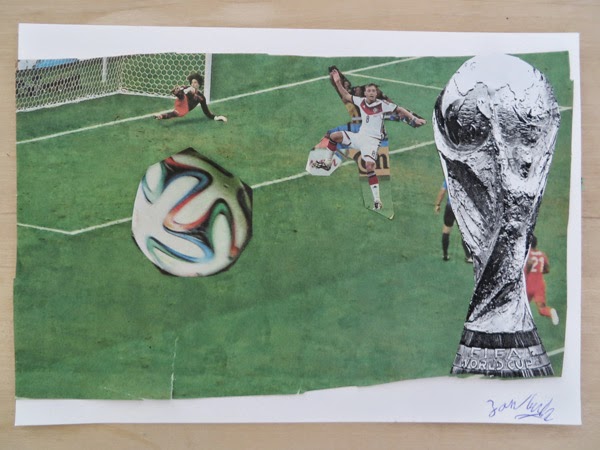 I was so proud of his work, which I thought had sophistication you wouldn't expect from a nine-year-old.  For some time I've been flirting with the concept of collage "assignments" or "recipes" as a way to jump-start creativity, and this experience reinforces it.  If a kid can respond so brilliantly to a prompt, an adult might even be able to do the same.