Things have been so busy here since I got home from Europe in April that I haven't had much chance to report on the museums and other sightseeing we did.  I'll try to catch up in the next couple of weeks.

The British Museum had an exhibit of grass cloth from the South Pacific, with fabulous patterns and apparently impeccable technique (I wished I could have felt the goods). 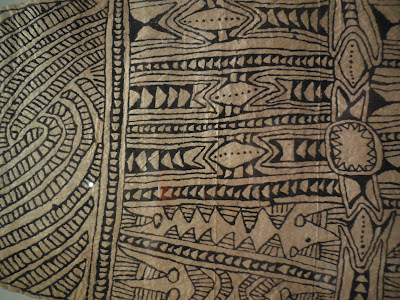 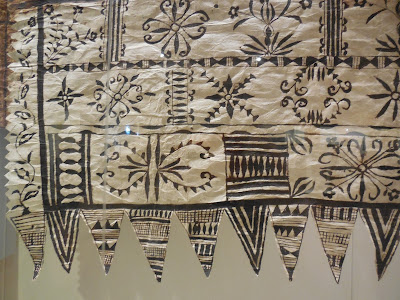 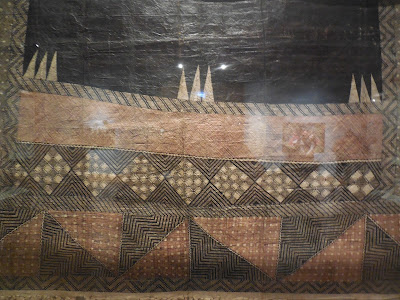 waist garment, Futuna Island, 1840s; the triangle designs are common, according to the signs, but the three-spike motif is unique.

Although most of the items in the exhibit were old, there were a few contemporary pieces -- and it was difficult to tell them apart because the old ones are so well preserved.  Maybe the new ones were a bit whiter. 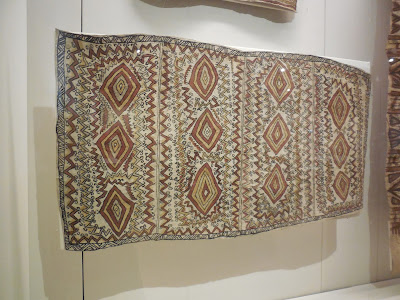 woman's skirt, Sarah Ugibari, Papua New Guinea, 2012,  depicting ancestral men's tattoo designs.  When missionaries arrived in many of the Pacific islands, they made the natives give up tattoos.  So about 100 years ago, the designs migrated to barkcloth. 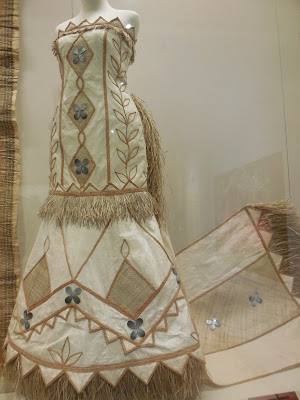