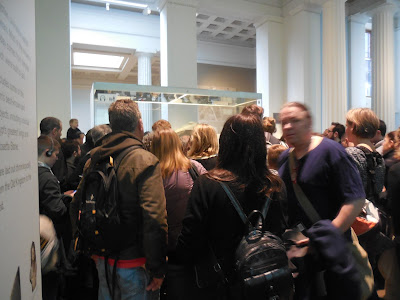 The British Museum, on Easter weekend, was so crowded we could barely move, but we retreated to the remotest corner, inaccessible by elevator, far from the Rosetta Stone, and found a delightfully uninhabited exhibit of prints by the American pop artist Jim Dine.  They highlighted several of the images that Dine used repeatedly: bathrobes, tools, hearts and paintbrushes.  According to the curator notes:

"These motifs began as stand-ins for the artist, what he called an 'autobiography through objects', giving him the licence to do what he wanted in different improvisations.  'When I use objects, I see them as a vocabulary of feelings', he once declared."

Being a huge advocate of working in series, I am always delighted to find a bunch of artworks that demonstrate that practice by a famous artist.  It's particularly interesting to search out recurrences in printmaking, because you can sometimes see different states printed from the same plate. 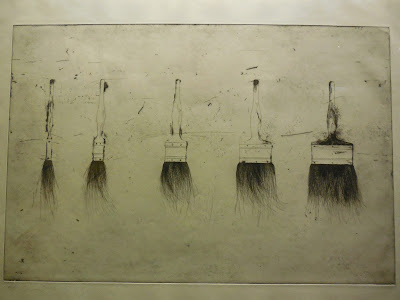 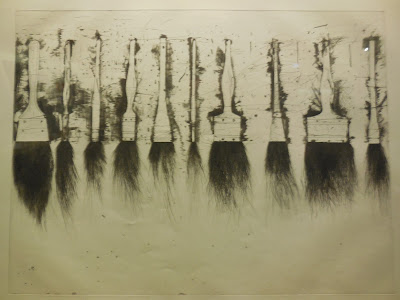 Dine talks about the bathrobes:  "I found this advertisement in the New York Times, and it looked like I was in it.  It was an empty robe, and I thought, this is a good way to be a modern artist.  I don't have to draw my face.  So for a few years I used the bathrobe, and I kept calling them self-portraits." 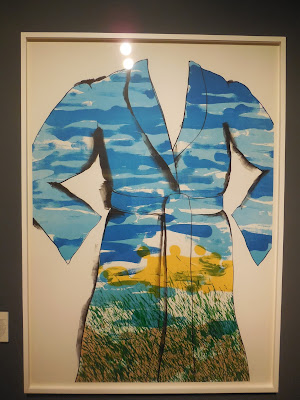 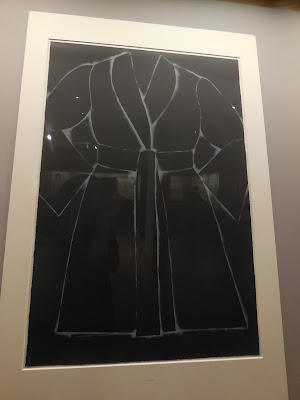 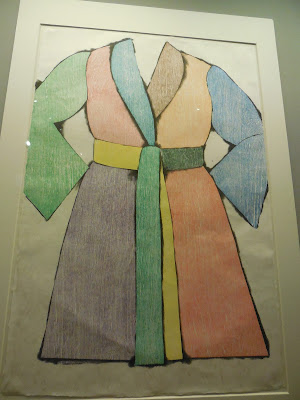 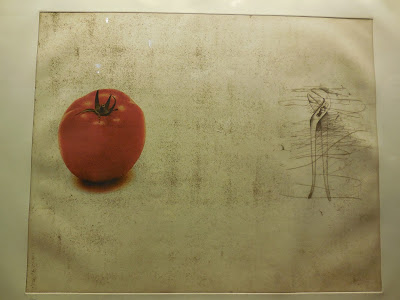 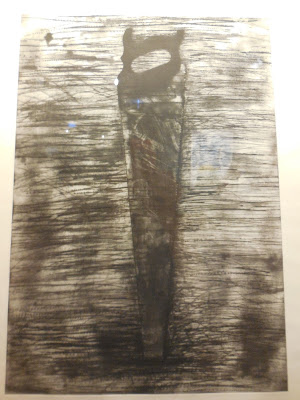 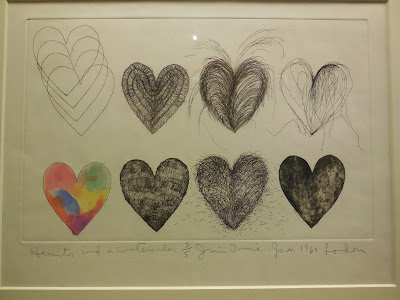