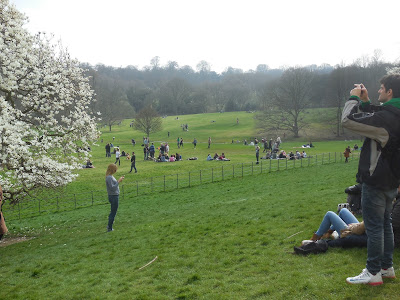 I had the pleasure of visiting Margaret Cooter when we were in London, and she took me to Hampstead Heath, a huge park, almost as big as Central Park in New York, now surrounded by city in every direction.  It was lovely to walk across the heath on a beautiful spring day, but the best part of the expedition was Kenwood House, a 17th century "country house" on the heath, which has a magnificent collection of paintings and other stuff, displayed almost casually, without the uniformed guards and solemnity of the big museums.  People wander in and out from picnics outside on the lawn, or shlep toddlers in strollers in for a five-minute visit on their way to the parking lot.

The house had been owned by the Earls of Mansfield for centuries, but after World War I the family had to sell it -- to Lord Iveagh, the Guinness brewing heir, the second richest man in England (after the King).  He thought it needed some art on the walls, so he bought paintings by the truckload. 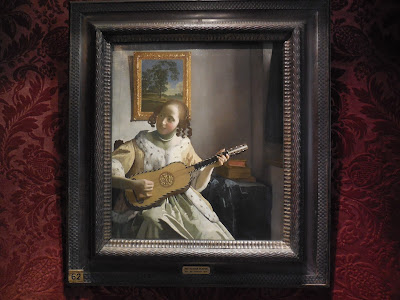 Here's a Vermeer!!  The Guitar Player 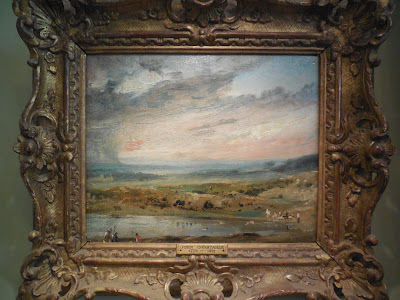 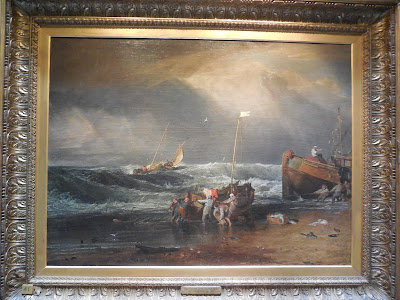 A Turner!! Coast Scene With Fishermen

Many of the paintings depict royalty and court figures from the past, and I was intrigued to see that even rich aristocrats had to be frugal with their clothing.  I surmise that these two ladies are mother and daughter, maybe sisters, but they're definitely wearing the same dress! 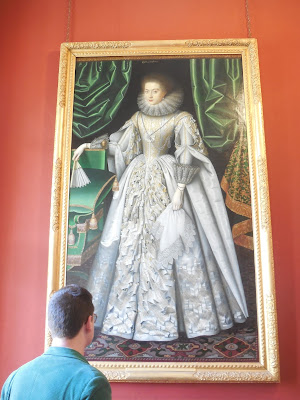 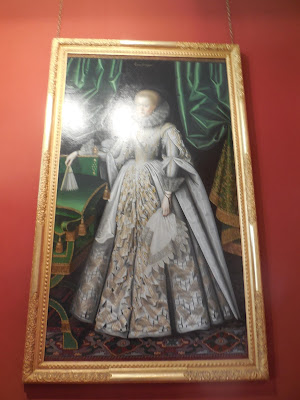 And check out the dress -- apparently it's slashed to reveal an underlayer of white silk, and draped and tacked for a stunning 3-D effect.  Wouldn't be surprised to see that technique on a runway today. 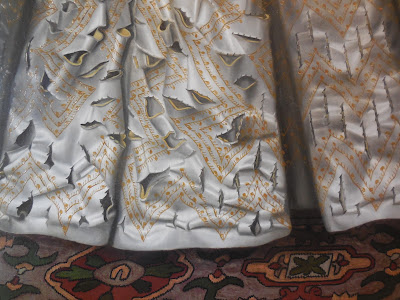