After I posted about two pieced quilts that I liked at FNF, Sandy left a comment:  Not being a piecer/patchworker I am not quite sure what you mean by some statements.  For Maria Shell's work, " (By the way, it may make you jealous to hear that each of the nine blocks in this quilt was also the subject of its very own nine-block quilt.)"

Sandy, you're right -- I was kind of speaking in code.  Let me try again and see if I can describe more clearly what I was trying to say.

I happen to know a lot about this quilt and its provenance, because I had the privilege of making a presentation to the SAQA conference last month about artists who work in series, and Maria was one of them.  So I can not only tell you some of the back story, but show pictures.  For several years Maria has been working with the traditional Crossed Square block. 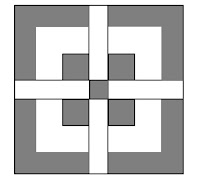 She makes a complex pieced block like this small one-block quilt: 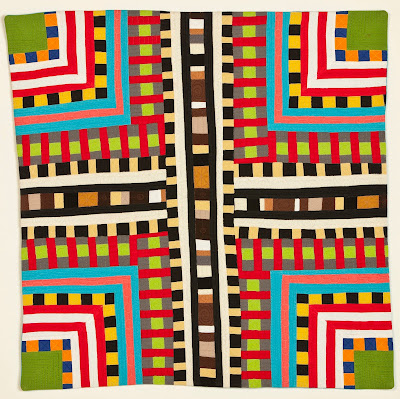 ...and then multiplies it to make a larger quilt. 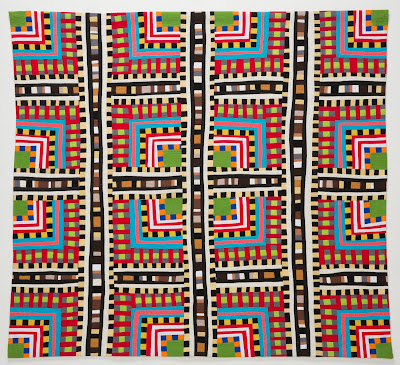 When she started working with print fabrics instead of solids, her quilts were looking like this (and I was wrong in saying that they were nine-block quilts -- they had four blocks, plus sashing): 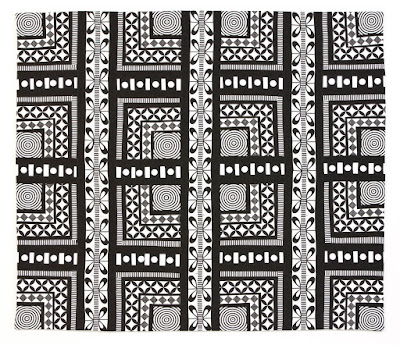 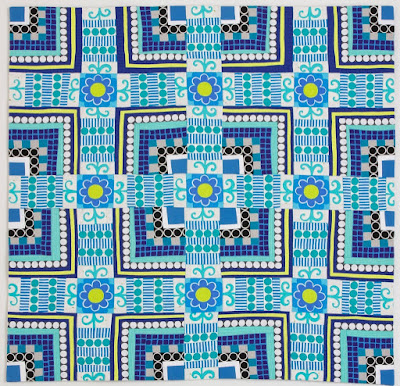 Eventually she made nine such quilts, and didn't they make a striking display all hung together? 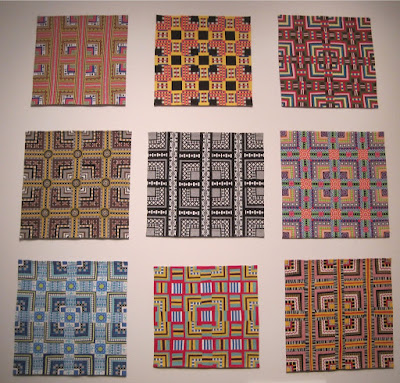 (And you can see they were pretty big!) 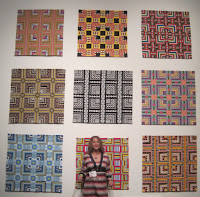 Finally, she combined one block from each of the nine quilts and put them together into the nine-block quilt in the show. 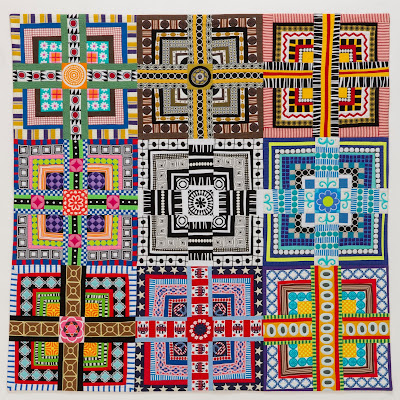