My art book club (in which we don't actually read books) had an assignment this week to bring in a report on an artist that nobody else had ever heard of.  I have been consumed with activities surrounding my gallery show and left it till the last minute to prepare, so I had to go with an artist that I own a whole book about, H. N. Werkman.

Werkman was from the Netherlands, born in 1882 and died in 1945, executed by the Nazis just two days before Canadian troops liberated his town of Groningen.  He owned a printing business and used type to print artwork that looked quite avant garde and sometimes painterly, but it wasn't produced that way.  Here are two of his pieces: 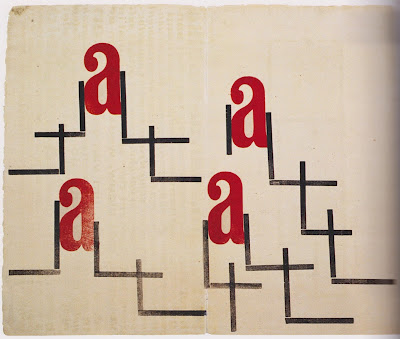 I love his work and after I re-read the book I decided to try my hand at some Werkman-style art.  I found two capital Ls, two capital Os, a hyphen and an exclamation point in my type case and set to playing.  I inked the type with a foam brush and printed each character individually onto the paper, unlike Werkman's typical process of setting up his type face up on a flatbed press.  So my characters weren't as neatly lined up as his.  Also my hand-inking left blobs of paint around the edges of some of the characters.  But after the paint dried I decided both these irregularities added something to the effect.  Werkman often used the bottom of his type to produce plain rectangles rather than letterforms.  I did a little bit of that too in my experiments and liked it. 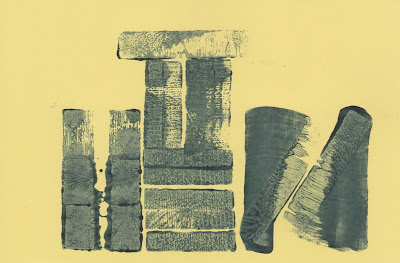 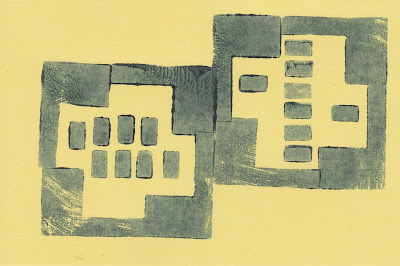 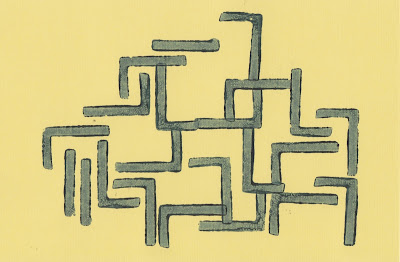 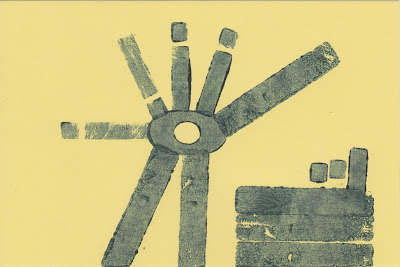 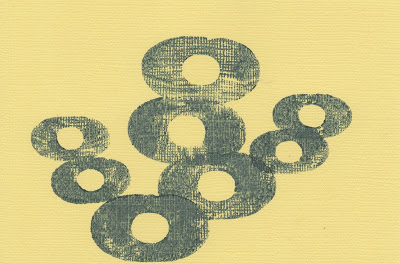 I think I'll try more of this technique in the future.  I might even decide that this qualifies as "text" and thus can count as my daily art.