I wrote last week that I didn't yet know what to do for my daily art project in 2017.  At practically the last minute, I decided to do a composition with text.

I've been noticing for the last four years that text keeps creeping into my artwork, even when I try to express myself visually rather than verbally.  During my first year of daily collage so much text sneaked in that for the second and third years I made that part of the rules.  And even when I switched to drawing last year, text sneaked in there, too. 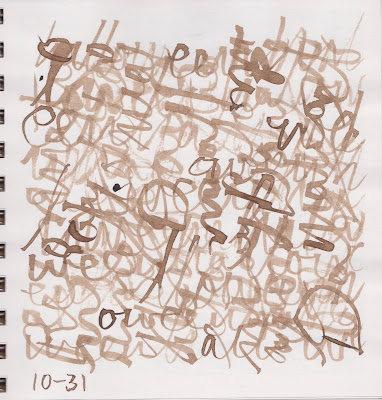 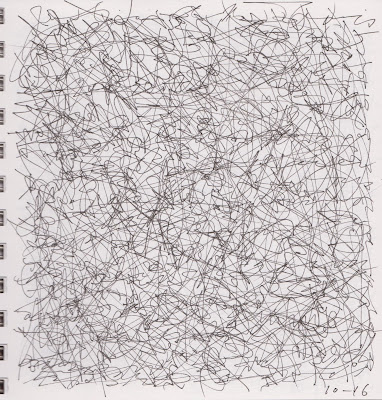 Two other elements entered into the decision.  One was totally serious.  Several weeks ago when I posted about my "found poems", Sharon Robinson left a comment that I might be interested in her friend's found poems.  I clicked on the link and fell in love with the work of Judy Kleinberg, who posts a found poem almost every day.  I have spent a long time contemplating her poems and wondering how she does it (well, it's obvious how she does it technically, but I am in awe of how she makes actual serious poetry with her torn bits of text).

The other element was totally trivial.

A long time ago I bought a one-pound package of "scrap cardstock" in a variety of colors, cut to 4x6", the size I was using for daily collage.  When I ran out I went back to the store where I thought I had bought it, only to find nothing of the sort, and the clerk swore they had never carried anything like that.  So I had to finish out the year with plain white index cards.  Three weeks ago I was in another store and found my scrap cardstock!  Always one to overreact, I bought five packages, brought them home, and wondered what I would ever do to use them up. 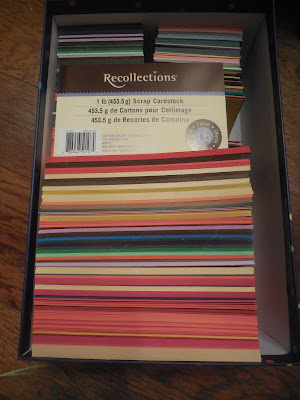 When the idea to do daily text struck, I knew exactly what I would paste it onto.  Clearly the universe was ahead of me in enabling a project that I hadn't even thought up yet. 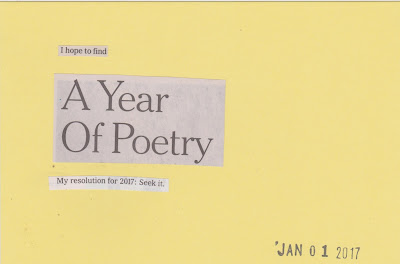 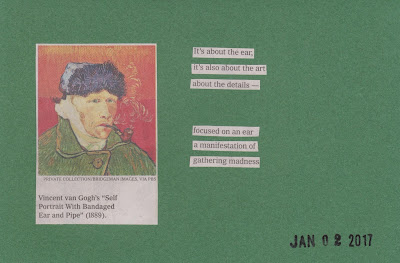 So  here are my first two daily texts.  I'm not giving myself too many rules about this project, so I'm not sure what I'm going to come up with.  I suspect a lot of them will be found poems, but maybe I'll come up with other models as the year goes on.  As in previous years, I'll be posting all my daily art on my daily art blog.  Please check them out!

Posted by Kathleen Loomis at 12:01 PM