Form Not Function 2 -- Best in Show


For the second year in a row, Best in Show at Form, Not Function went to Niraja Lorenz. 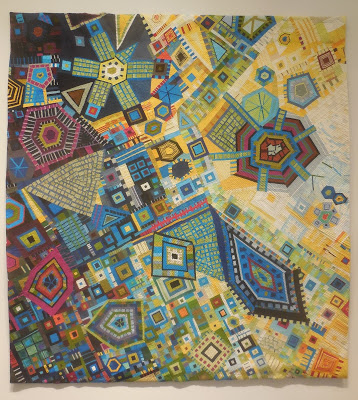 If you look back at her winning quilt from 2016, you'll see that she's still very much in the same ballpark, but she's also been adding some twists to the basic recipe of extremely complex piecing.

What immediately struck my eye was that last year the large shapes were almost all hexagons, but this year she has lots of rectangles and a few pentagons as well. 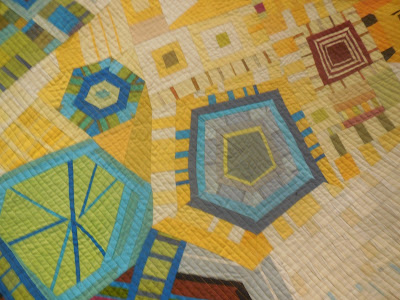 Still lots of areas that remind me of my own "crazed" piecing pattern, like the beige-and-gray gridwork in the upper left corner of the detail shot below. 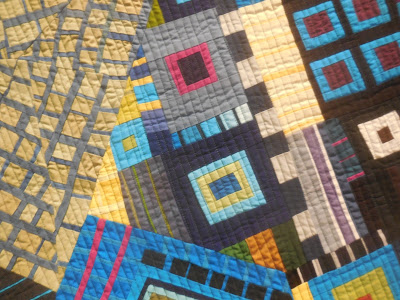 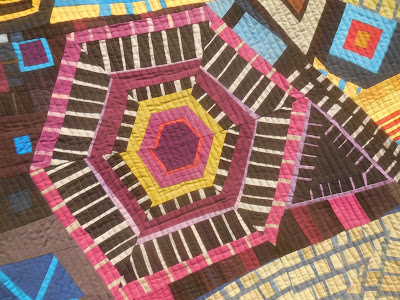 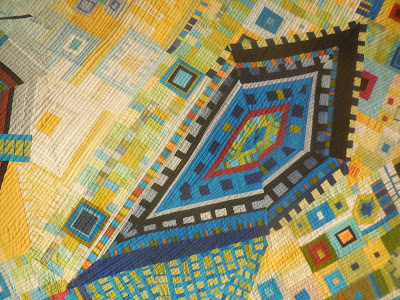 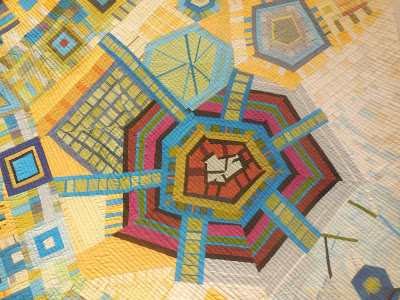 This is one of those quilts that you can stand and look at for a long time, always finding new little areas to engross you for a while.  The piecing is impeccable (all those areas that might have been cut from commercial striped fabrics by lazy quilters like me have actually been pieced!), the quilting is dense without detracting from the overall design, and it makes me hope that Niraja will stick with this series for a long time, even though she's already at #20.

I have to confess that I'm usually a bit disappointed when somebody takes home the big prize two years in a row -- kind of like "let somebody else have a chance already!" -- but I can't quarrel with the judge on this decision.  It's a fabulous quilt.

Form, Not Function: Quilt Art at the Carnegie continues at the Carnegie Center for Art and History in new Albany IN, just across the river from Louisville, through September 16, so there's plenty of time to plan a trip -- maybe on your way to see the eclipse?