Whenever I go to an exhibit that's not specifically fiber art, I look for fiber, always intrigued at how a material that is often considered a second-class citizen takes on substance when used by a painter.  I found several pieces incorporating fiber in the "Southern Accent" exhibit that just closed at the Speed Museum in Louisville.

The most amusing was this painting/collage: 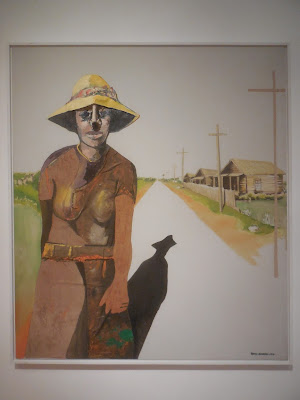 Benny Andrews, Down the Road (details below) 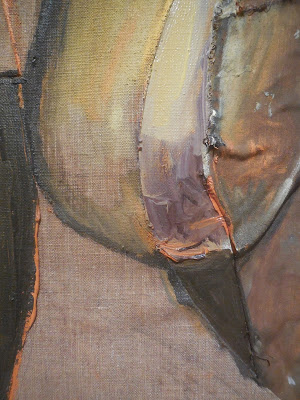 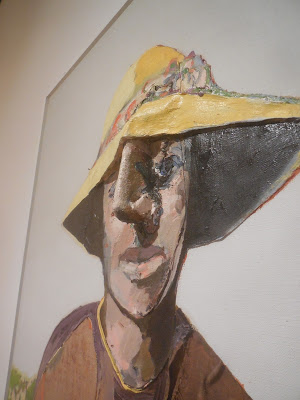 Most of the painting is flat, including some fabric used in the dress.  But the artist has constructed a huge nose jutting out from the picture plane, almost two inches deep, apparently molded from fabric and stiffened with paint or medium.  The hat also comes out from the surface to shade the nose and brow.

The painting was hung along the right-hand wall as people entered the exhibit, so your first view was the nose shape protruding from a foreshortened surface that you could hardly decipher; it was strange and off-putting.  I wish the painting had been hung at the corner facing the flow of traffic, so the first view could have been the full image, and you could have discovered the 3-D effect only on closer examination.

Next, a huge wall hanging, made from a tarp painted in various indigenous southern substances including dirt and tobacco. 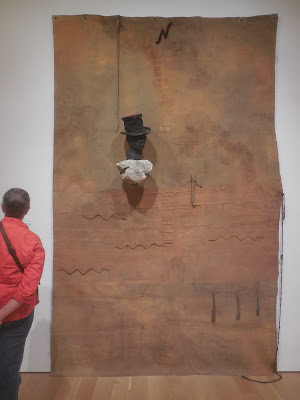 Radcliffe Bailey, Up From (details below) 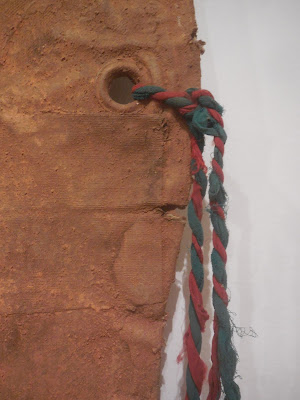 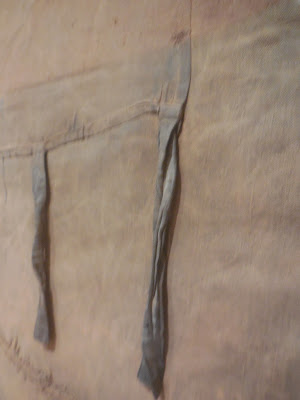 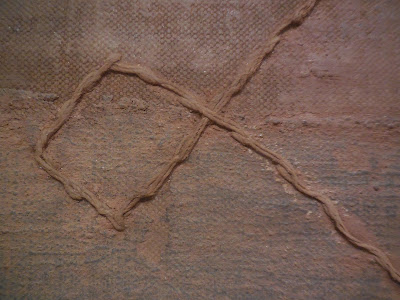 The large expanse, barely interrupted by a few appendages (can't tell if they were original to the tarp or added by the artist) and hand stitched African and voudou symbols, presented a calm background that focused your attention on the small black head perched on a rock.

More on the Southern Accent show in my next post.

Posted by Kathleen Loomis at 5:56 AM