Calligraphy -- drawing instead of writing


In my daily calligraphy project, I've been trying to get a little more "artistic" in my writing, but it's a struggle.  I am trying to draw rather than write, paying more attention to shapes and patterns instead of just the letters.  The struggle is in getting my brain to stop doing handwriting and make it do art, and so far my brain is resisting.

A couple of weeks ago I achieved a piece of calligraphy that I really liked, but as with so many other art experiments, it's really hard to do it again and get the same flair you got the first time. 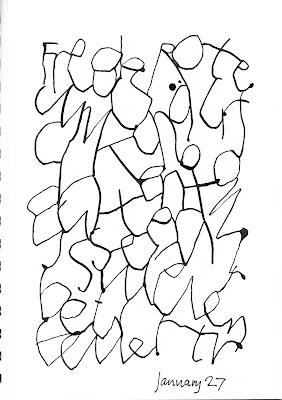 I did it again two days later and started off as planned, but as I wrote farther along the page, the drawing seemed to revert back to writing, and the text became more legible.  Ordinarily I'm a big fan of legibility, but that's not what I was striving for.  Brain forgets to do what it's told, goes back to what it always used to do. 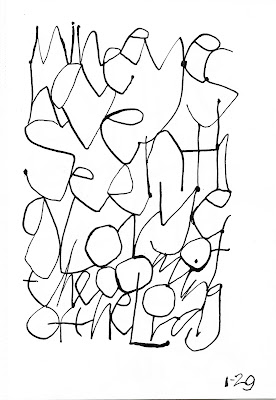 Tried it again yesterday and maybe did a little bit better.  Using an unfamiliar text (do you recognize it?) probably helps the reader "see" the drawing rather than "read" the words. 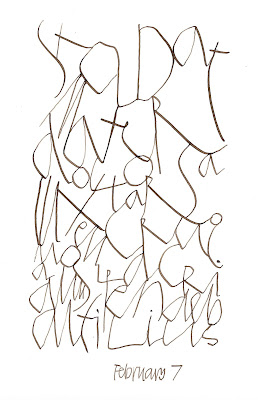 I think this is an approach I need to come back to many times, perhaps experimenting with different pens and brushes.  I know I have only begun to see where I want to go.

Posted by Kathleen Loomis at 4:28 AM