Perhaps you have noticed how in the last couple of weeks my photos have gotten kind of awful. I have been noticing for several weeks that my beautiful little camera has gotten cranky. Some days it refuses to be reset from no-flash to flash, or it tells me it’s on flash but isn’t. Some days it refuses to do macro focus. More worrisome, it’s been getting harder and harder to simply take photos that are in good focus.

I know that the heart of point-and-shoot cameras is the microprocessor that reads the scene and adjusts the focus and exposure time (do they still call it exposure, now that there’s no film to expose?). I have also realized, as I’m taking more photos and trying to do a better job of it, that you often have to fool your camera into doing what you want. For instance, when shooting a scene with a bright, light object in a dark ground, you have to aim to get some light and some dark in your little central viewfinder box. If you have only dark in the viewfinder, the picture will be too light and washed out; if you have only light, most of the picture will be dark and unreadable.

But lately my camera has been behaving badly even on scenes that should be no-brainers. Here are a couple of pictures that should never have come out this way. 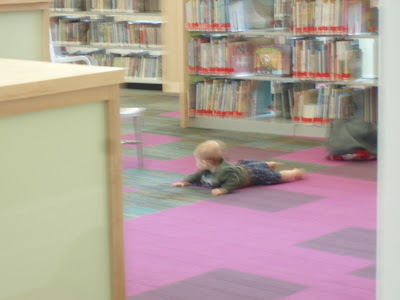 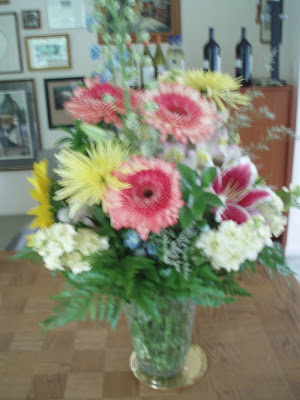 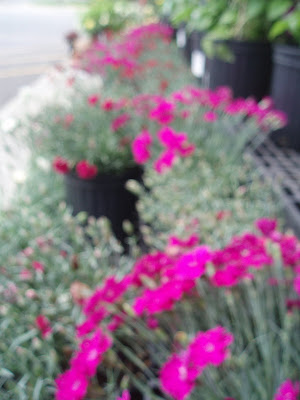 I’ve been taking five or six shots of everything I do, hoping that one of them will be good enough to use. Finally it seeped in to my retailphobic brain that it was time for a new camera. I had been resisting because I love everything about my current camera (except for the fact that it doesn’t work). It’s tiny enough to go in my pocket, very important since I haven’t carried a purse in years. And I understand how it’s organized. The older I get the less I want to take the time to learn new operating systems, whether they’re on my camera, my computer, my sewing machines, my TV or my one-way street traffic pattern.

Fortunately my sister is my polar opposite when it comes to retail, and during her visit last week she dragged me out to spend some money. After she spiffed up my wardrobe she helped me buy a new camera that is – wonder of wonders – a new-improved-but-hardly-changed-at-all version of my old camera! And then today I attended the two-hour free class that came with the camera (one advantage of patronizing your local camera store instead of buying online). Already I have learned about features that I think were on my old camera(s) but I never knew existed, let alone how to use.

And I learned that much of the beautiful photo quality that will come with the new camera will be wasted on my blog viewers, and in fact on myself, since I generally enjoy my pictures on the computer rather than printing them out. (This practice was frowned upon by Neil, our instructor, who pointed out that not only are prints the best way to look at images, but they are by far the best and most reliable method of long-term storage.) Nevertheless, even us quality-deprived folks who will look at the images on screens should be able to tell the difference between in-focus and not-in-.

Now all I have to do is figure out how to use the new software so I can get the photos from the camera into the computer.  Surely I can achieve marginal competence on that within this century.

Posted by Kathleen Loomis at 3:08 PM