Collaboration 3 -- in search of art

I've been writing about my project with Uta Lenk, in which we exchanged emails every day for almost seven months.  Since we're both serious artists, we tried to not be silly all the time, no matter how much fun it was to take pictures of blow-up vinyl Santas or World Cup toilet brushes.

One of our recurring themes was "found art," which I most often discover by taking close-up photos of dumpsters.  After much observation I deduce that people like to write graffiti on dumpsters, which the owners cover up with whatever color paint happens to be at hand.  The result is often hard to distinguish from "real art" and I am always happy to find new color palettes. 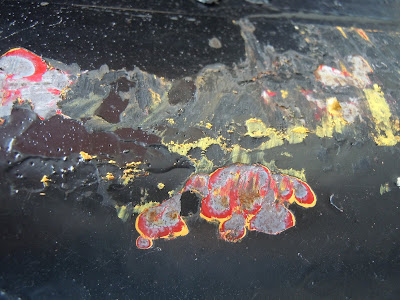 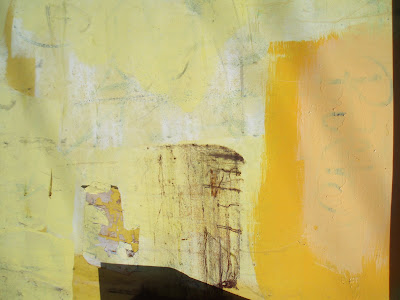 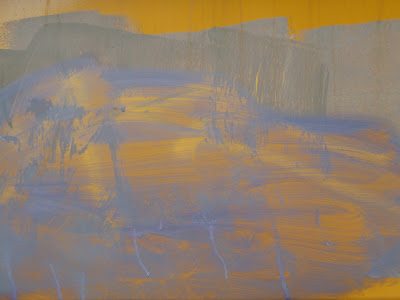 Found art can also be found in other places.  Below is some that Uta found on the beach. 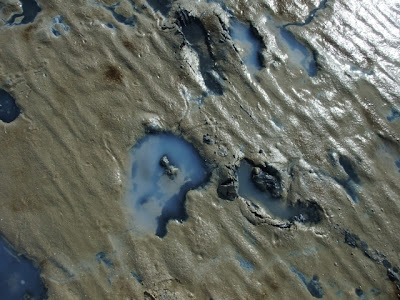 Here's some I found on the sidewalk. 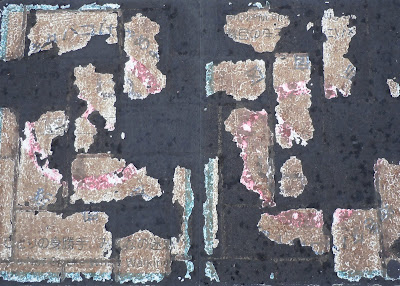 Occasionally I'd throw in a detail shot of "real art" -- found in a gallery (below) -- and we realized how tenuous and arbitrary the definition of art can be! 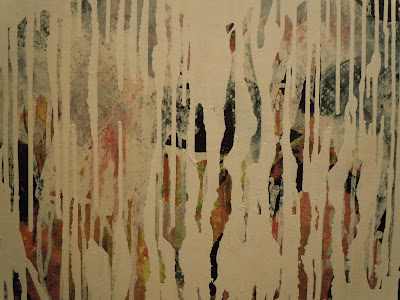 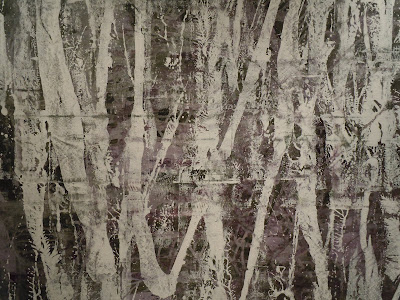 Posted by Kathleen Loomis at 3:10 PM