Uta and I have each lived in one another's country for long enough to feel somewhat familiar; I spent three years in Germany in the 1970s while my husband worked for the U.S. military, and Uta had lived in the U.S. for four years in several different extended stays.  But we both were eager to fill in the other on some of the stranger aspects of our culture. 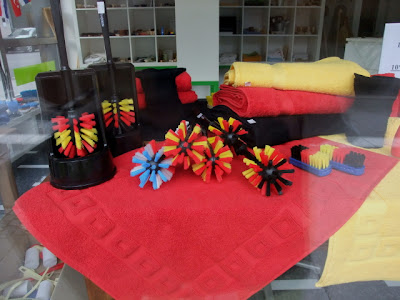 I sent her photos of blow-up Halloween figures. 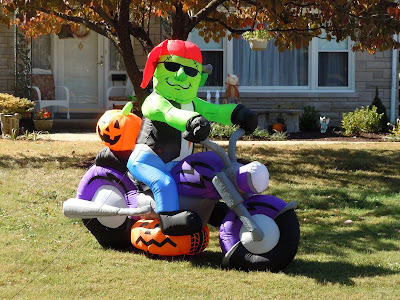 She sent photos of silly revelers at Carnival parades. 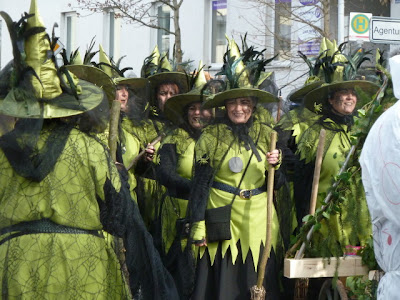 I sent photos of lawn animals. 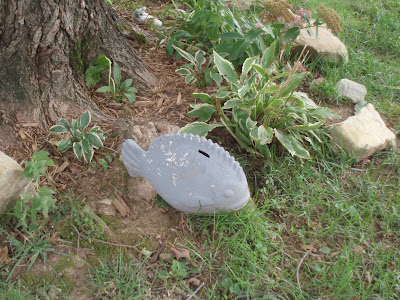 We also sent lots of photos of less frivolous aspects of culture.  I was particularly enchanted with the medieval-style shop signs, illustrated with the goods on sale, that Uta found in her home town. 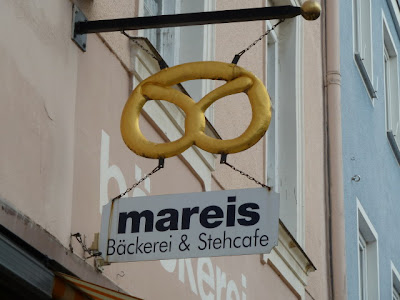 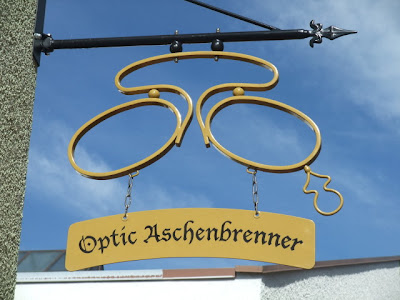 Everyday sights in one country became cultural exchange in the other.  We learned a lot about each other's lives in the course of our mail project.
Posted by Kathleen Loomis at 7:03 AM