When I learned last summer that the University of Louisville School of Art had acquired the panels made by hundreds of volunteers to accompany Judy Chicago's The Dinner Party, my heart sank.  I had two major concerns. 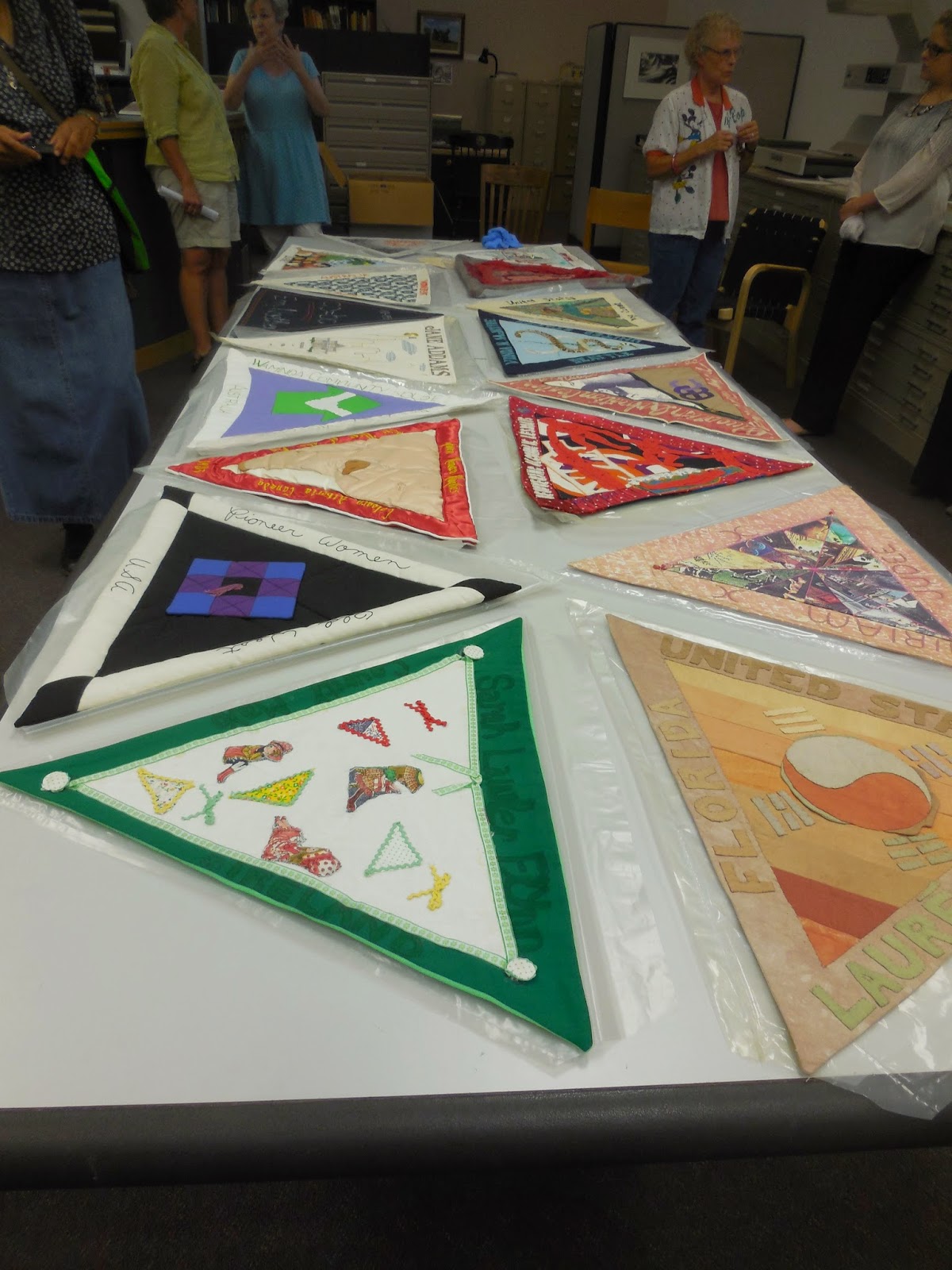 First, I was afraid that the panels would be portrayed as works of art, even though I suspected that many of them would have that loving-hands-at-home air -- exhibiting neither excellent craft nor compelling visual imagery -- that is the antithesis of serious fiber art.  I was afraid that such an endorsement would taint the air, at least locally, and make it easier for people to lump all fiber art into the same shallow bucket, awash in earnest sentimentality.

Second, I was annoyed that the collection was officially named the International Honor Quilt, even though many of the pieces in my first viewing were not quilts.  It's the same quarrel I have with the "AIDS Quilt;" it chops me that the "most famous quilt in the world" is not a quilt, because that disrespects the many works that truly are quilts and encourages people to be haphazard in how they talk about all fiber art and textile techniques.  (Chicago was also involved in the genesis of the AIDS Quilt, so perhaps her cavalier attitude toward nomenclature affected both projects.) 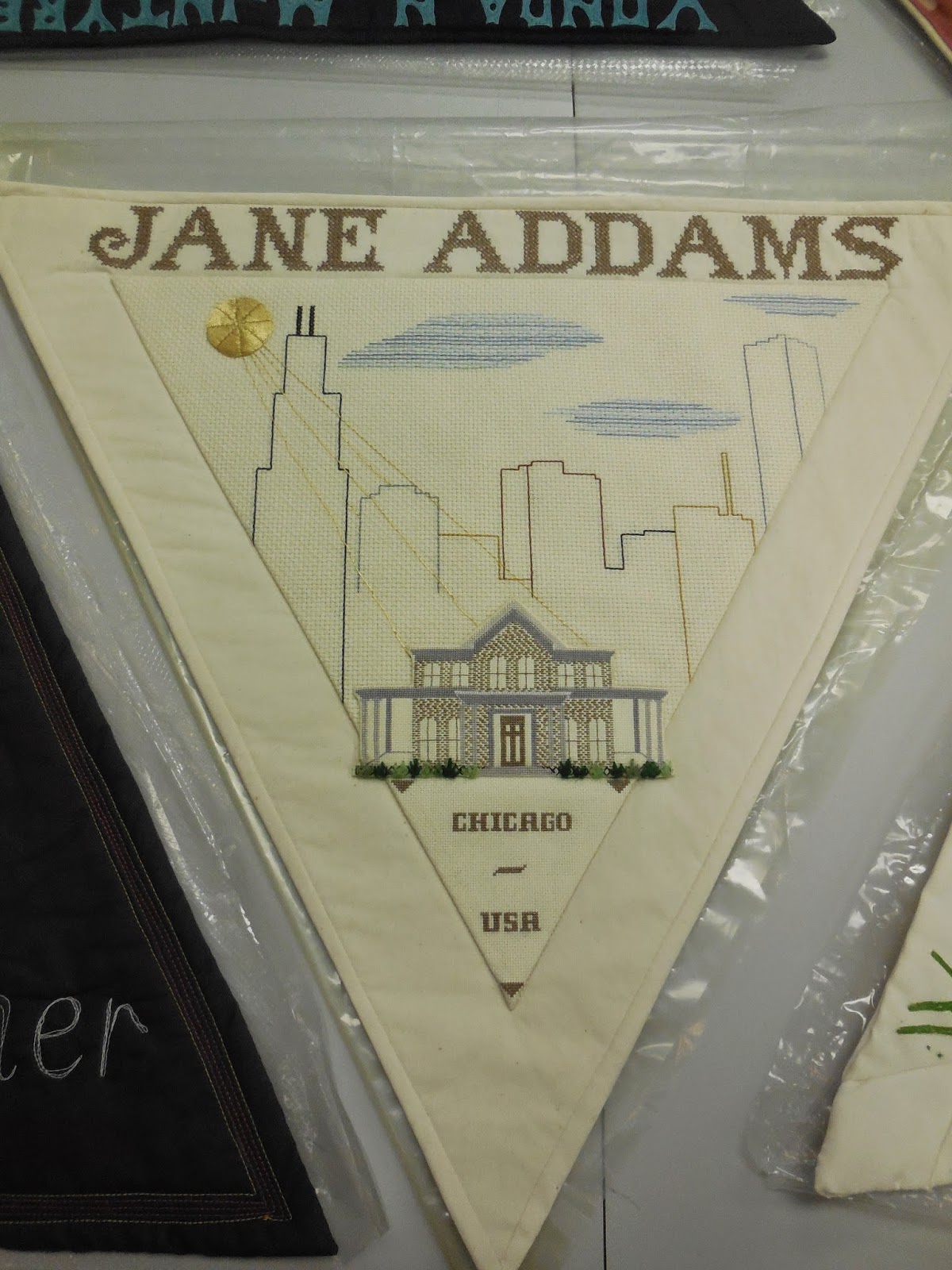 
When my fiber and textile art group met with the curators in August and got to see some of the panels, I raised this issue of nomenclature.  It didn't get much response from the curators, none of whom had much experience with fiber art, until I said, "I know that you must be really annoyed when people refer to your work incorrectly, using the terms 'painting' and 'print' interchangeably."   (Winces from the other side of the table; laughter from the assembly.)  "Well, that's the same way I feel when people don't use the term 'quilt' correctly -- it's like fingernails on the blackboard."

But I left the meeting with a feeling that the best -- perhaps the only -- way to be sure my concerns didn't become unpleasant realities was to get involved myself.  I was reassured that the curators had backed away from the earliest PR-release language touting the collection as "an artistic treasure" and were viewing it more as a sociological event, a remarkable outpouring of response from women around the world, embodying the ardent feminism that today seems quaint. 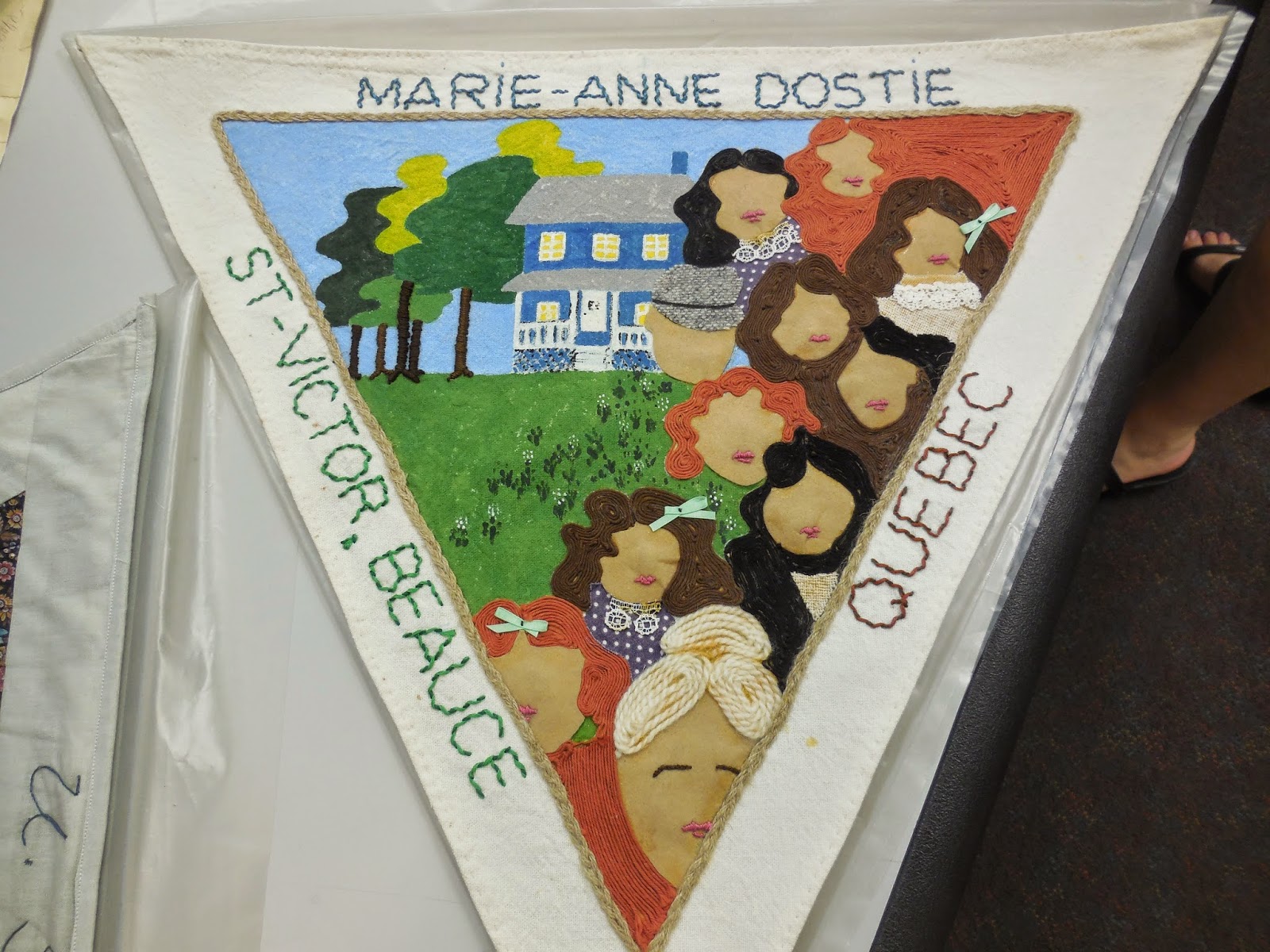 And I was determined to honor the work of these women by describing it correctly.  The curators said at the meeting that they hoped to get volunteer help from our textile group in the cataloguing, and I immodestly thought that I probably had as wide a knowledge of textile techniques as anybody else in the group.  So I told the professor in charge of the project to count me in.
Posted by Kathleen Loomis at 5:34 AM