Number one in the series


So a couple of months ago I attended a workshop where we were doing stitched shibori, the kind where you have to draw up the stitched fabric tightly, tie off the threads, and cut off all the long ends.  Found myself with a whole pile of cut ends on my table, and during a slightly boring presentation started tying them into knots.  Just plain old overhand knots, but if you kept tying knots upon knots they developed an interesting knobby texture that seemed intriguing.

I tied all my loose cut ends into the little pieces that were developing shape and substance, and then cut some new threads to tie in, longer ones so I could knot farther without leaving so many cut ends hanging out.  The following day, after we had dyed our shibori in indigo, I took out the stitching and knotted those threads, now a beautiful blue, into my little pieces.

The thread is plain old Coats and Clark upholstery thread, nice and strong, somewhat fatter than sewing thread, with a slight sheen.  After I used up all the bits left over from shibori, I bought a second color of thread and continued to knot.

For several weeks I've been making these little doodads and piling them on my work table, not sure of exactly how I wanted to finish and display them.  When something is only an inch or two long, you have to give some thought to display; you can't just plop it down on a pedestal and call it sculpture.  But just in time for Christmas, I figured out the answer -- at least, I figured out one answer, enough to get the first piece on its way to my friend.

I'll tell you more about the process and show you more pieces as I get them finished, but here's number one in the series.  I'm calling them "Specimens." 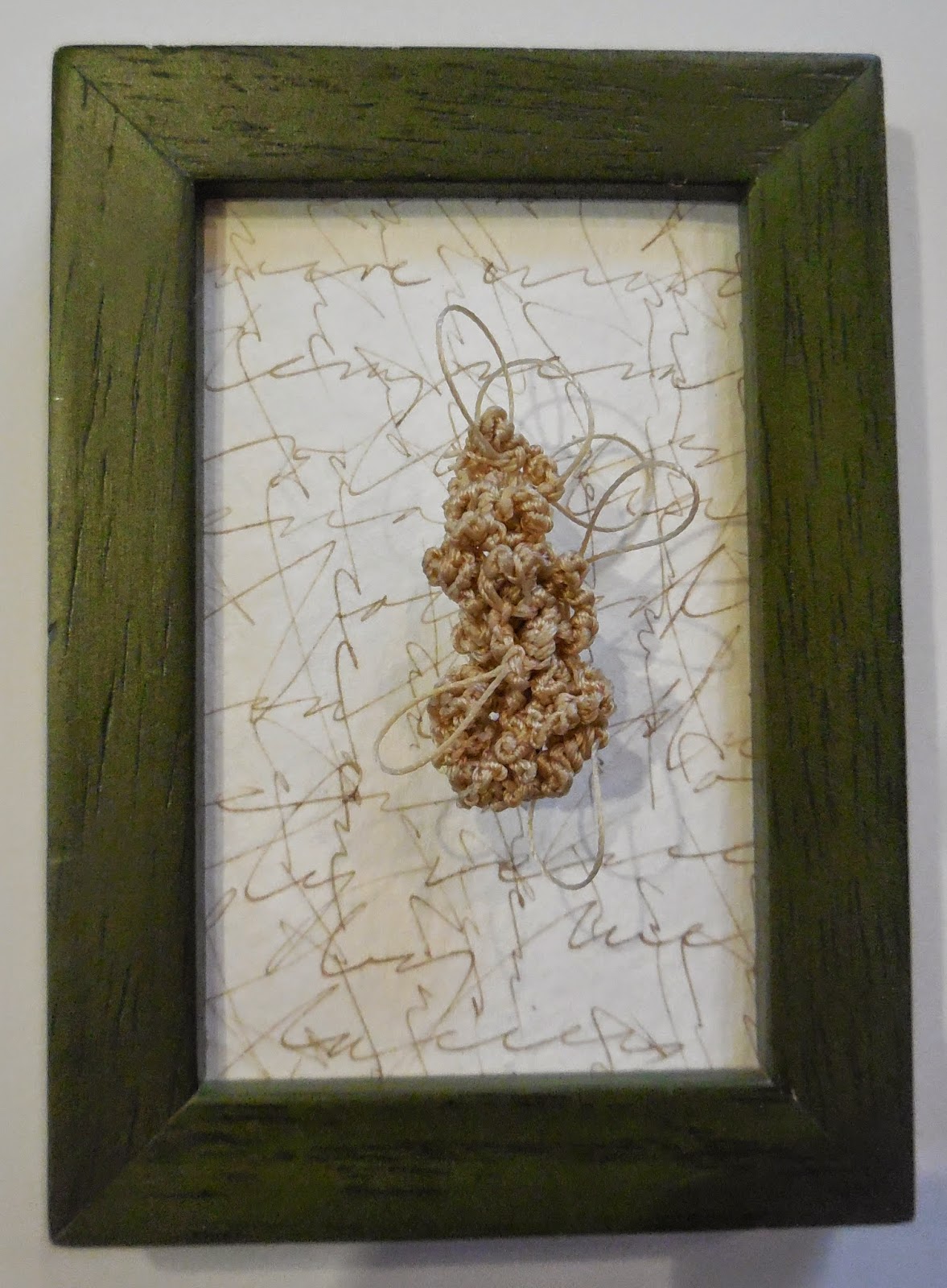