In the trashy weekend tabloid that appears in our Sunday newspaper, we read that an actress I've never heard of, starring in a miniseries about the four Biblical wives of Jacob, has "a newly acquired skill," thanks to filming the movie.

"I had to learn how to separate the wool that came straight from the sheep, clean it and put it on spools," she proudly tells the interviewer.  (I guess her immersion in useful fiber processes didn't extend to learning the actual terms for these newly acquired skills.)

She didn't think as much about the dust on location.  "We were covered the entire time we were filming," she complained. 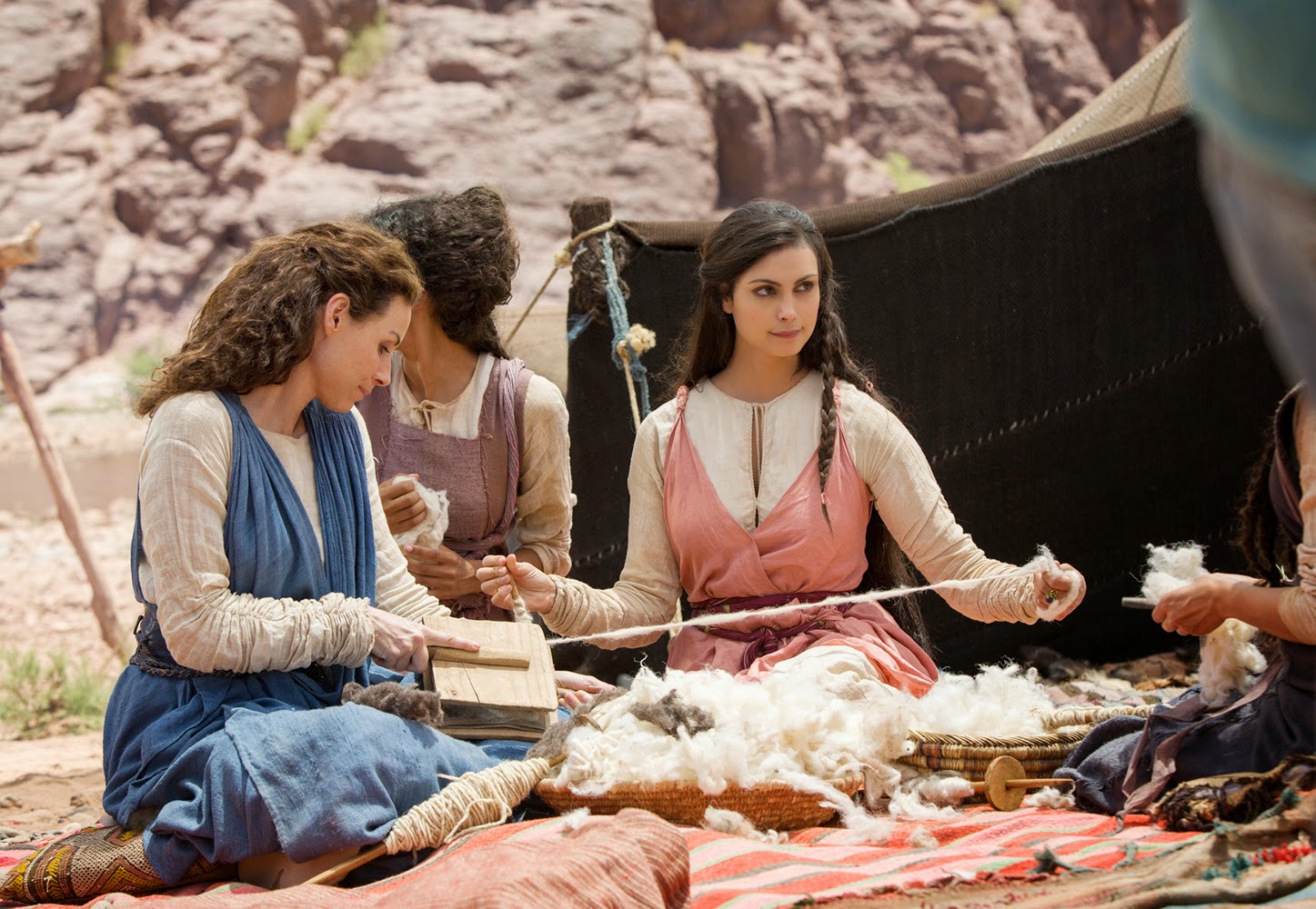 Here she (the one at left in blue) and her girlfriends pretend to be carding and spinning.  I'm no ancient history scholar but it strikes me that the clothes seem to come from considerably later times (check those gathered, set-in sleeves and that plunging neckline on the chick in pink.) Likewise, I'm no scholar of textile history but that carding setup also looks suspiciously modern.  And did they have lathes in Biblical times to turn those spindles?

And where's all that dust she was bitching about?

I am so sorry that I missed the miniseries, which ran earlier this week.