Writing about series that were canceled early -- ideas that got the old college try but for some reason failed to jell.  This series started in my first workshop with Nancy Crow, in 2003.  We were strip-piecing, and this assignment was to make six strip-pieced panels, then cut and rearrange them into a composition.  I loved the finished top; it used some of my all-time favorite colors (that lavender has appeared in many, many pieces) and I thought the composition was successful. 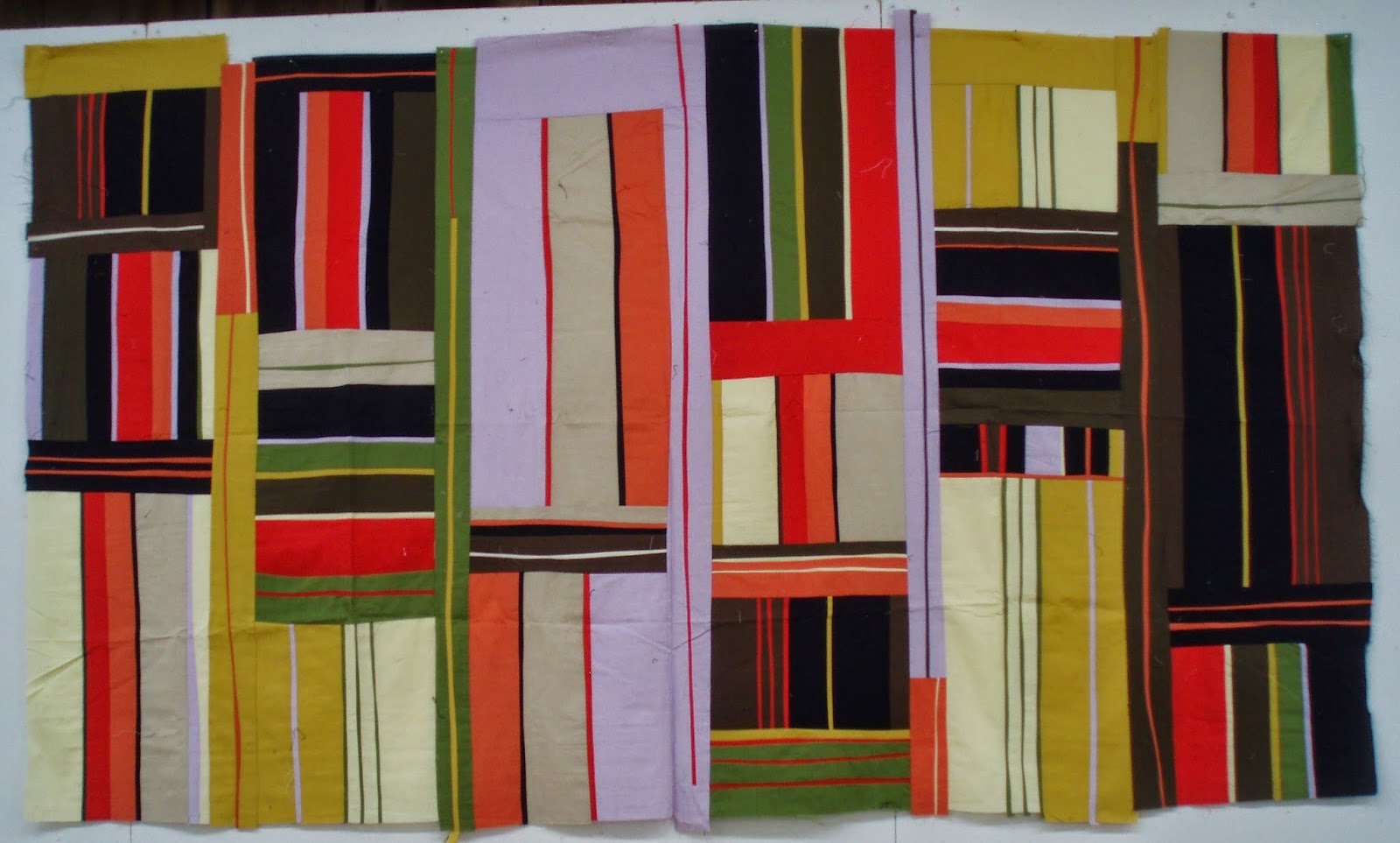 I never quilted it, although I can't remember why; I think I got sidetracked into finishing my alphabet series for exhibit.  But after that show, I returned to the series and made two more pieces.

My thought here was to make several strip-pieced panels, then as I cut and rearranged them I made two compositions instead of one.  They were twins, of course, with the same fabrics and strip patterns, but had different characters.  They were the same size and intended to be displayed side-by-side, but as it turned out, one was accepted into a traveling exhibit and went away for a while.  Meanwhile, the other one was shown a few places and even won the top award at an all-mediums show in a museum. 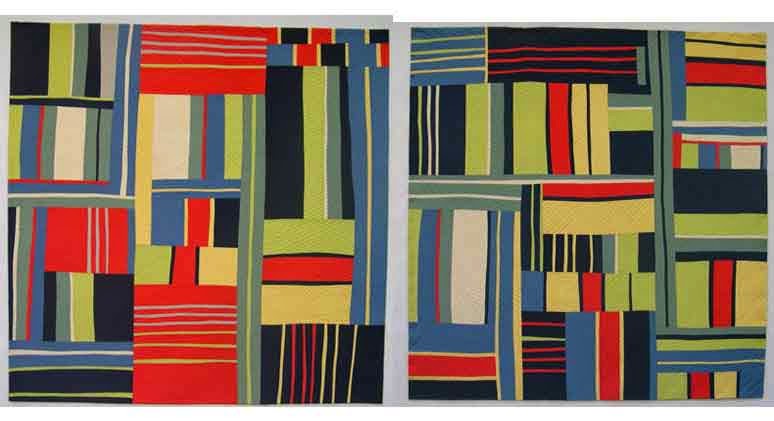 By this time I had attached a meaning to the series: newspaper layout.  I trained as a journalist and worked on a newspaper early in my career.  My father was a newspaper typographer and I grew up with thoughts of different layout patterns.

The artist statement I wrote for this series read: "These quilts are about newspapers.  From day to day the same stories keep reappearing – politics, war, weather, sports, scandal.  Today’s newspaper is different from yesterday’s in its details, but not in its recurring themes."

I spent some time with one of the books my father wrote about newspaper design, writing down several ideas that could constitute more quilts in the series.  For instance, "reverse pyramid" is a diagonal composition, describing how ads are placed at the bottom of the page, sloping up toward the top.  But somehow the list of titles and diagrams never got translated into fabric.  I got sidetracked into other series and priorities.

At first I thought I would be called back to the series after my father died, which happened in 2007.  But I wasn't.  In retrospect, I realize that the strip-piecing, a technique that I love and have taught in many workshops, is too closely associated with Nancy Crow, my friend and mentor.  While Nancy has been a huge influence on me, her gravitational pull is so strong that I have struggled to develop my own voice instead of succumbing to the easy temptation of working with strip-pieced panels.  I'm not sure I yet have the self-confidence to venture back into strip-pieced territory.

Bottom line: visually striking, emotionally and intellectually powerful, but too derivative to handle???