Perhaps you have come across examples of a new variety of art, call it performance art, participatory installations or relational aesthetics, in which the artist has various social interactions with the public that constitute the "art."  One of the long-time practitioners in this genre is Lee Mingwei, born in Taiwan, educated in the US and about to move from New York to Paris.

He also did installations in which he was not on premises, such as where different museum staffers would bring their own treasure collections to show and discuss with visitors; where visitors were invited to write letters to dead or absent loved ones; or where visitors could take a flower from the museum to give to a stranger encountered afterwards on the street.

Falling into the latter category is "The Mending Project," in which visitors are invited to bring a garment that needs repair, and an artist will mend it.  When Lee first performed this project, he was the mender/artist, but in a show that opened last week in my local museum, the Kentucky Museum of Art + Craft in Louisville, he will be absent and a bunch of volunteers will serve as the artists. 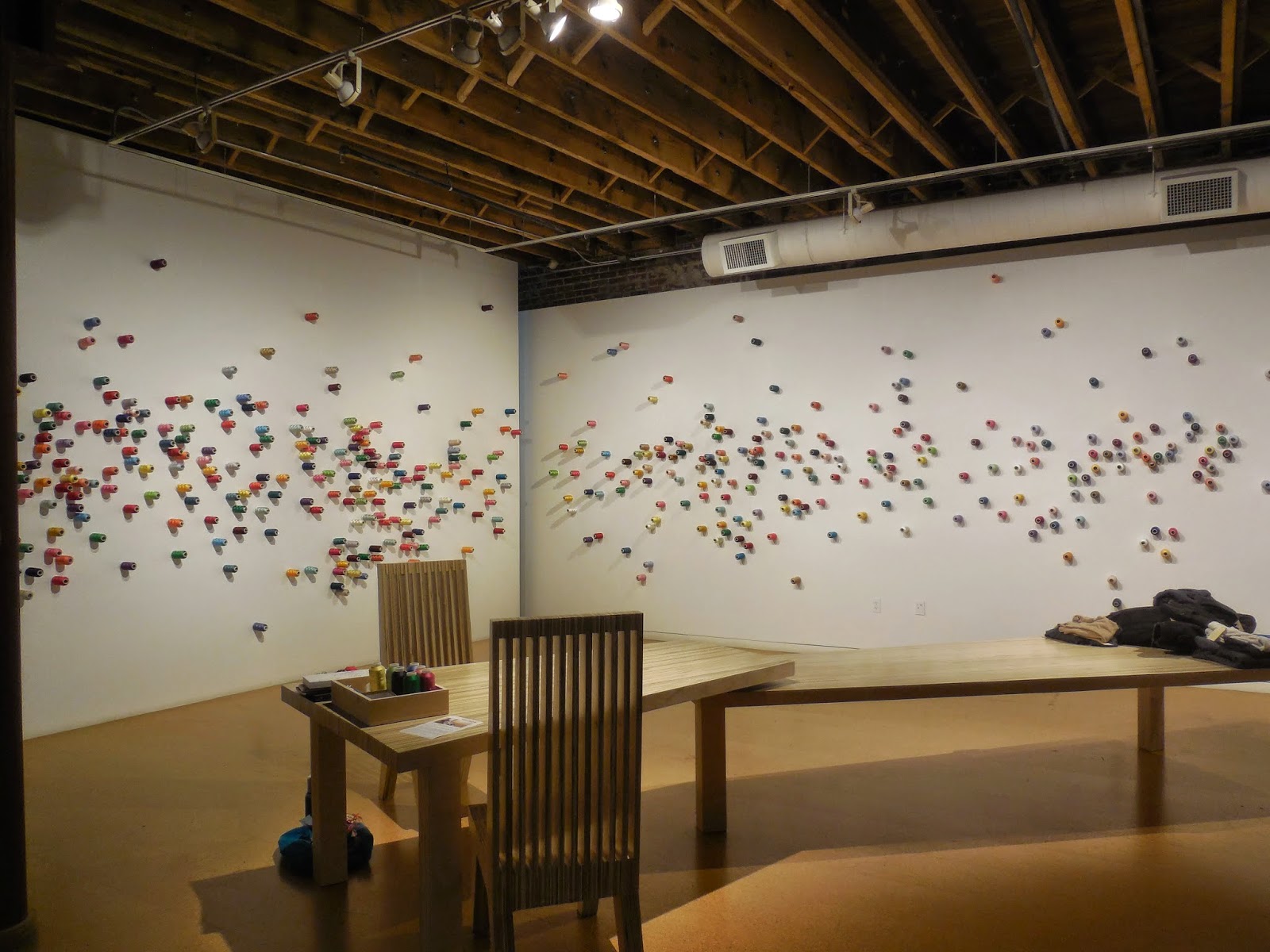 The Mending Project -- open for business

Since I've always thought of mending as an art form, and one which I love to do, I had to sign up for the project.  But going in, I confess to some ambivalence about various aspects of the operation.

First, what are the ethics of being asked to put on a show with one's name on it and then having the entire project executed by unpaid volunteers?  (I'm still chewing over the same question in regards to my other big volunteer commitment, the International Honor Quilt organized by Judy Chicago.)

Second, is it bait-and-switch to offer to mend somebody's garment and not actually do so in a functional manner?  We're hand-stitching with shiny polyester embroidery thread, which may hold up just fine for a little hole on the collar but isn't going to accomplish much if you ripped the seam on the seat of your pants.

I decided to attend the volunteer training program -- the only opportunity to actually meet Lee in person -- and sign up for a couple of shifts as an artist/mender, and see how I felt about it. I'll report on how it's going in subsequent posts.